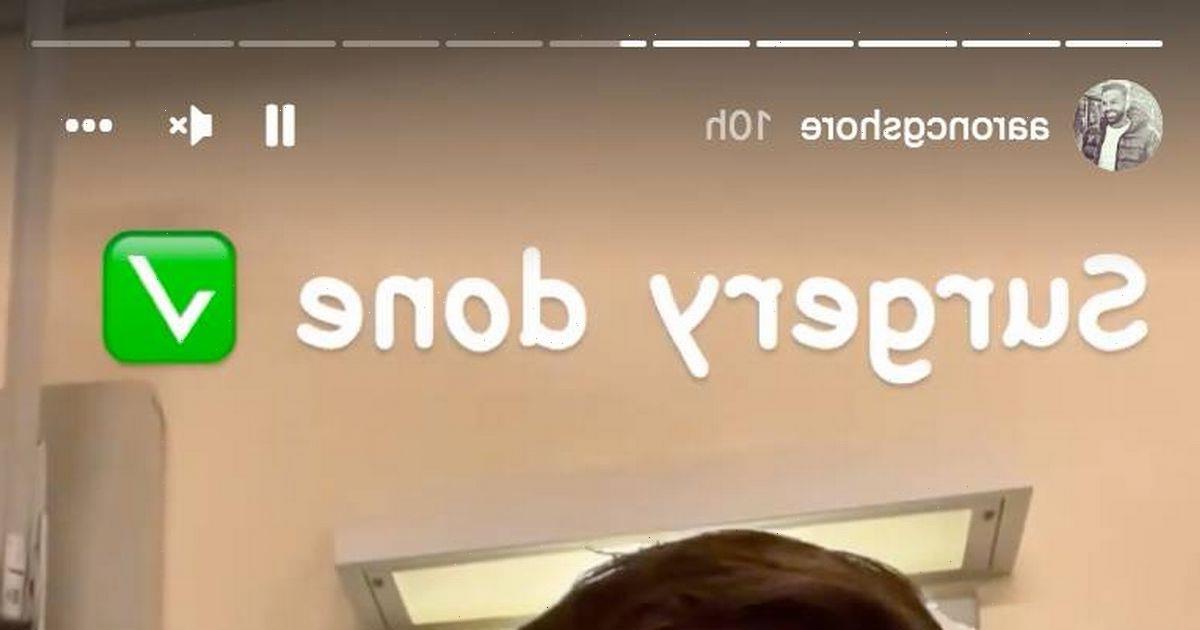 Ex-Geordie Shore star Aaron Chalmers was rushed to hospital for an emergency operation on his nose.

The reality star-turned-pro fighter shared pictures from his hospital bed with fans as he revealed he’d had to have a hematoma drained from his nose.

Sharing a photo of himself laying down on a hospital bed, Aaron wrote: “Emergency operation on the nose to drain a hematoma. Not ideal situation but a minor set back and back training ASAP ready for another fight date."

A hematoma is a pool of blood underneath the skin and they can be caused by injury.

The 34 year old also revealed he has a needle phobia as he posted a photo of a cannula in his arm, writing: “Worst part is done. Now just to wait for surgery!! Needles ain’t for me like.”

After the operation Aaron gave a thumbs up in a selfie that showed his bandaged nose and he later posted a photo of his girlfriend Talia Oatway delivering sweets and food to him while he recovered.

Leaving the hospital not long after, Aaron gave fans an update on his upcoming fight and said he planned to be recovered and back in action quickly.

Speaking to the camera with his face still bandaged up, Aaron explained: “So operation went well, my throat’s killing from that tube. I’ve got a drain in my nostril to drain the blood clot, which comes out on Saturday, but I’ve got to be careful because it can come back.

“So it’s gonna be a light few weeks of training, might go and have a holiday for a week and then get back at it.”

Aaron appeared on Geordie Shore between 2014 and 2018 and has also made appearances on Ex On The Beach and Just Tattoo of Us.

Taking to Instagram to announce the news, he shared an adorable picture of the tot, along with snaps with his mum and dad, and shared the little one's name.

He captioned them: "Welcome to world baby Maddox. He's 5 and a half weeks early but he's a healthy 5.5lbs and Mam and baby doing amazing @talia.oatway."

Aaron's celebrity pals rushed to send their congratulations to him and his family in the comments section.

Former Geordie Shore co-star Sam Gowland said: "Amazing. See use all every Sunday (Saturday for Aaron as well) when we are neighbours @aaroncgshore @talia.oatway."

The couple already share another son called Romeo, born in 2020.