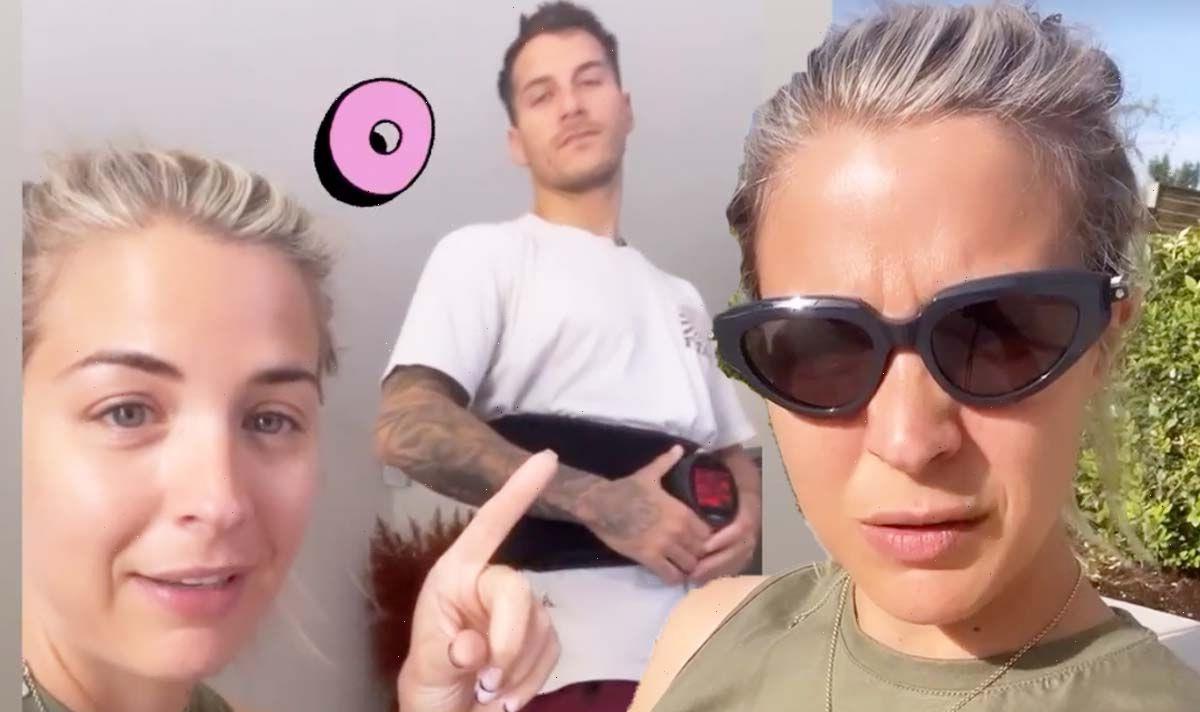 Gemma Atkinson jokes about how she 'bagged' Gorka

Gemma Atkinson, 37, shared a new update on Instagram today after fans inundated her inbox asking about her fiancé Gorka Marquez, 31. The professional dancer was forced to pull out of the Strictly Presents tour after struggling with a “painful” injury.

In view of her 1.8 million followers, the Hollyoaks actress clarified that her partner was “good” but felt “gutted” not to be able to dance with his dance partner Maisie Smith.

In last night’s video, Gorka could be heard sighing as he used a special belt to help him recover from his injury.

Gemma, who was recording the both of them, turned to him and said: “I just want to say, right? Gorka, I know you’re in a lot of pain, yeah? He was in a lot of pain the other day.

“But women are going to nod when I say this: it’s a really good job, it’s us who have babies and not you guys.

In a new update shared by the actress earlier today, Gemma said she had since been inundated with messages from concerned fans asking about Gorka.

Recording herself in her garden, Gemma said: “When I put up that video of Gorka last night I got lots of messages saying, ‘Oh, is he alright? He looks a bit sad’.

“No, he’s good. He wasn’t great the other day. He was in a bit of a bad way, but he’s just gutted not to dance.

“He was looking forward to dancing with Maisie again on this tour.”

Speaking about the pair’s daughter Mia, Gemma continued: “And Mia would have loved to have seen him dancing again.

“She loved watching him dance with Maisie… That b****y Salsa… we watched it about eighty times.”

The TV star concluded: “But, yeah, he’s got to prioritise his health, but he’s had his scans and he’s had his treatment so he’d be on the mend soon.

“Rehab, recovery and on the mend – but he’s good.

“He’s got lots of painkillers. So I’m getting a bit of peace at least.”

Gorka announced his withdrawal from the Strictly tour earlier this week in an Instagram statement.

He said: “I am so sad to announce that, following medical advice, I have to withdraw from the ‘Strictly Presents’ tour.

“During the ‘Strictly Professionals’ tour I suffered an injury that, with treatment and care, let me carry on through the last few weeks of the tour.

“Unfortunately last week I had a flair up of my injury causing me a lot of pain and problems, even to walk.

“Following the advise from doctors and physios, I have had to stop my involvement in this new tour.”