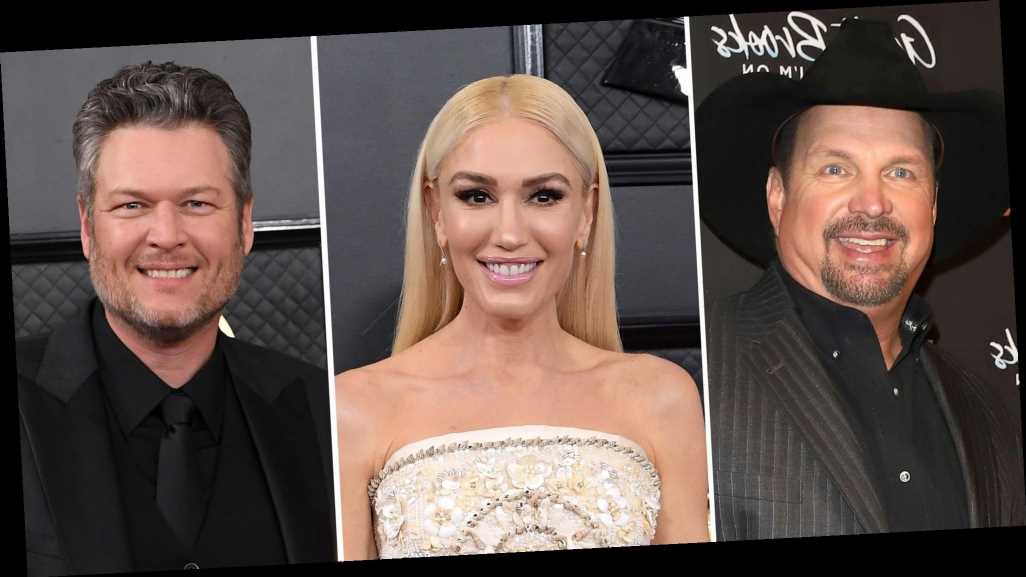 Lucky in love! Garth Brooks is confident that Gwen Stefani has found the best partner possible in his longtime pal Blake Shelton.

“Blake’s one of those guys that’s got no secrets. He’s not going to change on you,” the “Friends in Low Places” crooner, 58, told Access Hollywood on Thursday, November 19. “He’s going to be the same, which is a blessing. So, I think she’s extremely lucky,”

Garth added, “I love that man, I really do. And I would love to get a chance to know her, because good people hang with good people, and he’s solid.”

Us Weekly broke the news in November 2015 that Stefani, 51, and Shelton, 44, were dating after ending their respective marriages earlier that year. Shelton had been married from 2011 to 2015 to Miranda Lambert, who went on to wed Brendan McLoughlin in 2019. Meanwhile, Stefani split from Gavin Rossdale in 2015 after nearly 13 years of marriage. The former pair, who share sons, Kingston, 14, Zuma, 12, and Apollo, 6, finalized their divorce in 2016.

After five years of dating, Stefani and Shelton announced their engagement via Instagram on October 27. The duo shared the same photo of themselves kissing as the No Doubt frontwoman flashed her new diamond sparkler.

“@blakeshelton yes please! ??? ,” Stefani captioned her post, while Shelton wrote, “Hey @gwenstefani thanks for saving my 2020 … And the rest of my life. I love you. I heard a YES!”

The “God’s Country” crooner was very “traditional” in how he approached the proposal, a source exclusively told Us. “Blake had the ring custom-designed, and asked permission from her dad before asking Gwen,” the insider added. “It meant so much to Gwen.”

Before getting engaged, a source told Us exclusively that the couple “have been in prenup talks for a few months.” They have had an “extremely effortless” process with “no hiccups, or outrageous demands” on either side. The “Make Me Like You” singer didn’t have a prenup during her marriage to Rossdale, and the insider noted that “she just can’t afford to not have it with Blake.”

Stefani and Shelton have been quarantining together throughout the coronavirus pandemic. In July, the country star shared the positive experience he has had being stuck in close quarters with his now-fiancée.

“You wake up and look at the news and you’re starting to realize that this quarantine is not working out too well for a lot of people who are finding out they didn’t, they don’t like being around each other as much as they thought they did, which is terrible,” he said in an interview with SiriusXM’s Storme Warren. “[Gwen] and I have experienced the opposite, you know, and we’ve been having a blast.”