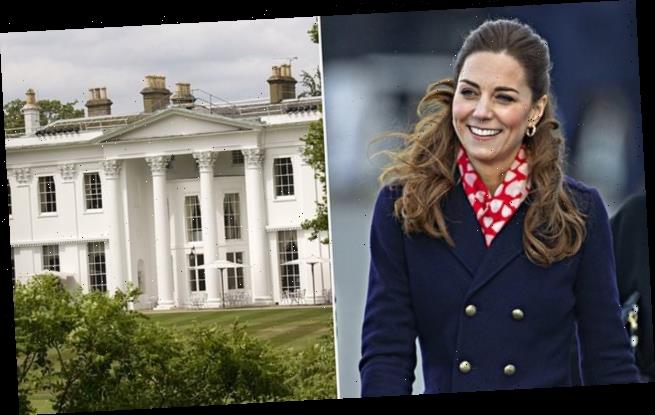 The Hurlingham Club is patronised by the Duchess of Cambridge and her family, but for how much longer?

A London council’s aggressive tactic to prevent ‘outsiders’ using its cut-through roads could result in Kate Middleton and her staff being fined £130 each time she visits her favourite tennis club.

Members of the prestigious Hurlingham Club are making a racket over Labour-controlled Hammersmith & Fulham Council’s boast that it now has Advanced Number Plate Recognition cameras, which it plans to use to discourage out-of-borough drivers from using its roads as cut-throughs, as part of its traffic-calming measures.

Several roads around the prestigious Hurlingham Club have been targeted as ‘permit only’ zones, which means careful navigation is required in order to avoid a hefty fine. ‘If this scheme goes ahead it could mean the club has to log all royal number plates and send them to the council to prevent the Cambridges and their staff being fined £130,’ harrumphs one stalwart member. Another tells me: ‘It’s absolutely preposterous. It going to cause all sort of mayhem.

‘It is also a disgrace, as the permit signs are so hidden on the roads, I know of members who have received a fine without knowing why.

‘I think Kate and William will just stop coming — they won’t want to give their number plates to the local council. There is also a security issue as well.

‘It is outrageous they have to let council officials know in advance when they are coming or risk getting a £130 fine. And it is not just their car, but their nanny and their security officers.

‘There are always at least two cars when they come.’ 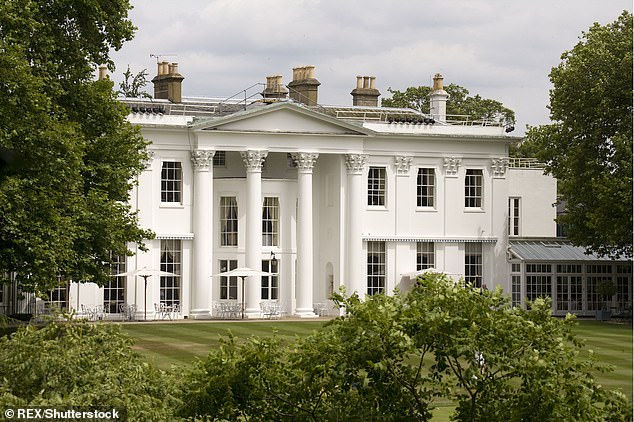 Several roads around the prestigious Hurlingham Club (pictured) have been targeted as ‘permit only’ zones, which means careful navigation is required in order to avoid a hefty fine

Kate loves visiting the Hurlingham with her friends and children, particularly during the summer months.

And the council insists she will still be welcome. ‘The Duke and Duchess of Cambridge are always welcome in H&F,’ says a spokesman. ‘Free access by road to the Hurlingham Club will continue as part of the environmental measures we are considering.’

As patron of the club, the Duke of Edinburgh will remain above the fray as he usually drops in by helicopter rather than car.

‘We always know when he is coming as they mow the lawn,’ says a member.

Time isn’t on Havers’ side for Stones movie

Smoothie actor Nigel Havers, 69, admits he is now too old to portray his distinguished late father, the QC and Tory MP Michael Havers in a film about the 1967 court appeal where Havers successfully defended Mick Jagger and Keith Richards on drugs charges.

‘I’ve been trying to make a film about it for 20 years but it’s on hold again thanks to Covid,’ he says. ‘I was going to play him myself [Havers senior was in his 40s] but I’m too old now. I shall have to cast a younger man.’

Afterwards, the Stones attended a party at Havers’ flat. Havers recalls of his father: ‘He never wore a stiff collar or a bowler again after then.’

Doctor Matt has got a new sidekick 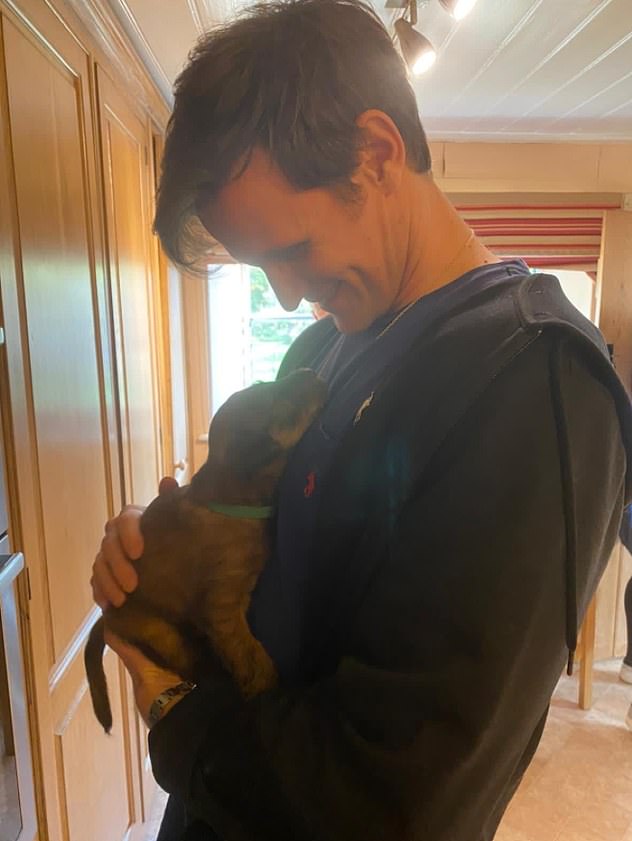 The Doctor Who star, 38, has acquired a new Irish terrier puppy with whom he is totally besotted. His mother Lynne shared a picture of the two cuddling online and is asking fans online for naming suggestions.

‘I’m so excited to welcome the latest addition to our family,’ she said.

Despite her diverse career, actress, singer and model Jane Birkin — after whom a Hermes bag is named — admits she’s never been truly happy.

‘Self-satisfaction is something I’ve never had. I have almost a superstition of having never been satisfied,’ says Birkin, 73.

‘I don’t like when people clap for you because you think, ‘If it’s been OK tonight, it won’t be tomorrow!’ I’m afraid someone will put their finger on just what you thought of yourself: you were not brave, you were showing off, you were nothing.’

Why life in the slow lane suits Georgia May… 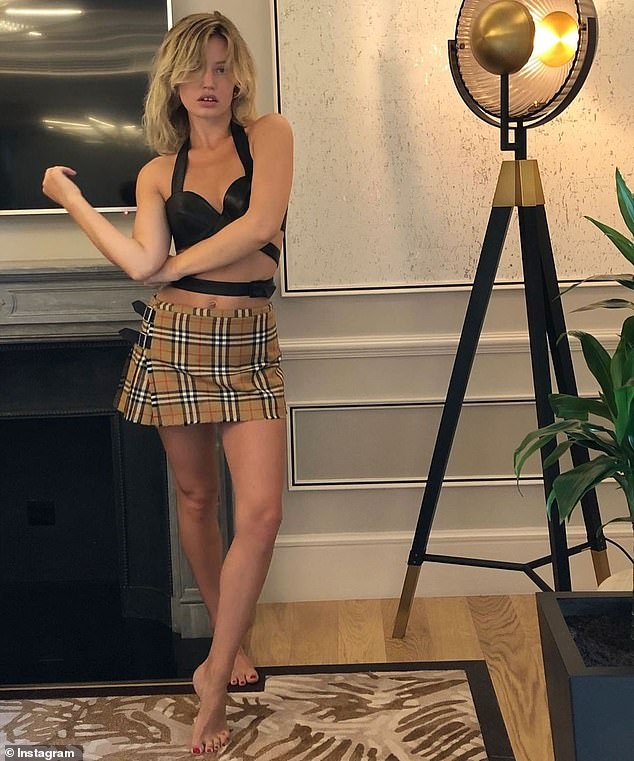 What’s a model to do when lockdown denies her photoshoots and fashion shows?

The 28-year-old Vogue cover star, who has walked for Chanel and Vivienne Westwood, yesterday shared a picture of herself modelling a Burberry miniskirt and black top just for fun. It was taken by her actress pal, Suki Waterhouse.

Georgia, whose mother is Texan model Jerry Hall, admits being locked down in New York with her boyfriend, restaurateur Louis Levy, has a silver lining.

‘I’ve found not getting on a plane every few days for work to be really beneficial,’ she admits. ‘I was probably travelling and living a bit too quick, you know?’

Saucy television chef Gizzi Erskine, 41, was left with a bitter aftertaste that really has lingered when the Guild of Food Writers snubbed her application to join the renowned professional association a while back.

Gizzi, the daughter of the 2nd Baron Erskine of Rerrick, says: ‘I remember when I tried to get into the Guild of Food Writers and they were like, ‘No, you’re too young, what do you have to say for yourself?’

‘I was so p****d off and it really stayed with me — and even now they want me to join them, I refuse because I feel so prickled by it.’ 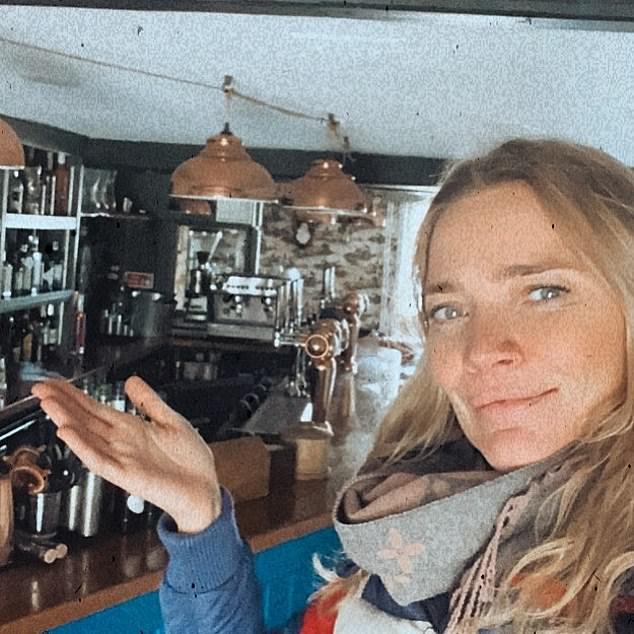 Model turned publican Jodie Kidd is especially thrilled that lockdown ends next week, as she can finally re-open her Sussex pub.

‘I’m so excited The Half Moon Kirdford will open after eight and a half months of closure,’ says Jodie, 42 (left).

‘We will open from December 4. We have missed everyone so much. It’s been touch and go whether we were ever going to open again. It’s been so tough, we cannot wait to welcome you all back.’

He must be one of the most photographed men on the planet, but Sir Paul McCartney hates having his picture taken by fans.

The Beatles star says he’s happy to talk to people, but when they ask for selfies with them it leaves him feeling a little exploited: ‘Come and have your picture taken with the monkey in St Tropez.’