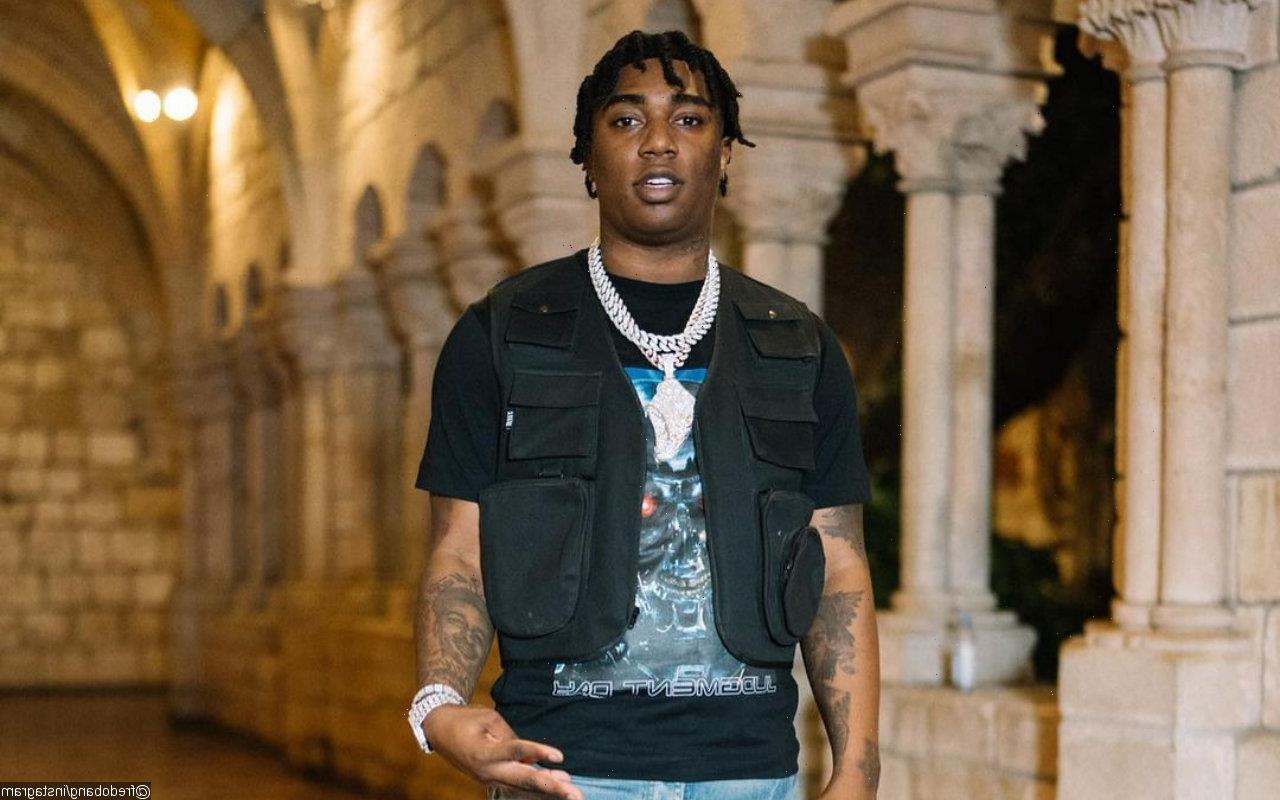 The ‘Oouuh’ rapper, who was busted in July for a parole violation, is expected to be extradited to Louisiana once he tests negative for the coronavirus.

AceShowbiz –Fredo Bang might need to self-isolate while behind bars. Less than a month after he was taken into custody by federal agents in Miami, the “Oouuh” rapper reportedly tests positive for coronavirus.

Reporting the news was Miami Dade Correctional Center. No further details were provided regarding the 25-year-old MC’s condition. However, he reportedly will be extradited to Louisiana once he tests negative for the virus.

Fredo, born Fredrick Dewon Thomas Givens II, was busted on Thursday, July 22 on a warrant from Louisiana for a parole violation. He was arrested just one day before he’s set to take the stage of the Rolling Loud Festival.

At the time of his arrest, the authorities reportedly discovered firearms inside Fredo’s South Florida home and a stolen vehicle outside the property. His lawyer Ron Haley, however, insisted he did not know that the vehicle was stolen.

“The vehicle did not belong to Mr. Givens,” the lawyer insisted at that time, according to the Miami Herald. “Mr. Givens does not have knowledge of the vehicle being stolen.”

Ron also argued that the raid at the hip-hop star’s house wasn’t necessary because he was already wearing a GPS monitor. The attorney additionally claimed the authorities “easily could have executed the arrest warrant Monday when he returns to Baton Rouge” to attend a court hearing.

Fredo’s arrest came just one day after his associate and fellow rapper Lit Yoshi was busted in Miami on a Louisiana warrant as well. The latter was wanted on an attempted murder charge in St. Tammany Parish.

The two rappers are unveiled to be part of Tob Boy Gorilla gang, who has been feuding with NBA Youngboy a.k.a YoungBoy Never Broke Again. They have been under investigation whether they had something to do with the 2019 shooting of YoungBoy that took place at the Trump Beach Resort in South Florida.