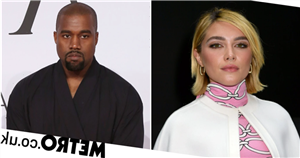 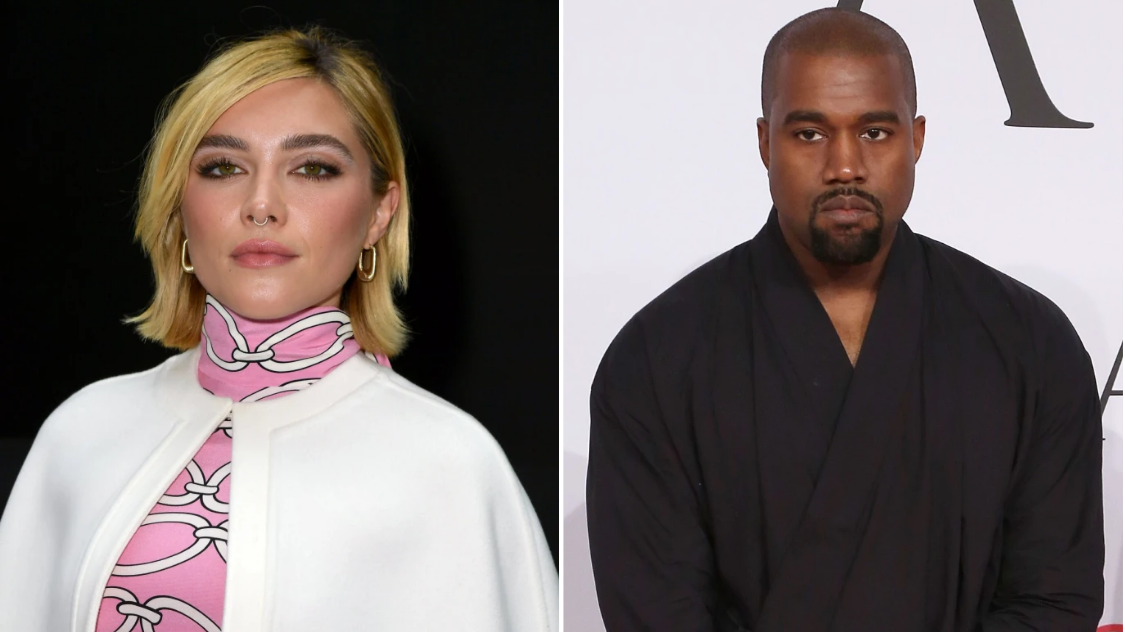 Florence Pugh has voiced her displeasure over the time it took Adidas to cut ties with Kanye West, following his anti-semitic comments.

The Praise God rapper has sparked outrage from fans and fellow stars over his anti-Semitic comments regarding the Jewish community in recent weeks.

After he was banned from both Twitter and Instagram for stating that he would go ‘death con 3’ on Jewish people, many have cut ties with the 45-year-old professionally – including Vogue Magazine and Balenciaga.

On Tuesday, sporting brand Adidas also declared that they would also no longer be working with the dad-of-four, in a move that is expected to cost them up to €250million (£217m) of their income in 2022.

However, Don’t Worry Darling star Pugh, 26, wasn’t afraid to call out the company on her Instagram for taking their time before making the decision to drop him.

Sharing a tweet announcing the news of Adidas dropping West to her Instagram Stories, Pugh wrote: ‘That was too long a wait for something so obvious.’

The German brand has enjoyed a lucrative partnership with the rapper until now on his extremely popular Yeezy line of trainers and clothing.

Announcing the news, the company shared a statement which read: ‘Adidas does not tolerate antisemitism and any other sort of hate speech. Ye’s recent comments and actions have been unacceptable, hateful and dangerous, and they violate the company’s values of diversity and inclusion, mutual respect and fairness.

‘After a thorough review, the company has taken the decision to terminate the partnership with Ye immediately, end production of Yeezy branded products and stop all payments to Ye and his companies. Adidas will stop the Adidas Yeezy business with immediate effect.’

Adidas then shared the figures for the ‘short-term negative impact‘ they expect the decision to have on the company.

According to Forbes, with his Adidas deal – calculated to be worth $1.5billion (£1.29bn) – scrapped, the musician and entrepreneur is now ‘no longer a billionaire’.

The publication reports that without the partnership, he is worth $400m (£345m), which stems from real estate, his music and the 5% stake he still owns in Skims, the shapewear company founded by ex-wife Kim Kardashian.

During a recent podcast appearance, the Grammy-winner had previously boasted that Adidas wouldn’t be able to axe their partnership.

‘The thing about me and Adidas is, I could literally say anti-semitic s**t and they can’t drop me,’ he claimed.

‘I could say anti-semitic things and Adidas can’t drop me. Now what?’

Since Adidas dropped West, Gap has echoed the move and pulled his Yeezy line from their stores with immediate effect. The website YeezyGap.com has also been taken down.

During a recent interview with Piers Morgan, West offered an apology saying: ‘I will say, I’m sorry for the people that I hurt with the Defcon… the confusion that I caused.

‘I feel like I caused hurt and confusion and I’m sorry for the families that had nothing to do with the trauma that I had been through.