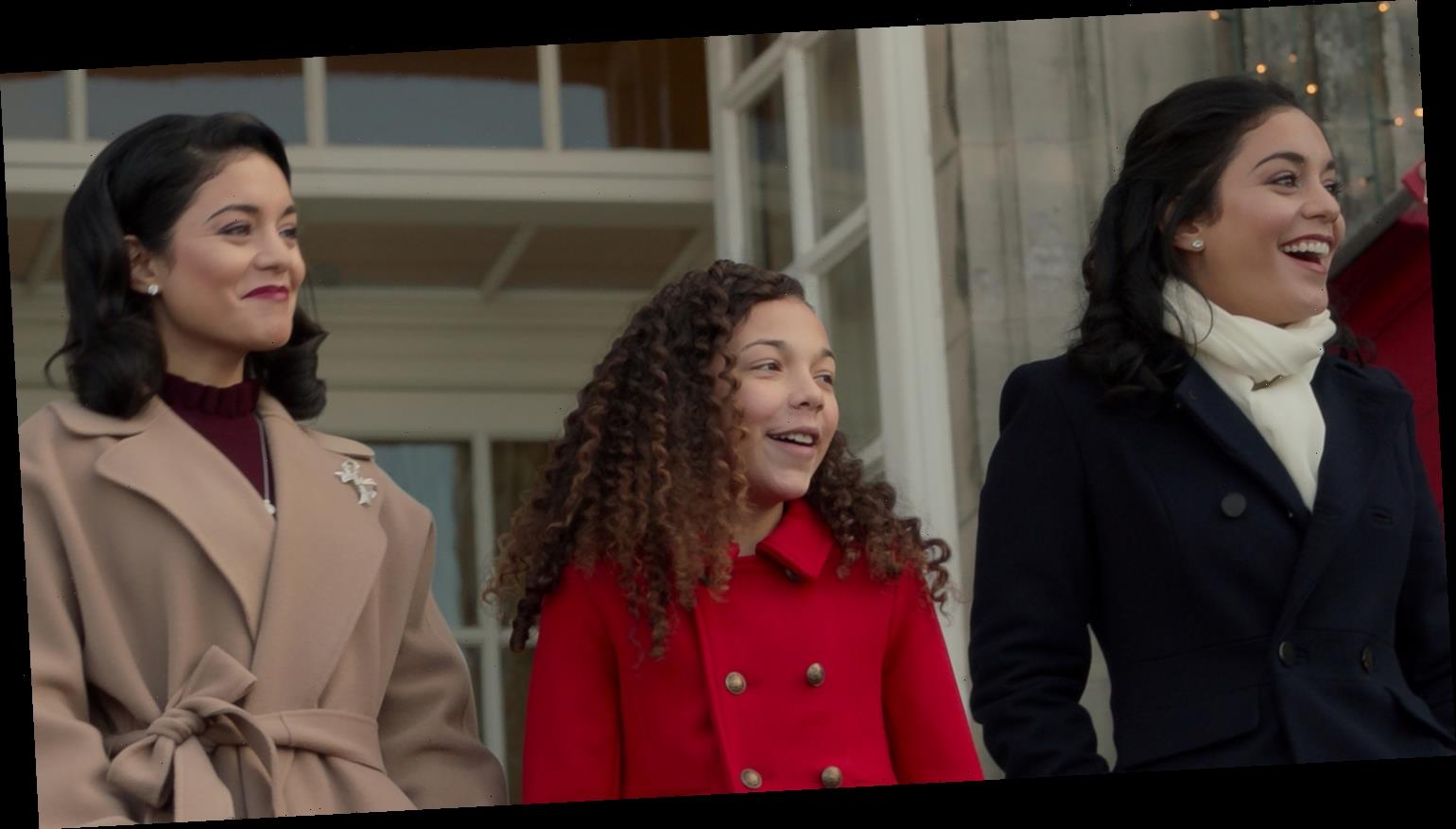 Vanessa Hudgens wears a beautiful gown and a crown in one of the first look photos at her upcoming sequel The Princess Switch: Switched Again!

The 31-year-old actress stars in the movie as both Stacy De Novo and Lady Margaret in the Netflix movie, alongside Sam Palladio and Nick Sagar.

Here’s a synopsis: When Duchess Margaret unexpectedly inherits the throne to Montenaro and hits a rough patch with boyfriend Kevin, it’s up to her double Princess Stacy of Belgravia to get these star-crossed lovers back together… but the course of true love is complicated by the appearance of a handsome royal who’s intent on stealing Margaret’s heart. Throw in the unexpected arrival of Margaret’s outrageous party girl cousin Fiona, a third look-alike who has ambitions of her own, and you have the recipe for Christmas triple trouble!

Not only do we get the photos, but we found out the sequel will premiere on November 19th on Netflix.

AND it was also just announced that The Princess Switch 3 is coming. Filming is set to begin later this year in Scotland, and premiere in the 2021 holiday season!!