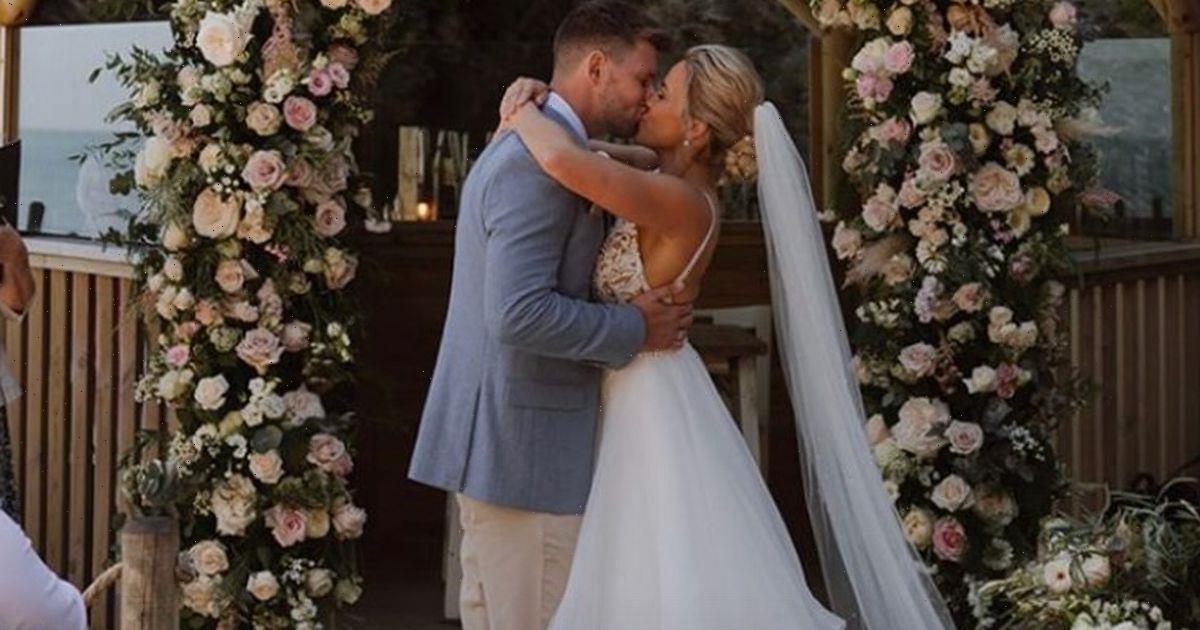 First Dates waitress Laura Tott has married her beau, known only as Sean, in a magical ceremony in Devon – and the bride looked incredible in a stunning gown for her big day.

The 27 year old made a name for herself on the hit Channel 4 show that follows people embarking on their first dates, hoping for romance to blossom, but it was Laura's own love life that was blossoming over the weekend as she said "I do".

Laura has kept her now-husband out of the limelight, with no photos of him on her social media, and she still kept him under wraps when she announced her engagement in June 2021. However, she's now shared glimpses of him in snaps posted to Instagram of their big day.

She reposted someone else's video of their first dance, where they stared into each other's eyes as they swayed to Shania Twain's You're Still The One, with the bride looking incredible in a princess-style gown with an embroidered and semi-sheer bodice that led to layers of tulle.

In one snap the blushing bride posted, she gave her 204k followers a glimpse at her hair and makeup, with her blonde locks pulled back from her face in an elegant chignon and a natural palette for her makeup look.

It looked like an epic party, with one reposted video showing some of the guests on each other's shoulders, and others with their hands in the air as they jumped up and down to Gala's massive dance track Free From Desire. Another reposted snap revealed some of the key parts of the wedding day, which the guest in question described as "the best wedding I've ever been to, absolute insanity".

The guest wrote that there was "a Radio 1 DJ to start the party off, an MJ [Michael Jackson] tribute turned up, followed by an amazing Irish band to top it all off". In another Instagram story post, Laura revealed that she and her new husband had got so drunk at their wedding that they hadn't cut their cake, and so had to do it in a Wetherspoons garden the next day – however, it looked like most of their wedding guests were there to see it.

Next up, Laura posted some swoon-worthy sunset shots of herself and her new husband kissing against an idyllic background of the sea and cliffs at the Devon spot where they tied the knot.

Laura announced her engagement on June 2, 2021, with snap of herself in a pool as she flashed her diamond ring.

Alongside the snap, she wrote: "Well I better get planning that hen do. always keep my relationship off social media and I love that it’s just for me, but wanted to share this with you all cos I’m absolutely over the moon. Hope you’re all enjoying the sunshine".