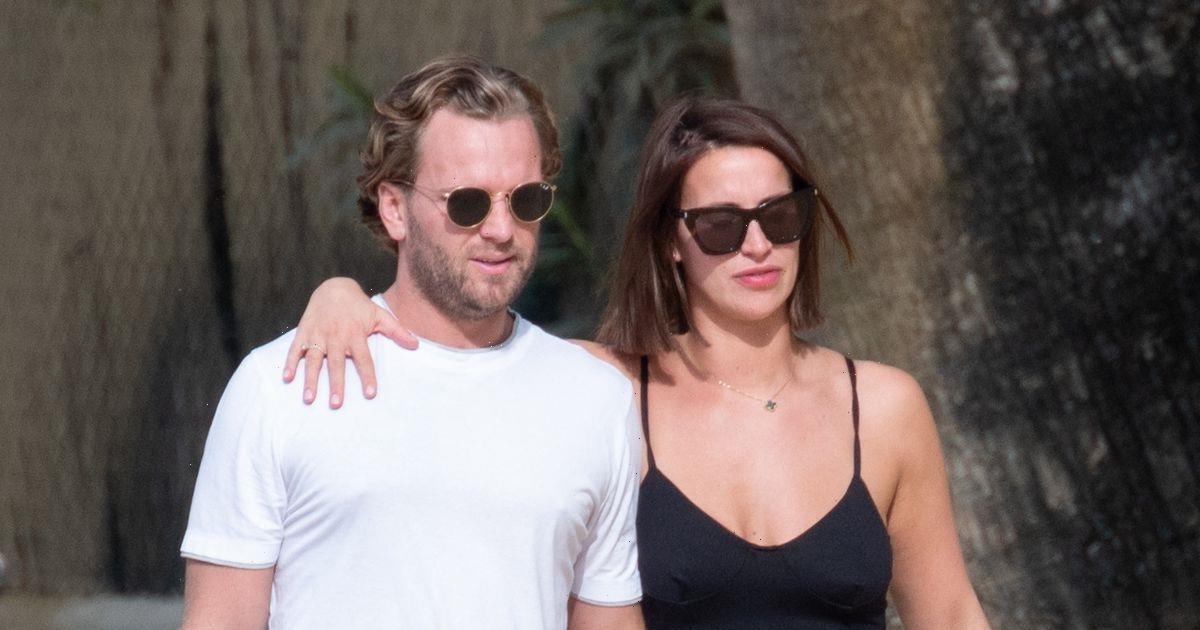 Ferne McCann was pictured with her fiancé Lorri Haines as the two enjoyed a holiday in Marbella, Spain, with the kids.

Ferne, who is currently embroiled in a rather nasty voice-note scandal with former friend Sam Faiers, was pictured enjoying the sun in Spain alongside her soon-to-be husband.

The former Towie star, 32, was pictured in a simple black dress which she paired with big sunglasses and some simple jewellery, while Lorri, 31, donned navy shorts, a white t-shirt, and black sliders.

The couple was joined by Ferne’s daughter, Sunday Skye McCann, 4, whom she had with Arthur Collins, who is currently serving a 20-year prison sentence for an acid attack he carried out in 2017.

Sunday was dressed in an adorable floral dress while Lorri’s son from a previous relationship matched his dad with navy shorts and a white t-shirt.

The family seemed in high spirits despite the ongoing issues between Ferne and Sam Faiers, 31, after explosive voice notes were leaked on social media.

The saga began earlier this year when an anonymous Instagram account began sharing voice notes, with most people claiming it was Ferne’s voice.

In one clip, fans heard who they believed to be Ferne call Sam the C-word while adding: "Her thighs are so big and I looked really skinny today."

Other clips saw Sam dubbed a “narcissistic b***h", and in another, the woman alleged to be Ferne took aim at Sam’s sister Billie and questioned why she named her son Arthur, given who Ferne’s ex is.

While neither Billie and or Sam have addressed the situation directly, Sam admitted to feeling “nervous” ahead of her first red carpet experience since giving birth.

Billie and Sam’s mum Suzie, who was recently hospitalised, took to Instagram in September to address the so-called feud.

She said: "Ferne has always been a very close family friend to all of us for over the past 20 years. It appears this voice note was sent just weeks after Samantha gave birth back in May.

"Since this voice note has surfaced more have been sent – very upsetting nasty things. We are as shocked as you are! Nobody should ever speak about their friends like this ever!"

Ferne broke her silence following her exit from Celebrity SAS: Who Dares Wins, and took to Instagram where she said: “What a journey. Taking part in @sas_whodareswins was one of the most humbling and toughest things I've ever done.

“I can honestly say it's changed my life. The whole experience makes you look at every single part of yourself – your strengths, your weaknesses, your deepest fears.

“It taught me resilience, self acceptance and that every moment is an opportunity for change. It's given me the confidence to finally confront difficulties in my life, deal with them and move forward.”

She added: “Just when you think you've got it all figured out life will always throw something else up, and as the DS say, it's about how you deal with it.”