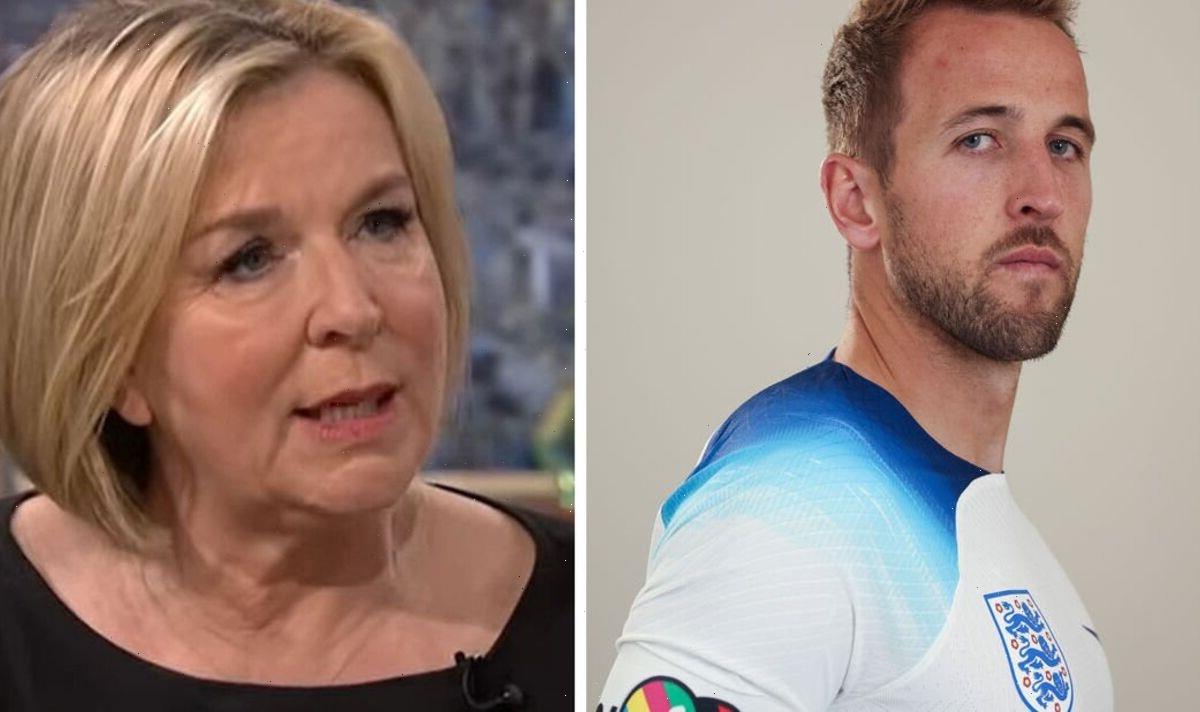 England and Wales to not wear #OneLove armband at World Cup

Fern Britton, 65, is one of many who have weighed in on the controversy about wearing the OneLove armband at the World Cup in Qatar. The accessory is a gesture of solidarity within the LGBT community, in a country where homosexuality is punishable.

Same-sex sexual activity is prohibited under the Penal Code 2004, which criminalises acts of ‘sodomy’ and ‘sexual intercourse’ between people of the same sex.

For months, captains have said they would wear the band and were willing to pay a fine as a punishment if it came their way.

However, in a turn of events, the likes of England, Wales, Belgium, Denmark, Germany and the Netherlands today announced they had decided to backdown as the move could result in them not being able to play.

Taking to Twitter, Fern voiced her thoughts on the matter.

The author shared an article which had the headline, ‘England and Wales decide not to wear OneLove armband at World Cup after FIFA threat’.

Many of her fans also weighed in on the controversy on her post.

Jess Rocks wrote: “No there shouldn’t be, but the reality is this is the Middle East we are talking about… What did they expect Fern?”

Mr Neale commented: “We should have boycotted the whole thing!”

The FA statement on Monday morning read: “FIFA has been very clear that it will impose sporting sanctions if our captains wear the armbands on the field of play. As national federations, we can’t put our players in a position where they could face sporting sanctions including bookings, so we have asked the captains not to attempt to wear the armbands in FIFA World Cup games.

“We were prepared to pay fines that would normally apply to breaches of kit regulations and had a strong commitment to wearing the armband.

“However, we cannot put our players in the situation where they might be booked or even forced to leave the field of play.

“We are very frustrated by the FIFA decision which we believe is unprecedented – we wrote to FIFA in September informing them of our wish to wear the One Love armband to actively support inclusion in football, and had no response.

“Our players and coaches are disappointed – they are strong supporters of inclusion and will show support in other ways.”

Broadcaster Alex Scott proudly wore the armband while discussing the England VS Iran game on the BBC today.

Another wrote: “Brave from Alex Scott.”

Suzy Wrack typed: “Alex Scott is an absolute superstar in every way and the way she is using her platform, once again, is superb.”

England won 6-2 against Iran in their first World Cup match this afternoon.