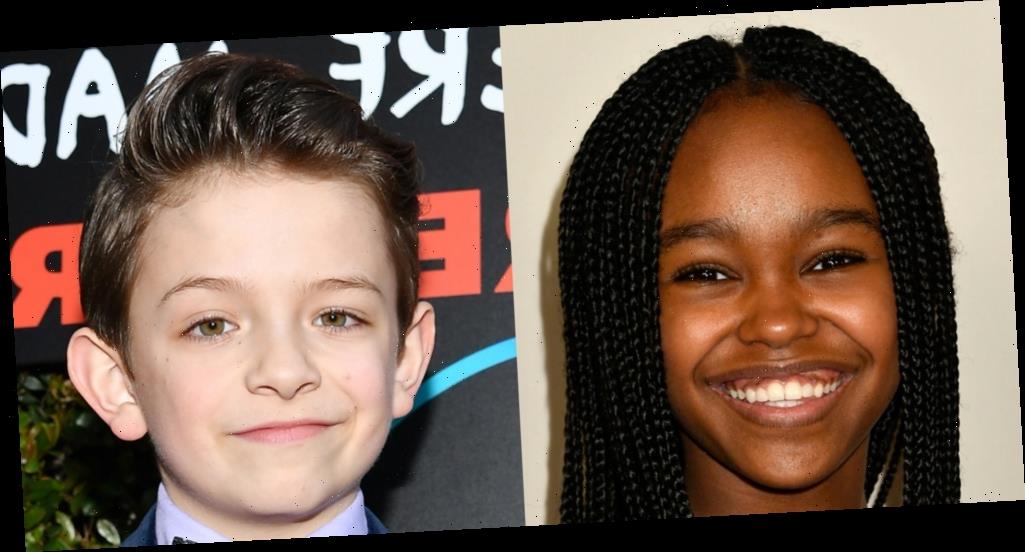 Lidya Jewett and Winslow Fegley will be starring in a new Netflix movie together!

The young actors have been cast alongside Krysten Ritter in the film Night Books, based on horror-fantasy children’s book by J.A. White, Deadline reports.

Night Books “follows Alex (Fegley), a boy obsessed with scary stories, who is imprisoned by an evil young witch (Ritter) in her contemporary New York City apartment. He meets Yasmin (Jewett), who is also trapped there, and learns he must tell a new scary story every night in order to stay alive.”

Lidya has previously been in a Netflix movie when she played Kari in Feel The Beat with Sofia Carson. She can also be seen in Good Girls, which has the first two seasons streaming on Netflix.

Winslow is most known for starring in the Disney+ film Timmy Failure: Mistakes Were Made. He also co-starred in the Disney Channel show Fast Layne, and he appeared as a pre-teen Freddie Highmore in an episode of The Good Doctor.