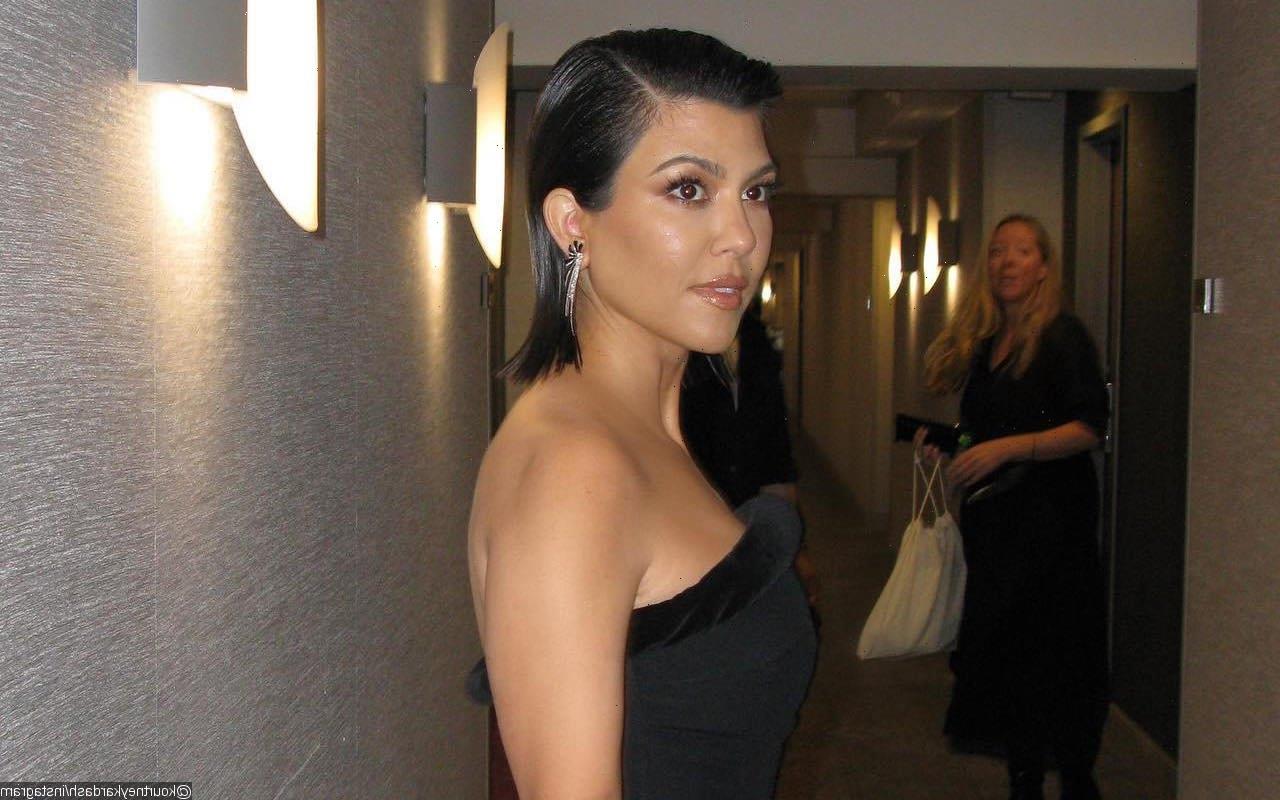 When showing off some dance moves with her fiance Travis Barker on the red carpet, the ‘Keeping Up with the Kardashians’ alum can be seen sporting a possible baby bump.

AceShowbiz –Kourtney Kardashian may really have a bun in the oven. The “Keeping Up with the Kardashians” alum apparently has convinced some fans that she’s pregnant after she appeared to show off her baby bump in her tight dress for the Oscars.

In a clip shared by E! News on its Instagram account, the Poosh founder could be seen posing on the red carpet with Travis Barker. While doing some dance moves with her fiance, the 42-year-old reality star could be seen sporting a possible baby bump.

As for Travis, he looked dapper in an all-black suit designed by Maison Margiela. The Blink-182 drummer, who performed alongside Oscars music director Adam Blackstone, percussionist Sheila E. and more, also added black Prada sunglasses and a diamond pin on the lapel.

In the comment section of the video, many fans believed that Kourtney is expecting a baby with the 46-year-old drummer. “She’s pregnant for sureeee,” one fan noted. Another chimed in, “Umm she preggo def.”

“Who else sees that baby bump??” someone else asked. In the meantime, another person said that the mother of three is having “a pregnant glow.” A fifth commented, “Is she pregnant?? She is glowing!!!!!”

Meanwhile, one Instagram user insisted that Kourtney isn’t pregnant. “She’s not pregnant y’all. She spoke on this. She’s going through pre-menopause and she’s bloating and going through a tough time!” the said person argued.

In an episode of “The Kardashians”, Kourtney revealed that she underwent IVF treatment as she’s trying to have a baby with Travis. However, she said that the medication put her “into menopause.”

“Literally into menopause,” Kourtney told her mom Kris Jenner, who appeared shocked by the confession. “Based off of what? A drug?” asked the momager. Kourtney quickly replied, “Yes.”

Kourtney also told Kris that she faced social media backlash as she “gained so much weight” due to the treatment. She said, “I’m, like, it’s so rude to comment on people when you have no idea what they’re going through.”