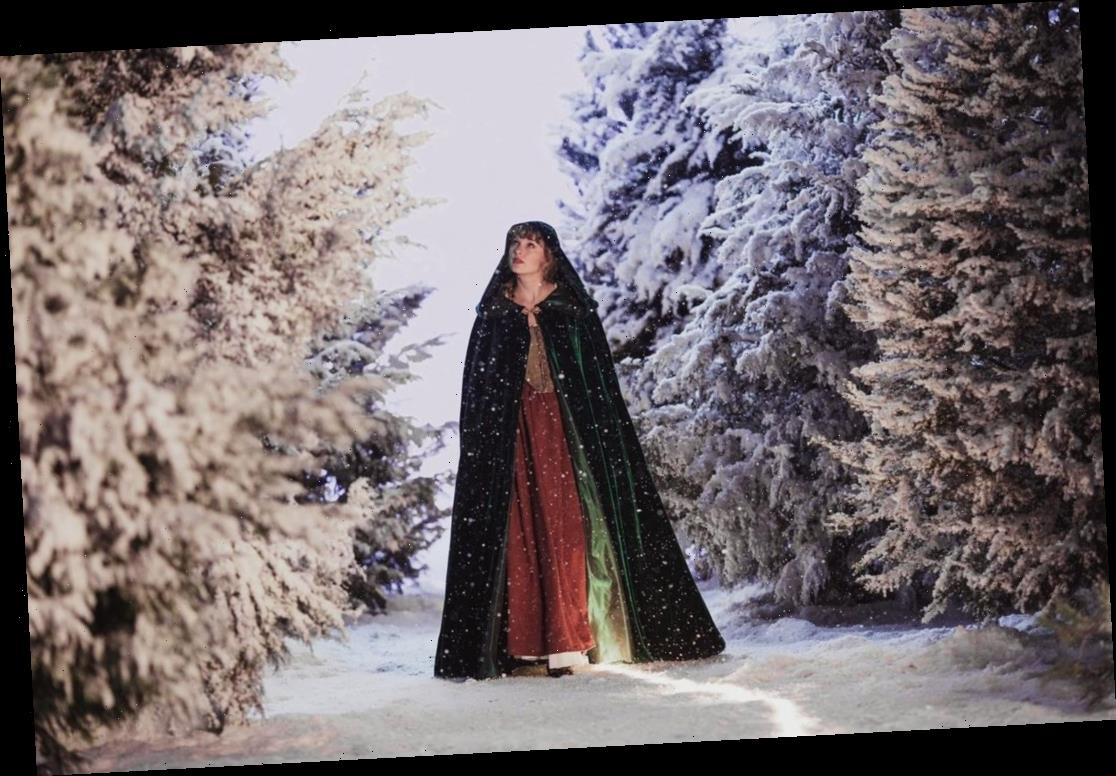 In case you hadn’t noticed, Taylor “HER MIND” Swift released yet another (surprise) album last night, and the internet is positively replete with conspiracy theories. Like, did you know that “dorothea” is about Selena Gomez? You do now.

But there’s one theory that is even more !!! than the rest: fans think Taylor is about to release ANOTHER sister album called woodvale, which she recorded at the same time as folklore and evermore. I’ll give you a moment to dry heave into a bag and fire off some tweets. Cool, now let’s break down the evidence:

A) Taylor Clearly Made a Ton of Music in Quarantine

We know she’s been extremely prolific—in fact, she said so herself on Twitter while explaining evermore’s surprise drop:

Honestly, even the language in this post has woodvale easter eggs. It’s literally an entire damn woods metaphor!

To put it plainly, we just couldn’t stop writing songs. To try and put it more poetically, it feels like we were standing on the edge of the folklorian woods and had a choice: to turn and go back or to travel further into the forest of this music. We chose to wander deeper in.

B) She Literally Hid “Woodvale” in Folklore’s Album Art

See? It’s right there in the trees, waiting to be found.

Did you guys see it too?? This is from “hide and seek” #folklore cd

Initially, fans thought “woodvale” might be a song, but when evermore dropped and “woodvale” wasn’t on the track list, theorists pivoted to another folklore sister album:

woodvale will be the third #TaylorSwift album which will come out in the spring and it’ll be like a trilogy- woodvale, evermore & folklore pic.twitter.com/HSlGGR0tIi

“tonight the story continues” the story isn’t over yet, i think evermore is the second album of a trilogy and ts10 will be released sometime during 2021 and it will be called “woodvale” pic.twitter.com/vgD71ZRQlw

First of all, it’s a street in London—where Taylor’s been spending time with Joe Alwyn:

ohhhhh someone said “woodvale” is the name of an avenue in croydon, london pic.twitter.com/gm7215k7H5

And on top of that, a fan noticed that this very specifically named property just sold in the lakes district, which she wrote about on folklore…

omg woodvale is literally a property in THE LAKES DISTRICT near LAKE WINDERMERE and IT HAS BEEN SOLD??? TAYLOR I SEE YOU!! #folklore #evermorealbum #woodvale #ts10 pic.twitter.com/di98cEWDjG

D) Folklore Has a TRILOGY of Songs

“Betty,” “Cardigan,” and “August” are a trilogy, and call me crazy, but I think that in itself is a clue that Taylor’s third sister album is coming. At least one person agrees with me, so therefore I’m not losing my mind. It’s fine! I’m fine!

i saw a tiktok pointing out the “woodvale” in the trees of this cover and how the first album had the “trilogy” of songs….. pic.twitter.com/Qy93Aum6Et

At least, according to this person’s conspiracy theory, which is, frankly, art:

the MV for willow ends with them leaving the cabin and going into the woods. Finalchapter to her escapism, leaving her toxic place and entering a new world with her loved one. Credited: @NFR_Track7 pic.twitter.com/3oWgLlkJH3

Fans have been obsessing over Taylor’s cardigan sales for a while now due to only one of them saying “folklore.” But now that we know about evermore, it just MAKES SENSE that the third cardigan represents woodvale:

Kay that’s all, but we’ll be updating this as more evidence about the existence of woodvale comes out.