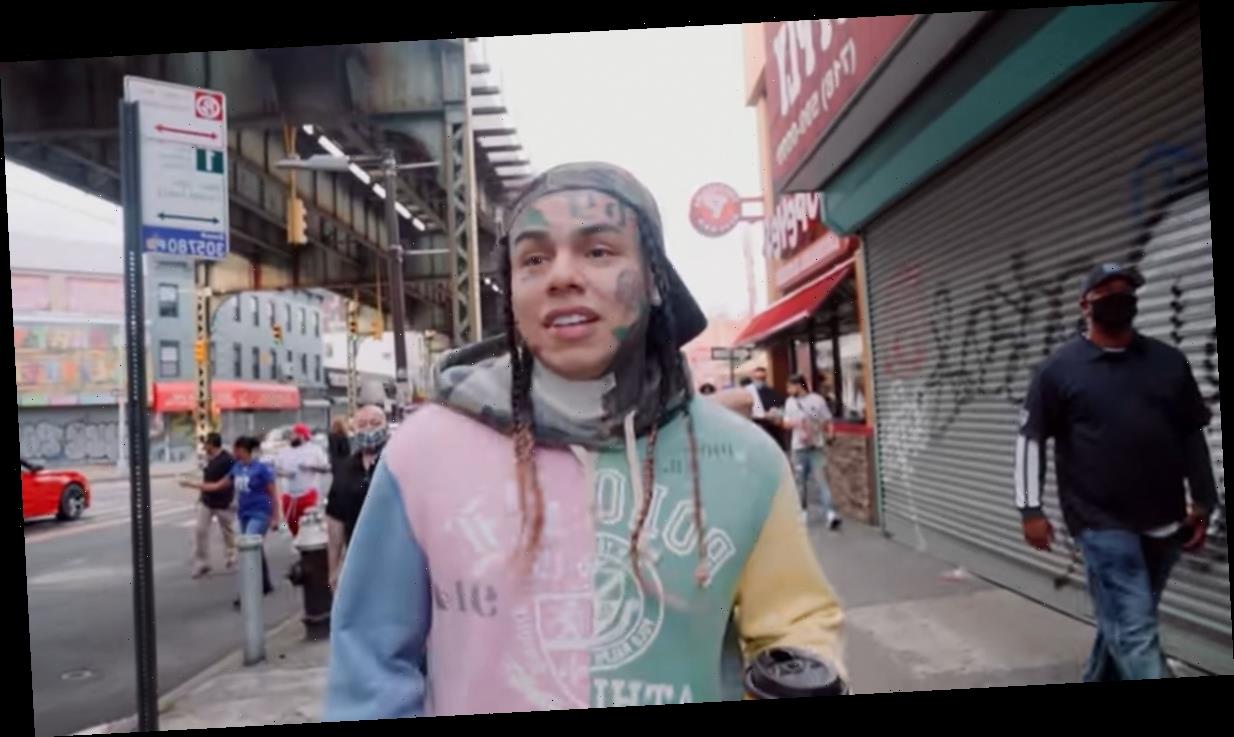 Following reports earlier in the week that rapper Tekashi 6ix9ine was hospitalized due to overdosing on a weight loss pill and caffeine, false rumors began sweeping the internet that the rapper had died.

Tekashi 6ix9ine (Daniel Hermandez) had a medical emergency after taking twice the recommended dose of Hydroxycut weight loss pills. He reportedly had to be hospitalized on Tuesday after the pill caused him to start sweating and his heart rate increased.

6ix9ine denied allegations that he was abusing drugs. He reportedly said that the strict terms of his probation required him to remain drug-free. However, after gaining weight in prison, he began taking weight loss pills to trim down from 200 lbs to 150 lbs.

Although some sources characterized the drug overdose as a possible suicide attempt and said that Tekashi has since been released from the hospital and was recovering at home, other sources started circulating rumors that the 24-year-old rapper had died.

Some sources of the rumor even tweeted obituaries announcing the death of the rapper.

According to one rumor source, someone found 6ix9ine unconscious and called paramedics. But the paramedics were unable to revive him, and he was pronounced dead on the scene.

The false report spread quickly on social media, causing shock and dismay among the rapper’s fans.

Many shocked fans took to Twitter to say they heard that 6ix9ine had died. Others tweeted inquiries to clear their confusion over the conflicting reports they were getting on social media and other questionable sources.

But some denied the rumors, insisting that they learned the rapper survived the medical emergency.

Tekashi 6ix9ine death rumors come after the rapper was released from jail and placed under home arrest in April. The false reports also come soon after he released Tattle Tales, his first album since he returned home.

Police arrested 6ix9ine on racketeering, weapons, and drug charges back in 2018. He pleaded guilty to the charges in 2019 and received a reduced sentence of two years. He got the reduced sentence after testifying against his former Nine Trey Bloods gang members.

A New York judge released him from prison to home confinement in April due to coronavirus fears. He released his album Tattle Tales in September.