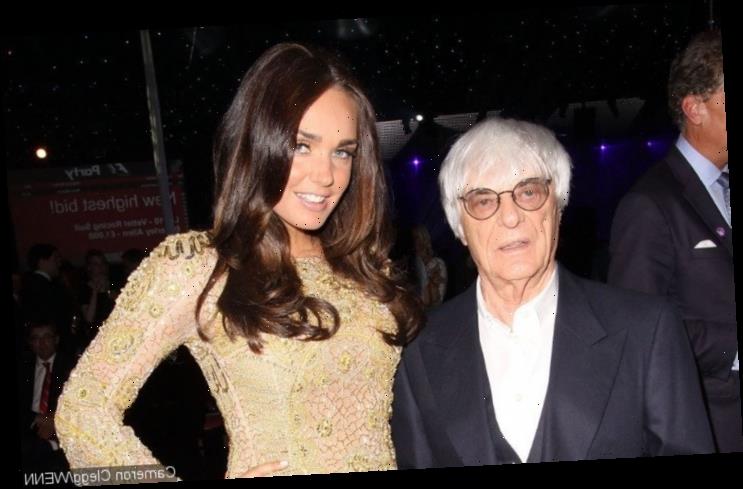 The 36-year-old model has given birth to her second child, a baby girl named Serena, with husband Jay Ruthland in a hospital near Bern in Switzerland, according to her father.

AceShowbiz –Tamara Ecclestone is now officially a mother of two. The British model and socialite quietly welcomed her second child with her husband Jay Ruthland, a baby girl named Serena, in Switzerland a week ago.

Confirming the news is none other than Tamara’s father, Bernie Ecclestone. The excited grandpa tells MailOnline, “I’m absolutely thrilled to be a grandfather again.” He shares some details of when and where the baby was born saying, “Tamara gave birth to a little girl seven days ago in the same hospital that my son Ace was born in.”

“Mother and baby are doing brilliantly. She’s a beautiful little thing,” the former chief executive of the Formula One Group goes on gushing about his newborn granddaughter. “She has named her Serena and both of them have been already out on the town together around Gstaad.”

Bernie is also rejoiced at the thought that his youngest child, Alexander Charles Ecclestone (Ace) who was born earlier this year on July 1, will get along well with Tamara’s second daughter. “Serena and Ace are very close in age and so will be able to play together when they’re a little older,” he adds. “I’m delighted that Serena is with us at last. I’m getting quite the collection of grandkids!”

Tamara and Jay, a 39-year-old businessman from Essex, wed at Grand-Hotel du Cap-Ferrat, Saint-Jean-Cap-Ferrat, France in June 2013. They already have a five-year-old daughter, Sophia Ecclestone Rutland. In 2019, the 36-year-old beauty expressed her desire to have another baby.

“She’s been talking about how much she wants a sibling, and for the first time I’m open to the idea,” she said of her daughter Sophia. “She really wants a sister, but certainly not a brother. She’s very girlie and thinks boys are smelly.” She admitted, “Having another baby is obviously scary because it would mean a big change, but I’m definitely up for it.”