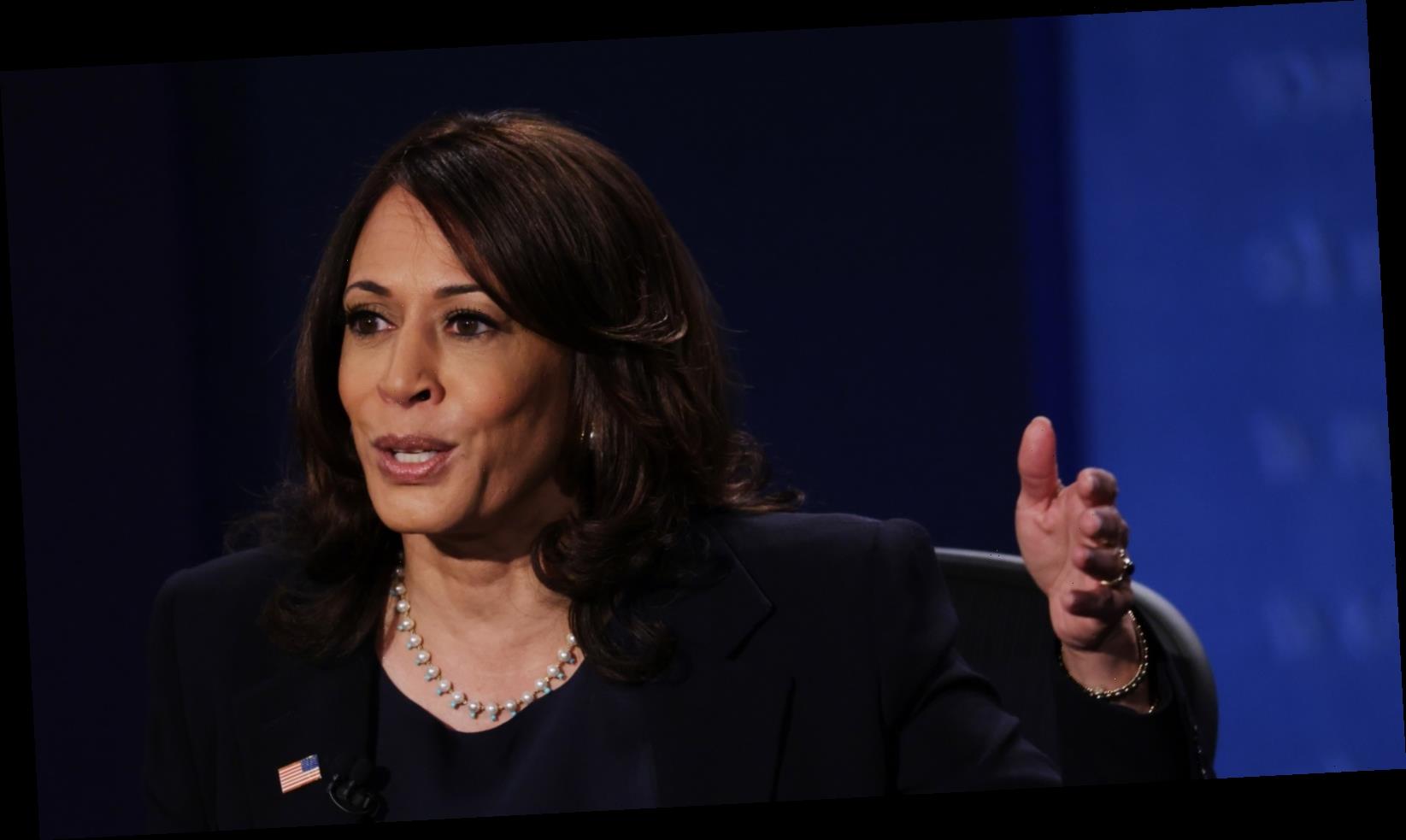 In 2024 we may well be watching Kamala Harris and Mike Pence go head to head as presidential candidates. Not only, per The New York Times, do both have presidential ambitions, but due to their running mates’ respective ages, The Center for Effective Public Management’s John Hudak points out, via Brookings Institution, that “one of those two individuals could easily become president — not because they ran for the office but because they succeeded to the office.”

When Senator Harris and Hillary Clinton sat down to chat about the upcoming debate, both understood the moment’s gravity. “I think you should… be prepared for the slights, the efforts to diminish you, you personally [and] you as a woman who’s about to be our next vice president… there will be a lot of maneuvering on the other side to try to put you in a box,” Clinton predicted (via iHeart Radio). If the ex-Secretary of State was concerned, she needn’t have been.

The List talked to body language expert and psychologist Dr. Reneé Carr, who gave us exclusive insights into what Kamala Harris’ body language at the VP debate revealed. Dr. Carr, who is also a political and corporate advisor, told The List that while Senator Harris could “intellectually appreciate a formidable opponent… she was confident in her skills and relaxed.” The fact that Harris’ crossed her legs at times? That means, says Carr, that “she was poised internally and not poised just as an external show of confidence.”

In their pre-debate huddle, Harris told Clinton that she was preparing to confront “a series of [Trump Administration] untruths.” After the debate, Dr. Carr confirmed to The List what Harris, herself, admitted. “Harris often raised her left eyebrow when listening to Pence’s responses as if she were both skeptical … and was also expecting an absurd response,” Carr noted. Carr further pointed to Harris’ raised eyebrows and squinting eyes. These expressions exuded: “I really want to hear what incredulous comment [that Pence is] about to say.”

On the debate floor, Harris came particularly prepared to counter the Trump Administration’s response to COVID 19. Not only, Carr said, was the Senator “ready and eager” with counter statistics, but she had also meticulously prepared talking points. “She deliberately used the word ‘dead bodies’ to invoke a sense of appall,” Carr noted, “rather than using softer wording such as ‘loved ones lost’ or ‘victims of the virus.'”

Per  Dr. Carr, Harris revealed her true feelings when she and Pence sparred over ISIS. “You gotta know who your adversaries are,” Kamala Harris told the debate audience. When she did so, Carr observed, Harris “put her hands parallel to each other and positioned them to her right.” Why is that significant? Harris, says Carr, “also used this same hand positioning when referring to President Trump — a revealing that she views Trump not merely as an opponent but more as an adversary.”

You remember, of course, when Harris broke the internet with her one-liner directed to debate moderator, Susan Page, “That’s alright, I’m Kamala’.”

The unscripted moment played directly into Harris’ hand. That’s because Senator Harris, argues Karr, was not just debating Pence, she talking directly to us. Who is us? When Harris critiqued the Trump administration’s COVID-19  response, Carr observed that Harris pointed to “the anxieties mothers faced when worried about their children not being able to go back to school.” It was an attempt, says Carr, to appeal “to the mothers and caretakers of America” by evoking “the experiences that homemakers could relate to during the shutdown that came with the pandemic.”

She reached out to us, not only with rhetoric but with body language. Her expressions were carefully calculated to ensure voters felt she was relatable, honest, and every-day. When, for example, Harris assured voters wide-eyed, “Joe Biden will not ban fracking”? Per Carr, Harris was thereby pleading “with viewers to not only listen to her words but to also fully understand that she was explicitly refuting Pence’s claim.” By informally calling the VP debate moderator by her first name (Susan), Harris went a step further. “Harris was engaging in a tactic to not only directly engage the moderator but to also create an experience for viewers’ to feel as if they were a fly on the wall hearing Kamala’s honest conversation with a colleague or friend,” Carr analyzed.

These are the times that Kamala Harris got angry

For all of her obvious efforts to exude perfectly natural self-control, Dr. Reneé Carr pointed The List to three notable times when Harris might have lost it. The first? When debate moderator, Susan Page, asked Harris if she would take a COVID-19 vaccine. “The tell-tale sign of her irritation was a flared nose,” says Carr. The second? When Harris laughed after Pence alleged that “Biden would raise taxes on the first day.” How can a laugh, you think, be a sign of anger? “She also pressed her tongue against her teeth,” Carr told The List, “revealing that she had unchoice words for Pence in mind but was making sure she did not verbalize those words.”

But the most emotional Harris got during the debate was during discussions about the police killing of Breonna Taylor. Carr observed that Harris’ “nose flared and her voice slightly wavered to reveal she was becoming emotionally charged and angered,” when she insisted to the audience that “I am the only one on his stage who has prosecuted.”

What’s the takeaway? “It is likely,” mused Carr, that Harris “was not only insulted by Pence’s comments but that she felt he lacked the credentials to critique her track record.” And yet, despite the insult, and Harris’ obvious “sadness” at Breonna Tayler’s death, the vice-presidential candidate sought to “exude strength.” She kept her calm.