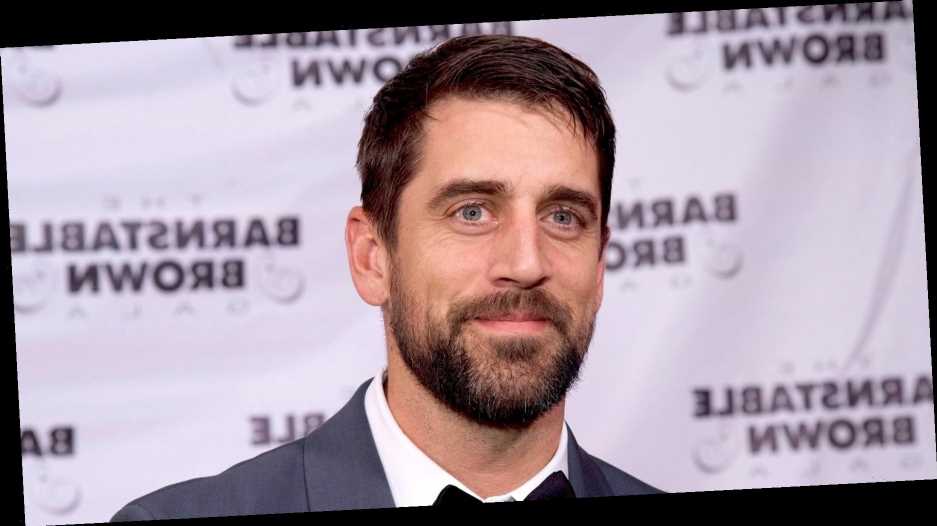 A rare glimpse into Aaron Rodgers’ personal life. The Green Bay Packers quarterback was in several high-profile relationships before announcing his engagement in February 2021, but he hardly ever opens up about his love life.

Rodgers dated Gossip Girl’s Jessica Szohr on and off before he started seeing Olivia Munn in 2014.

“My boyfriend’s healthiness inspires me. Aaron is different than every other man I’ve ever met,” the Newsroom alum gushed to Good Housekeeping about Rodgers in 2015. “There’s so much I could say. Everything a good person can be, he is. He’s in such great shape, and especially lately, he’s been eating so well and working out. Having somebody in your life like that is so motivating.”

After three years together, Rodgers and Munn called it quits in 2017. The NFL player was briefly linked to model Kelly Rohrbach before Us Weekly confirmed he was dating Danica Patrick. During an October 2018 interview, Rodgers spoke publicly about their romance after keeping mum about his other loves in the past.

“I have been so private for so long. I believe that you should be able to have some private life that’s not out there all the time. I have been private for so long, and when you are that private, it can isolate you a bit,” he told Artful Living at the time. “When you just let go and don’t worry about it as much, you’re actually practicing that indifference all the time. Then any type of response, positive or negative, to one of my posts or one of Danica’s posts that I’m in doesn’t bother me.”

News broke in July 2020 that Rodgers and Patrick were no longer together. While Us confirmed in February 2021 that he was dating Shailene Woodley, reports revealed that the twosome had been quietly dating for several months before he announced he was engaged.

“2020 was definitely a crazy year filled with lots of change, growth, some amazing, memorable moments, 180 straight days of having my nose hair scraped, playing for very little fans or no stands the entire season,” Rodgers began while accepting the 2020 AP Most Valuable Player during the NFL Honors awards before thanking his “fiancée” in February 2021.

He continued: “I got engaged and I played some of the best football in my career. So I’d like to thank, first and foremost, my teammates for their support, their inspiration, protection, incredible play on the field. … Off the field, I’ve got a great group of people that support me, so I’d like to thank my team.”

Scroll through for Rodgers quotes about love and his exes: