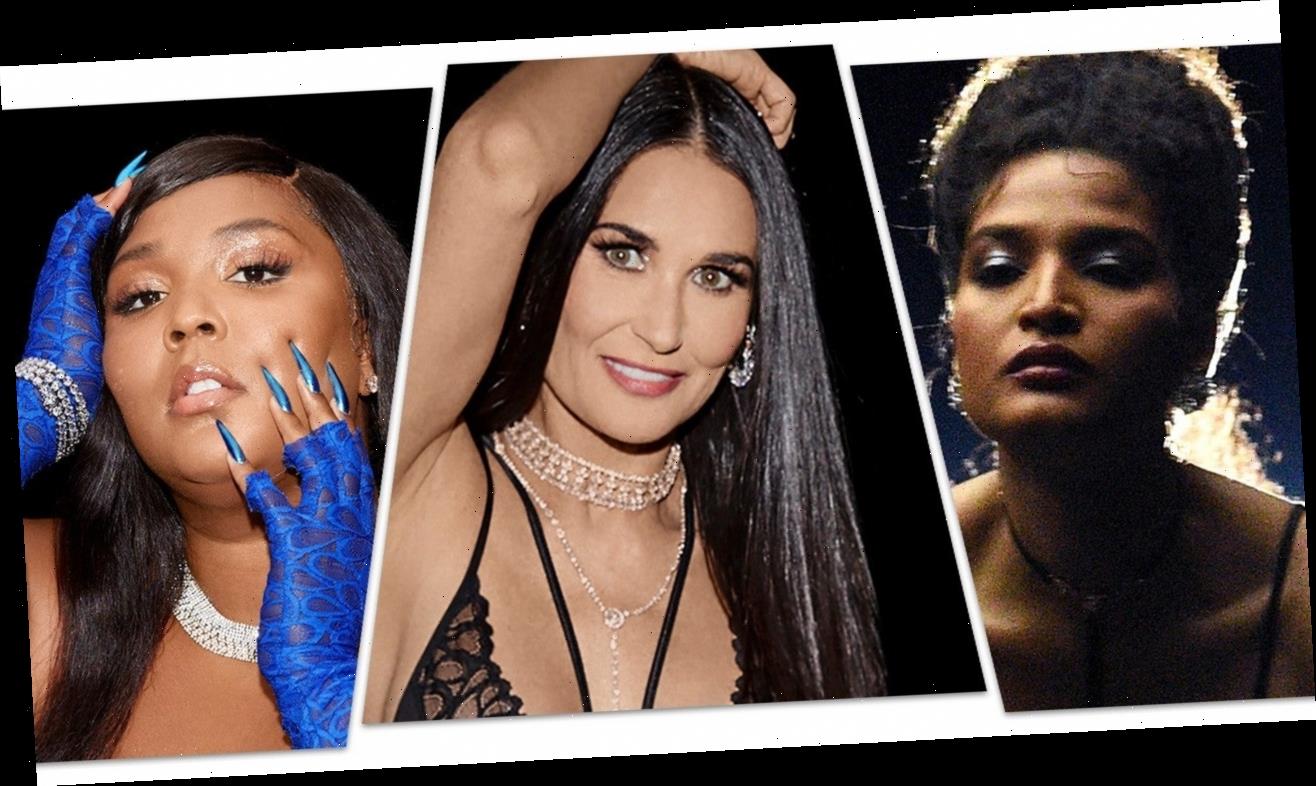 Rihanna’s highly anticipated fashion show, Savage X Fenty Show Vol. 2, delivered on all fronts, with its imaginative, star-studded showcase of the icon’s new Fall 2020 collection. “There’s gonna be an array of personalities,” Rihanna told ET ahead of the show, revealing that this celebration of self-expression and inclusivity would include male, female, non-binary and transgender models of all shapes, races and sexualities. “It’s definitely gonna be off the chain.”

The show is full of stunning looks from Rihanna’s lingerie line on a bevy of celebrities and electrifying moments like Demi Moore sizzling in sultry black lace and Lizzo’s woman in the mirror solo dance.

Similar to last year’s show, there were live musical performances by the likes of Bad Bunny, Ella Mai, Miguel, Mustard, Roddy Ricch and Rosalia. Travis Scott, meanwhile, performed after the show ended, appearing post credits in the stream on Amazon. 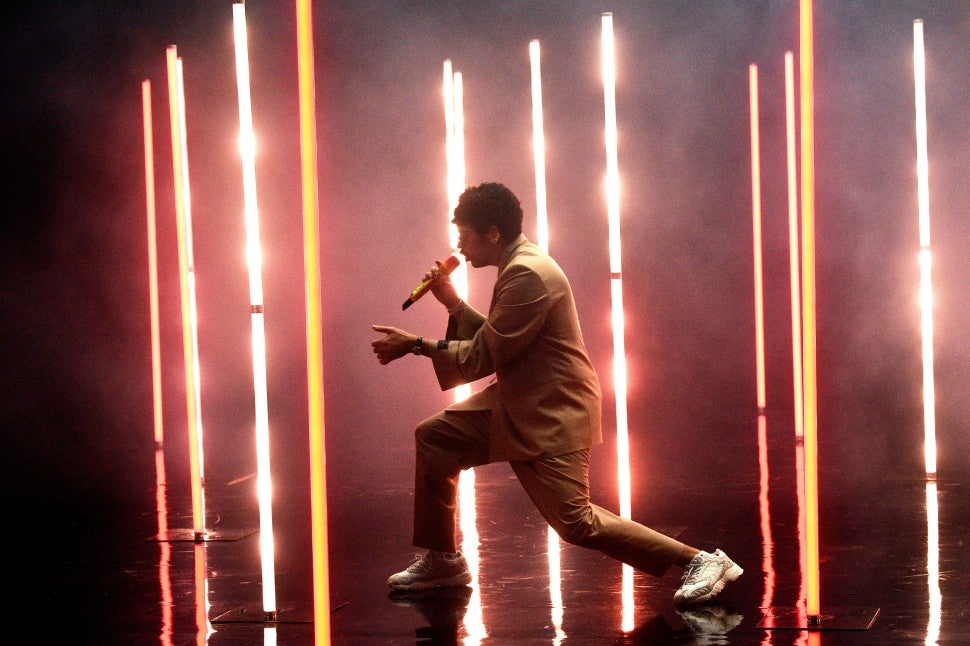 As for the models, there was a mix of “savage” veterans and newcomers. Among those returning were Big Sean, Cara Delevingne, Normani, Paloma Elsesser and Christian Combs, who’s “the latest collaborator with the brand,” Rihanna said, adding that his appearance last year “had the ladies going a little crazy.” 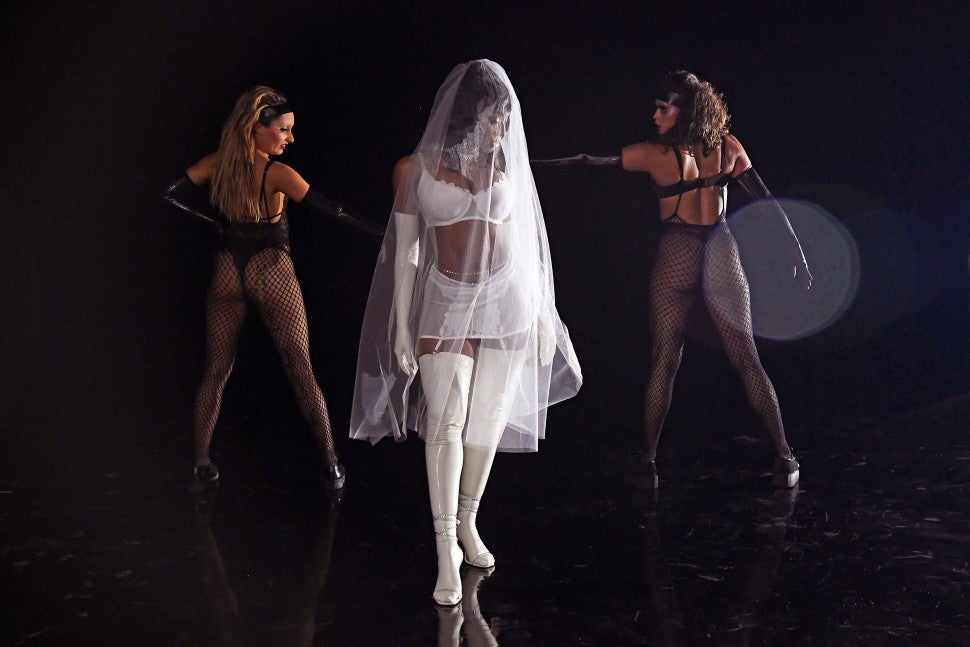 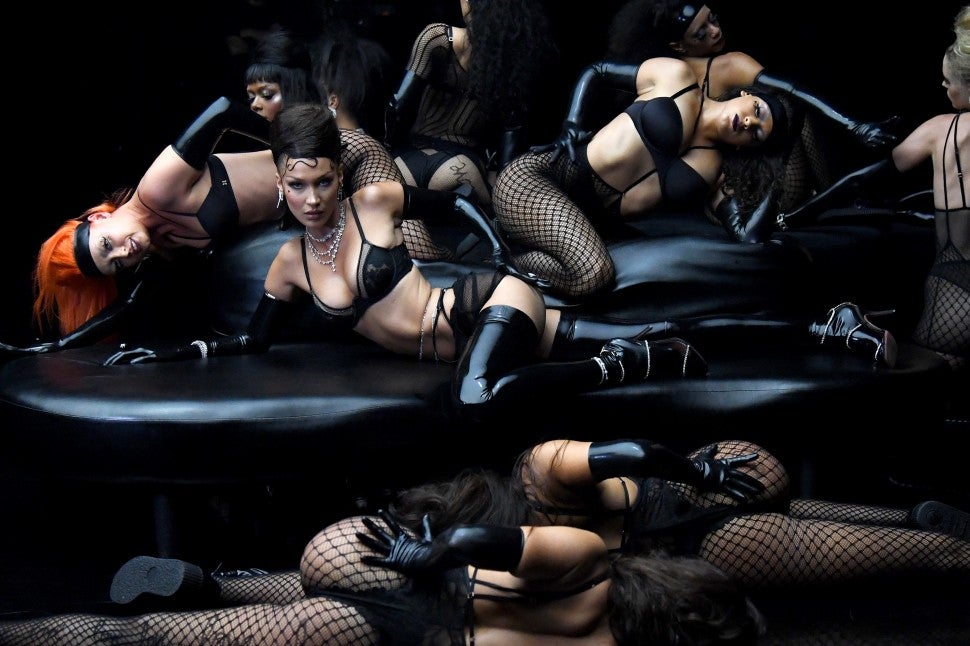 The clear star of that bunch, however, was Bella Hadid, who led a mini army of black satin, leather and lace clad models and stars in a performance set to N.E.R.D.’s “She Wants to Move.” Joining her were several of this year’s newcomers, including an age-defying Demi Moore on a couch with women crawling all over her while Pose star Indya Moore and RuPaul’s Drag Race season 12 winner Jaida Essence Hall turned the temperature up with their dance moves.