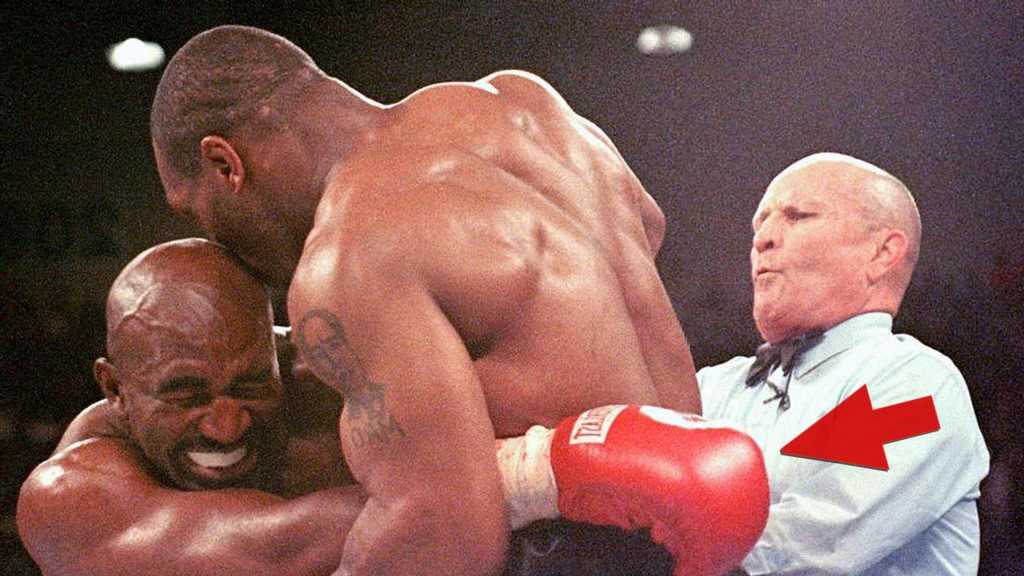 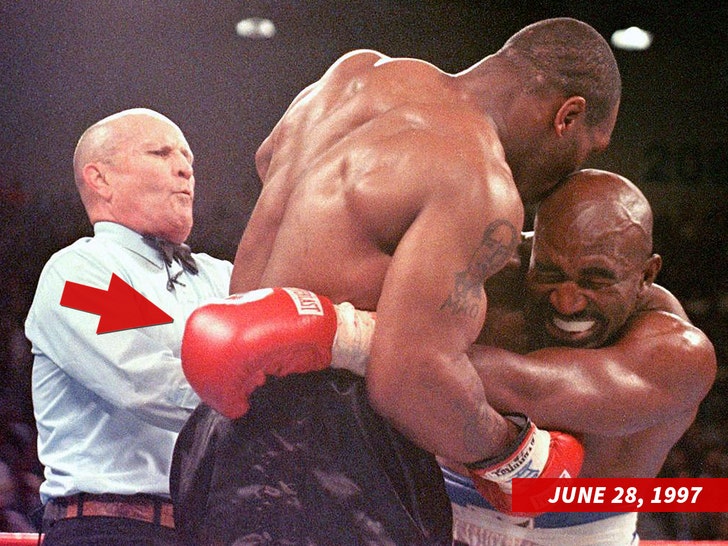 Evander Holyfield‘s gloves from his iconic rematch with Mike Tyson — where “Iron Mike” infamously bit part of his ear off in one of the most memorable sports moments ever — are hitting the auction block, and could fetch $100K!

Holyfield wore the gloves during his highly-anticipated second fight with Tyson on June 28, 1997 … when the two squared off at the MGM Grand Garden Arena in Las Vegas.

The red gloves worn by Holyfield — one of the greatest fighters in boxing history — were made by Everlast, and have “Holyfield #1” in black marker on each cuff logo. 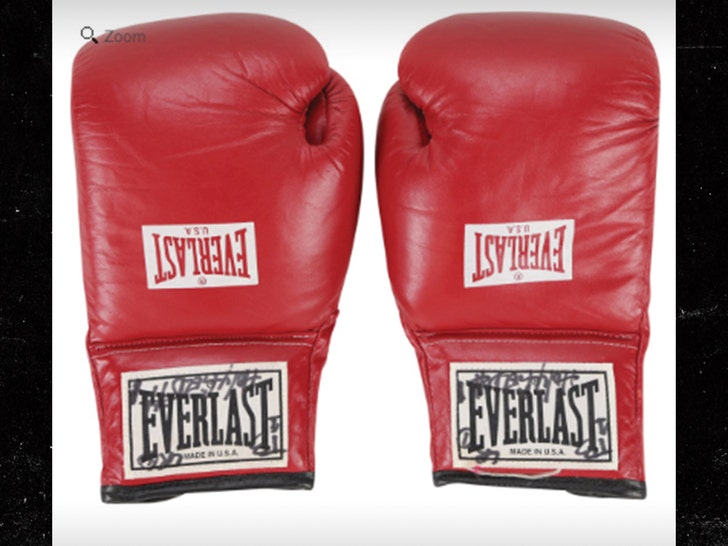 The folks at Lelands tell us Holyfield’s gloves show “light use” — which makes sense, considering the bout was called after only three rounds, when Mike chomped into Evander’s ear.

Remember, Holyfield defeated Tyson via 7-round TKO the first time they fought in November 1996.

During their second fight, Holyfield once again proved to be getting the better of Tyson, which frustrated the legend … who bit Evander’s ear in the third round.

Tyson has since explained the reason he bit Holyfield’s ear … saying he was upset Evander was “headbutting the s*** out of [him]” and “ringing my f***ing bell.”

Some speculated Tyson pulled the stunt as a way to get out of the fight after Holyfield got the better of him in the early rounds.

The fight may have disappointed boxing fans in the moment, but the night has become part of boxing lore … and that’s why the used gloves could rake in 6-figures.

The gloves have already been bid on 5 times … with a high mark of $12,155. Look for that figure to go up substantially.