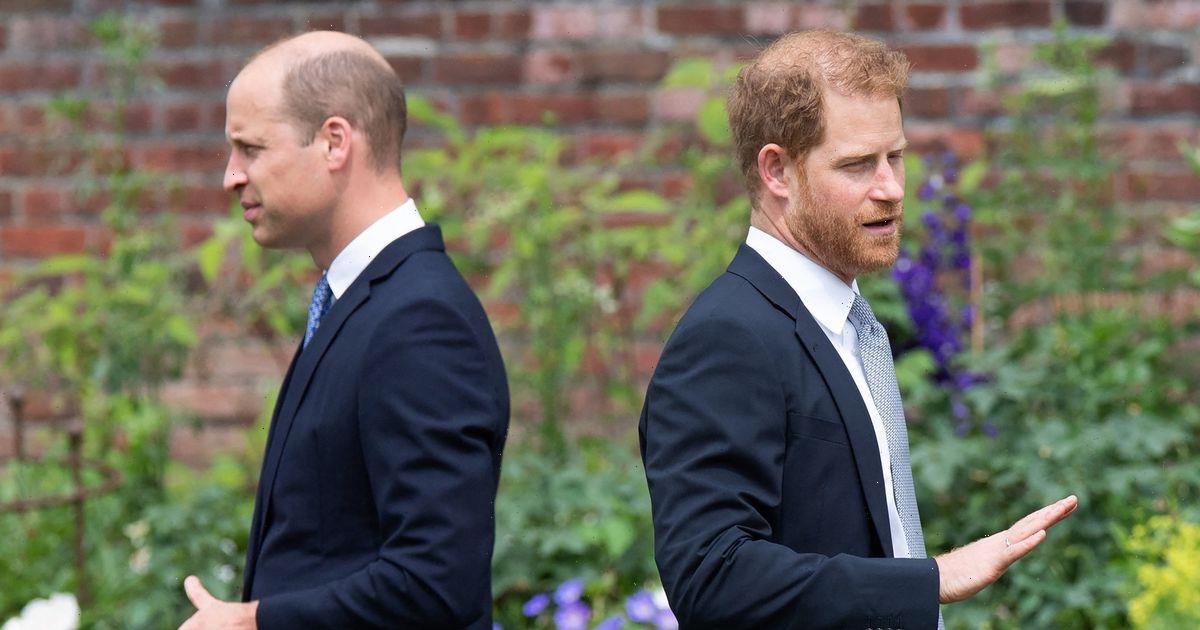 Prince Harry and Prince William's relationship has been heavily scrutinised in recent years, especially since Harry made the decision to step away from his royal duties in 2020.

The signs of a feud between the two was first suggested during a 2019 documentary, Harry & Meghan: An African Journey, which interviewed the royal couple as they embarked on a royal tour of South Africa.

In the interview, Harry admitted that he and his brother had "good days and bad days", but the Prince has since made his opinions heard more clearly in his interview with Oprah – where he said he believes his brother is "trapped" in the monarchy.

While the reported fall-out between the two came as a shock to many, some royal experts have suggested tensions were mounting between them for a while.

One of these people is royal biographer Tina Brown, who alleges that "friction between the brothers escalated over their professional alignments".

Most recently, there have been rumours that William and Harry were starting to reconnect over FaceTime and WhatsApp, but an attendee at the Queen's service of thanksgiving allegedly claimed that the pair avoided any contact or interaction whatsoever.

Speaking with the Mirror, Seward said: "They sat together for TV interviews on their joint causes joshing with each other but they were never very good friends.

"Kate went a long way to encourage their relationship and although William has always looked out for Harry, he feels at the moment there is nothing more he can do.

"Instead, he is concentrating on what he knows he can achieve rather than wasting time on things he can’t change."

"He knows what’s in store for him and he knows how tough it is but with the help of Kate and support from his father the Prince of Wales, he remains positive and optimistic about his future," she added.

Since the interview with Oprah, neither Harry nor William has spoken openly about their relationship – fuelling further speculation as the royals continue to deal with the fallout of Harry and Meghan leaving behind their royal duties two years later.

The couple's return to the UK for the Queen's Platinum Jubilee was their first royal event since stepping down back in 2020, and is believed to be the first time they have met up with the royal family since.