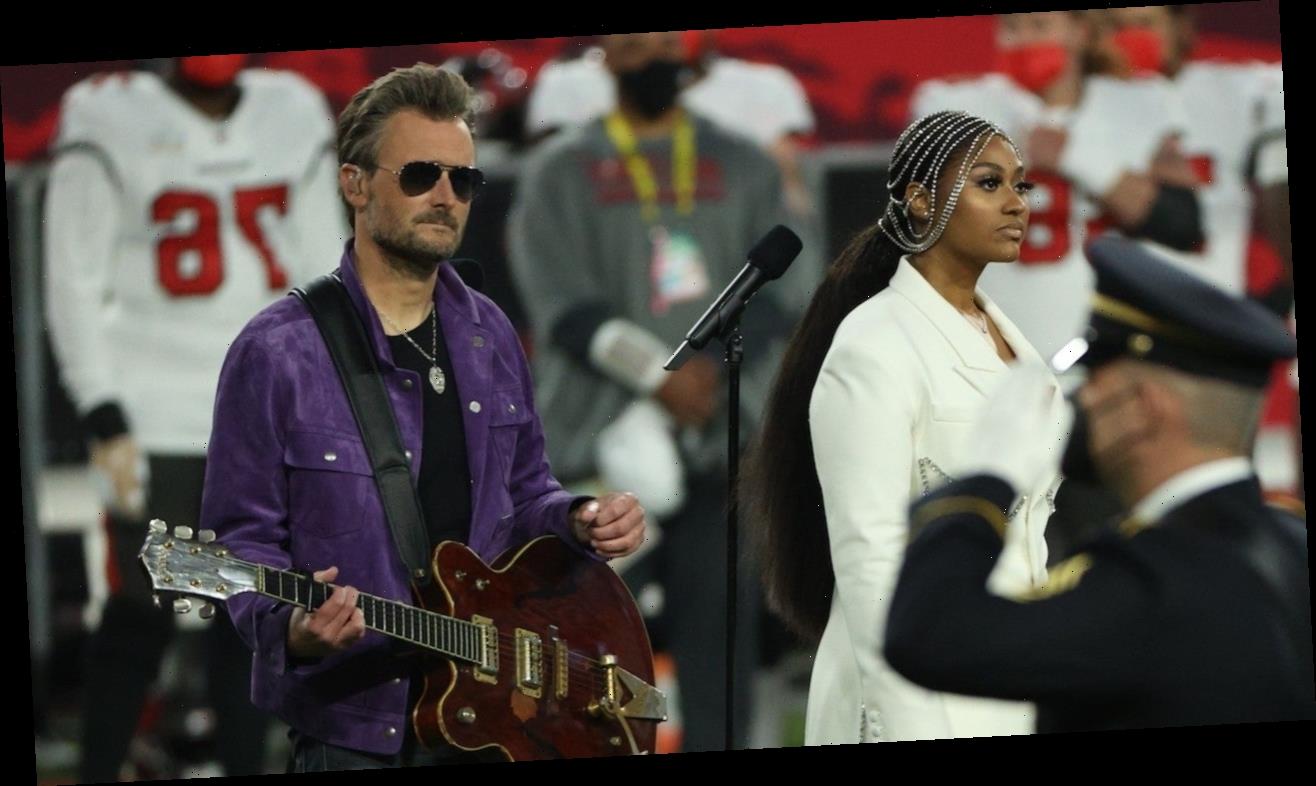 The duo sang “The Star-Spangled Banner” together, blending country music and R&B flawlessly. Church rocked a purple suede jacket with sunglasses and blue jeans, while Sullivan wore a cream-colored suit with a beaded headpiece. Cameras panned to a few of the players on the field, who were shown getting emotional as they sang.

Sullivan spoke to ET ahead of the big performance, sharing that she hoped to show a message of unity with Church.

“We definitely come from two totally different, um, everything,” she told ET about singing with the 43-year-old country star. “But, I’m excited, I think it will be cool to blend the different sounds of music and just show some unity.”

“I just hope that it brings unity and it shows that you can be from two different parts of life and come together, you know, for a good common cause, basically,” she added.

The 33-year-old singer acknowledged she was nervous ahead of their duet, but mostly excited. She also pointed out that it’s the 30-year anniversary of when Whitney Houston sang her iconic rendition of the national anthem at the 1991 Super Bowl.

“And obviously nobody can do another version, a better version than Whitney, but I’m just here to represent for my people and go up there and sing and bring some soul to it,” she said. “I can’t even explain it, this is something that I never even imagined that I would get to in my career, so it came out of nowhere and I just feel so, so blessed to have this opportunity and just grateful.”

Super Bowl LV is airing live on CBS and CBS All Access. Additionally, you can also stream the game for free on CBSSports.com and on the CBS Sports app on your mobile device. In the meantime, stay tuned right here to ETonline.com for more exclusive Super Bowl coverage.