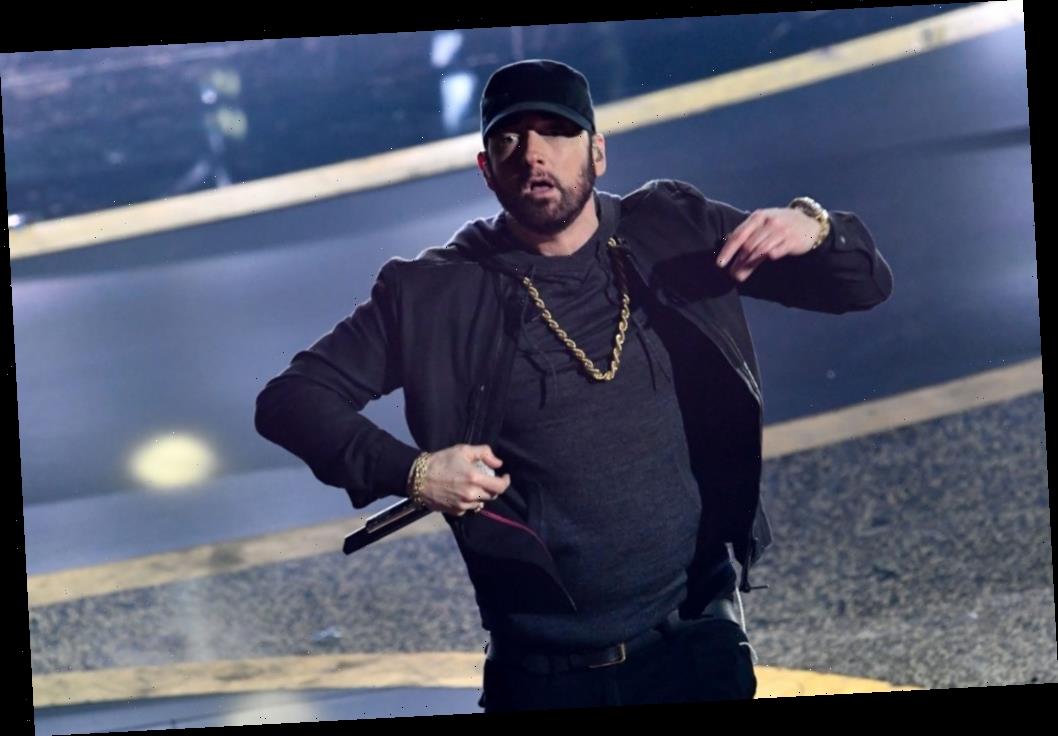 Back in February, Eminem surprised fans with a performance during the 2020 Academy Awards ceremony. This followed the release of Music to Be Murdered By, his 11th studio album.

The normally low-key rapper popped up again this month in two places. He dropped part two of the project called Music to Be Murdered By — Side B, and then he showed up on an episode of Saturday Night Live.

Eminem’s guest spot on the late-night comedy show paired him with a verse-spitting Pete Davidson, and it’s garnered more than 6 million views on YouTube. But what did the hip-hop artist originally think of the song, and “Stu?”

SNL’s Dec. 5 episode included a skit with Pete Davidson as “Stu,” a play on Eminem’s famous Stan character. Holed up in basement wearing a tank top, Davidson’s blonde-haired Stu wrote a few letters to Santa begging for a PS5 and later threatening to set the mythical figure on fire.

To get the point across, Stu ranted in a lengthy rap. “”Getting this present is the only thing keeping me alive,” Stu wrote. “Dear Santa Claus, please bring me a PS5.”

An ode to Eminem’s original “Stan” song/video about an obsessed fan, the sketch shocked the crowd when Slim Shady himself made a cameo at the end. Frantic elves, jolly St. Nick (played by Jason Bateman), and Kate McKinnon’s Dido helped round out the performance.

During an interview for Zane Lowe’s At Home With podcast, Eminem spoke about his brief appearance on SNL and what he really thought about Davidson’s rap. He revealed that the show’s producers sent the song to him in advance, and at first, he didn’t think it would fly.

“I remember they sent me the lyrics to it, and I was reading them on paper, and I was like, ‘Aw, I don’t know if this is gonna be that good.’ And then when he said it, I was like holy sh**,” Eminem recalled. “He said it so good that he sold every single thing.”

He complimented Davidson’s delivery. “His delivery for sure was really on point because it was not what I expected when I saw it.” Eminem called the entire skit “great.”

Actor who played the original Stan loved it too

Devon Sawa played Stan in Eminem’s 2000 video and shared his opinion on Davidson’s take with Us Weekly. He told the outlet, “I think that I saw things that a lot of other people probably didn’t see. He absolutely killed it. He mimics some of the nuances I did in the music video.”

Sawa praised Davidson and said watching the whole thing made him smile. “He obviously brought his own thing to the character, but I thought it was brilliant,” said Sawa. “I thought it was absolutely flattering. I smiled from ear to ear when I watched it.”

Fans can stream Eminem’s latest album on all platforms and check out Davidson on SNL.