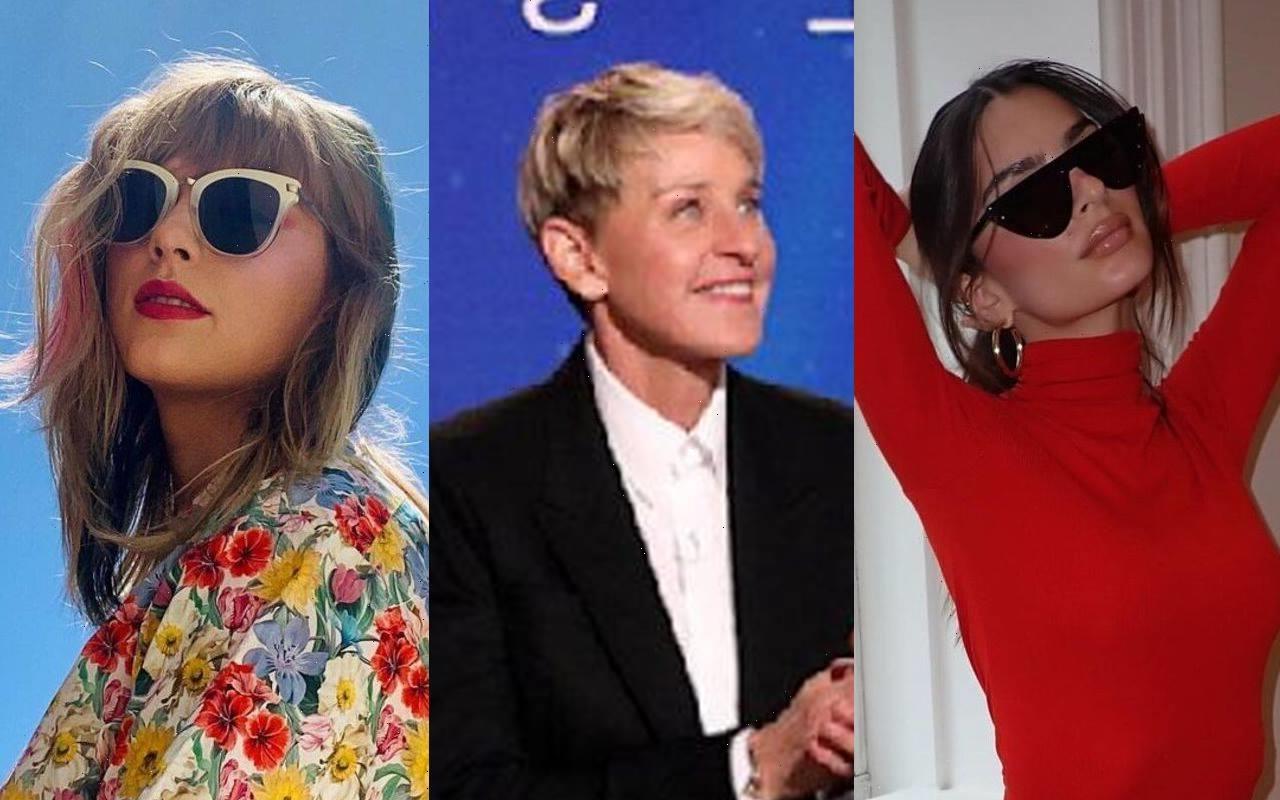 In the said interview, Ellen played a game where she showed a slideshow of Taylor’s pictures with some famous men, including Taylor Lautner, John Mayer and Justin Bieber among others.

AceShowbiz – Emily Ratajkowski wasn’t amused to watch Ellen DeGeneres‘ past interview with Taylor Swift. The “Gone Girl” actress didn’t hold back from calling out “The Ellen DeGeneres Show” host when commenting on the resurfaced clip.

In the said interview, Ellen played a game where she showed a slideshow of Taylor’s pictures with some famous men, including Taylor Lautner, John Mayer, Justin Bieber, Joe Jonas, the late Cory Monteith and Justin Timberlake. The former TV host then asked the singer to “ring a bell” every time she came across a photo of her exes.

Taylor pleaded with Ellen to stop, saying that she wanted to keep “the one shred of dignity that I have.” The “Midnights” artist pointed out, “I don’t want to [do it]. They’ll send me angry emails, and I don’t want to get them.”

“Stop it, stop it, stop! This makes me feel so bad about myself,” the Grammy winner continued. “Every time I come up here, you put a different dude up there on the screen, and it just makes me really question what I stand for as a human being.” Catching wind of the post, Emily fumed, “This is so f**ked up. She’s literally begging her to stop.”

Taylor has seemingly addressed the uncomfortable interview when speaking to Apple Beats’ Zane Lowe. She shared, “When I was like 23, people were just kind of reducing me to – kind of making slideshows of my dating life and putting people in there that I’d sat next to at a party once and deciding that my songwriting was like a trick rather than a skill and a craft.”