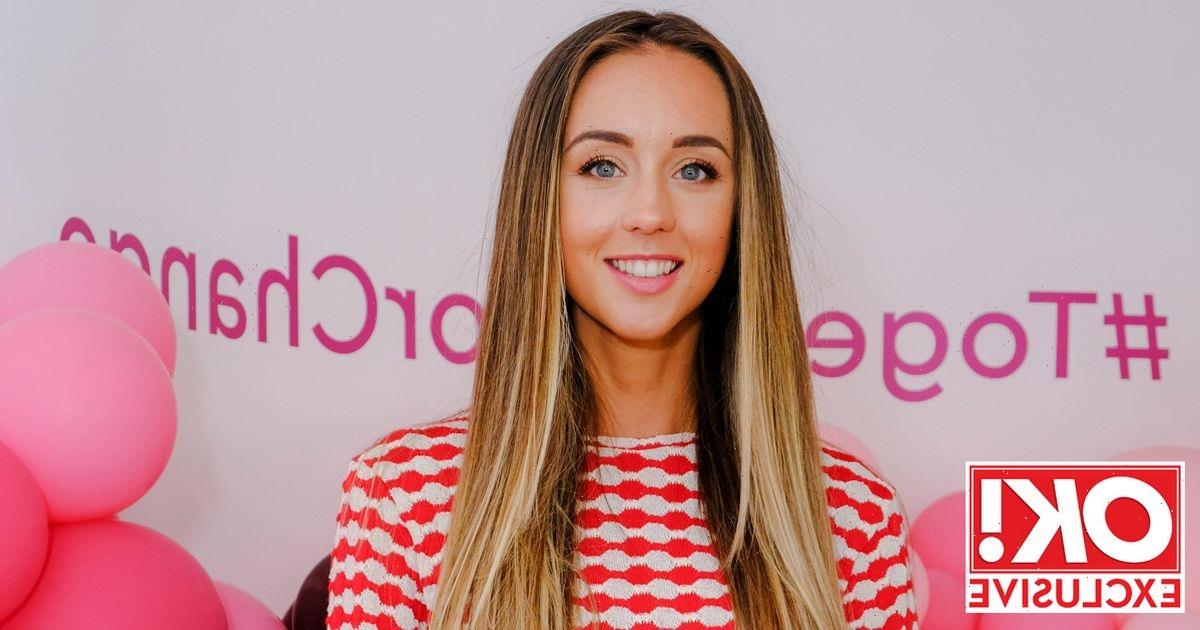 In her OK! column this week mum-of-two Emily Andrea opened up about how she can relate to This Morning star Holly Willoughby who recently admitted she didn't know who she was after becoming a mum.

Emily explained how important it is for mums to make time for themselves despite admitting she'd barely had time to eat a slice of toast when we sat down with her! She also revealed what she thinks about the NHS staff vaccine mandate and praised Marcus Rashford for his MBE award and work with children.

See what she has to say below…

Being a parent comes with self-sacrifice

Holly Willoughby has admitted she felt she lost herself while trying to juggle her work and family life.

She said, “I sort of got to this stage where I was like, ‘I’ve got a really lovely life, I love my husband, I’ve got great kids. I’m very blessed in many, many ways, but something is missing.’ And I couldn’t work out what it was, and eventually having looked inwardly, I went, 'God, it’s me! I’m missing!’

“I’d spent my whole life doing this long to-do list, tick-list and we keep going and going. And I suddenly thought, ‘I don’t know who I am, I don’t even know what music I like, I don’t know what my tastes are any more.’”

It is really important to have time for yourself and your interests as a parent. It is quite task-driven being a mum, and there are often a million things going on at once, so it’s important to take time for you.

You shouldn’t feel guilty for focusing on yourself now and again. Although I say this, but today I’ve been so busy I’ve only sat down for five minutes and eaten a piece of toast all day!

Part of being a parent is putting your family first and that does come with a bit of self-sacrifice, but I also get so much joy from looking after my children, so it’s 100% worth it. Like everything in life, it’s all about balance.

The NHS staff vaccine mandate is a really tough debate

It will become compulsory for frontline NHS staff in England to be fully vaccinated against Covid, with a deadline of April next year expected to be set. There are lots of things we have to do as healthcare workers – such as being tested for various infections and having certain vaccinations – so I guess this is just moving with the times that we’re in.

Part of your job is keeping your patients safe, as you are there to look after them. From my perspective, the experts, scientists and doctors have looked at all the evidence, and have concluded the vaccine is safe and saves lives.

That is enough for me to feel confident having the vaccine. However, I can understand some people wouldn’t be, because everyone has a different perspective. It’s a complicated issue.

In any job there are always going to be things you need to do in order to be able to fulfil that role, and we are always going to come across new infections, so I think it’s something to consider if you work for the NHS or are thinking about going into healthcare. In my first week of medical school I was tested for different infections and I had to make sure my vaccine status was up to date, so for me it’s just been a part of my career.

In terms of what may happen to staff who don’t want to get vaccinated, I hope we don’t end up losing valuable members of staff. It’s a really tough debate and we’ll just have to wait and see what happens.

Marcus is a marvel

It was amazing to see Marcus Rashford be awarded an MBE. His campaign to end child poverty was so inspirational and it actually changed the way the Government looks at things, which is not easy to achieve. He really has made a huge difference to so many children and families.

I think it’s great when people who have become very successful are able to look back on their own experiences and use their platform to change things for others.

Marcus has spoken about how his mum raised him and his three siblings as a single mum in difficult circumstances, so I think it’s lovely that he’s now using his success to make a difference for others in a similar situation.