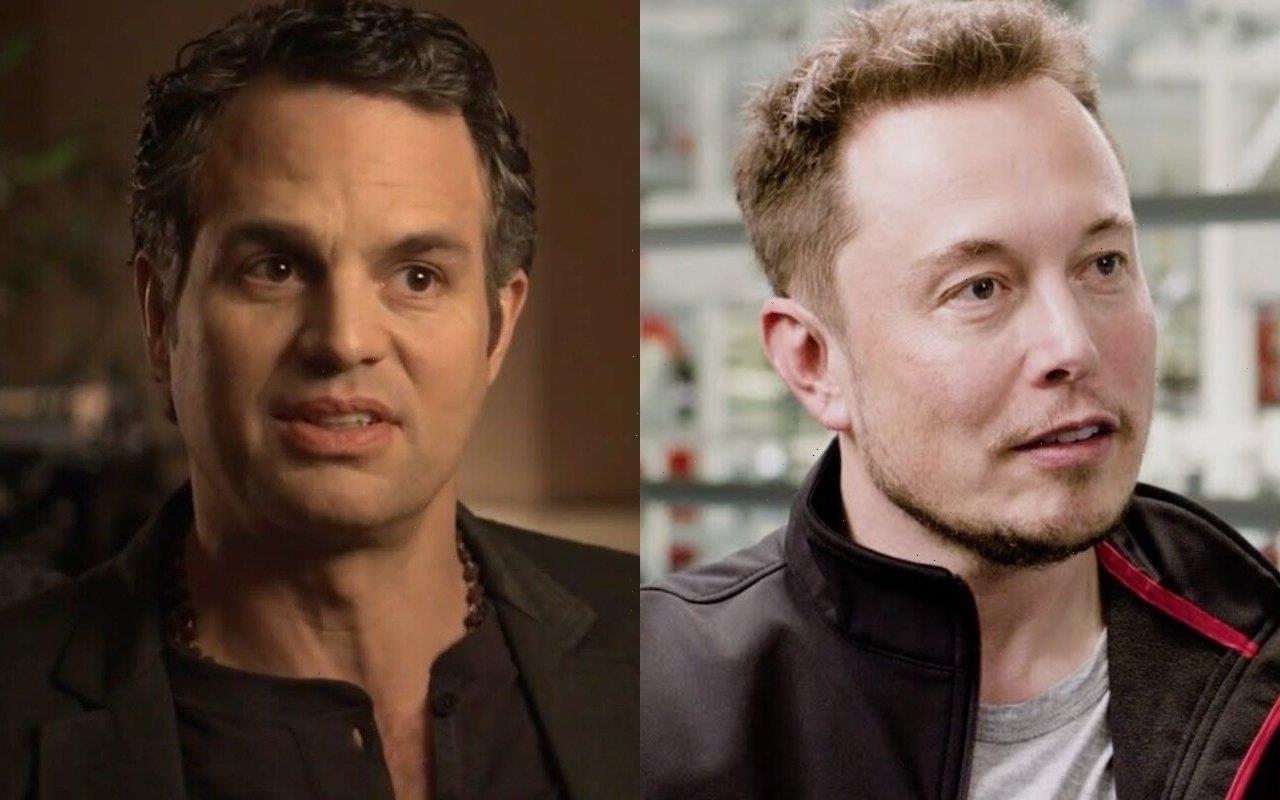 The Tesla founder claps back after the Hulk actor warns the billionaire he’s destroying his ‘credibility’ with Twitter and should take a step back and let someone else run the platform.

AceShowbiz –Mark Ruffalo has alerted Elon Musk he is ruining his “credibility” with Twitter. The “I Know This Much Is True” actor criticizes the billionaire businessman – who bought the social media platform last month, telling him to “get off” the app and ask someone else to run the business for him as he weighed in to speak up for Alexandria Ocasio-Cortez.

The House of Representatives member accused the Tesla founder of retaliation as she claimed her Twitter account stopped working properly after she had criticised Musk’s plans for a monthly fee for account verification.

Mark shared Alexandria’s tweet, which read, “Yo @elonmusk while I have your attention, why should people pay $8 just for their app to get bricked when they say something you don’t like. This is what my app has looked like ever since my tweet upset you yesterday. What’s good? Doesn’t seem very free speechy to me (sic).”

He then added comments of his own which read, “Elon. Please – for the love of decency – get off Twitter, hand the keys over to someone who does this as an actual job, and get on with running Tesla and SpaceX. You are destroying your credibility. It’s just not a good look.” 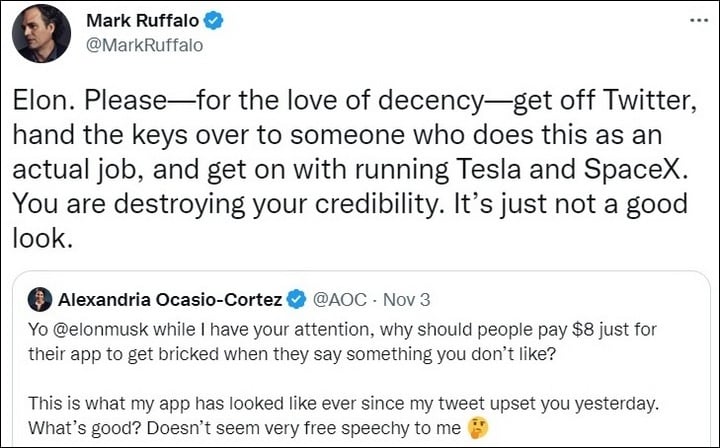 The world’s richest man was quick to respond. He replied, “Hot take: not everything AOC says is [100%] accurate (sic).”

The 54-year-old actor insisted that, if that was the case, it is vital for the platform to maintain “robust filters” and “credible verified users” to prevent the spread of fake news. 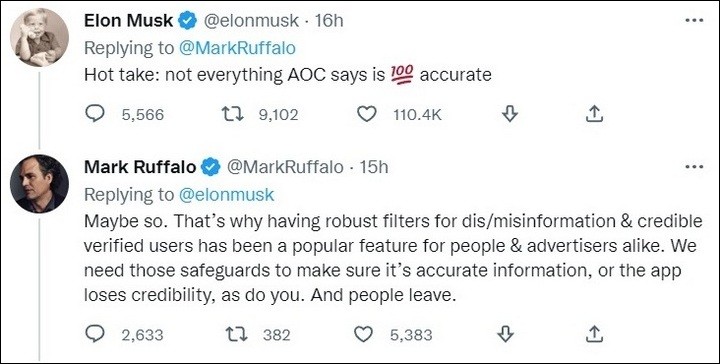 He wrote, “Maybe so. That’s why having robust filters for dis/misinformation & credible verified users has been a popular feature for people and advertisers alike. We need those safeguards to make sure it’s accurate information, or the app loses credibility, as do you. And people leave (sic).”