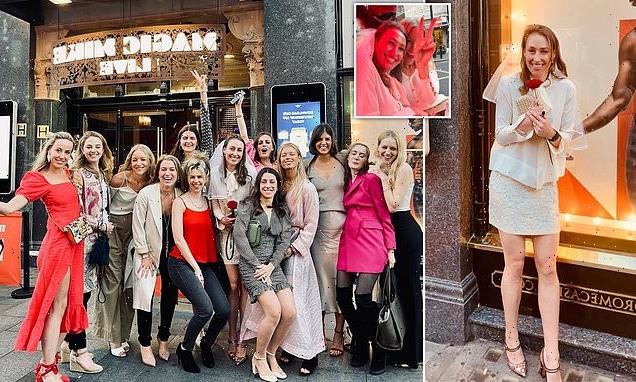 EDEN CONFIDENTIAL: Horsey Tatiana Mountbatten had a rather racy hen do

Lady Tatiana, 32, who is due to marry Old Etonian banker Alick Dru, shared this photograph of her wearing a bridal veil next to a poster featuring one of the show’s hunks. 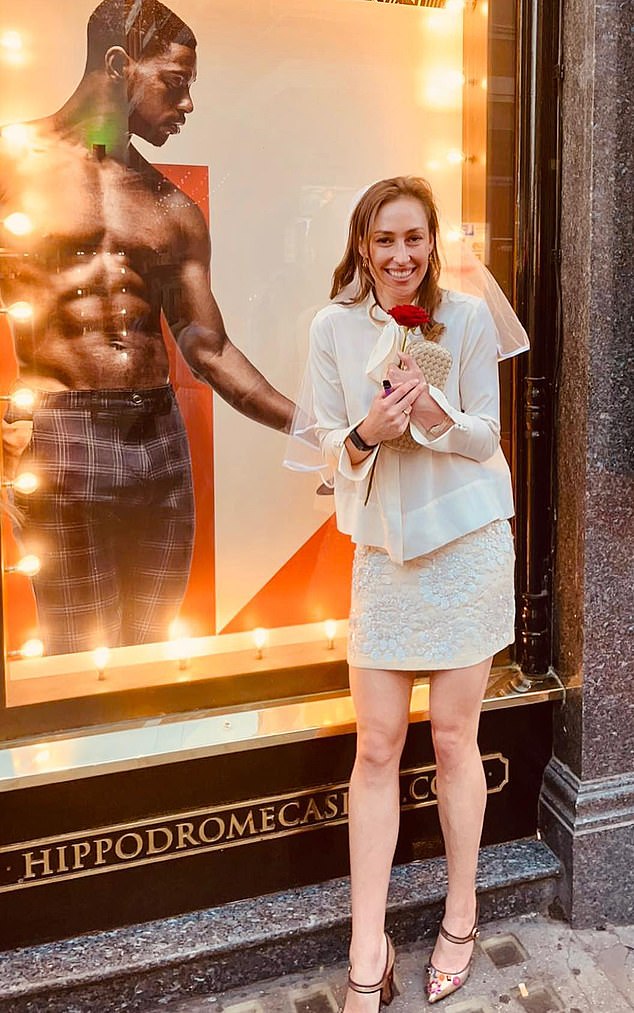 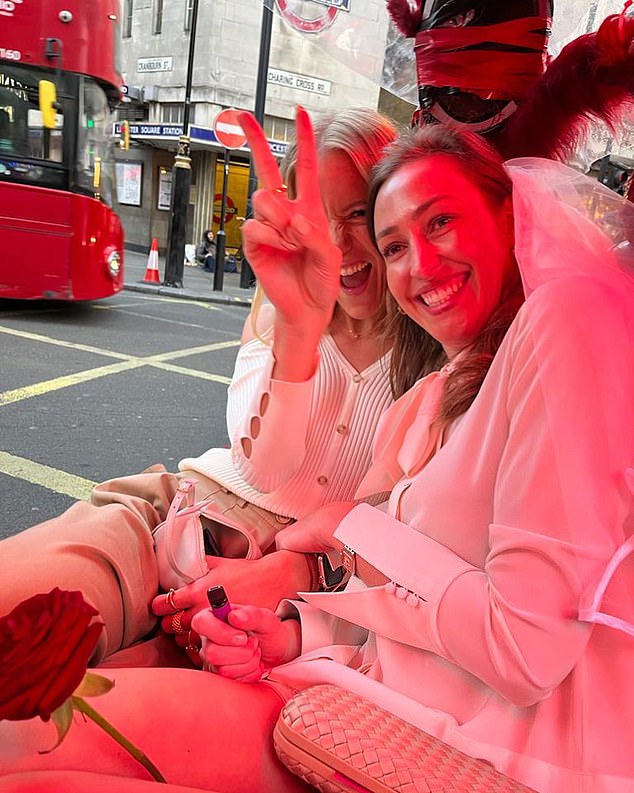 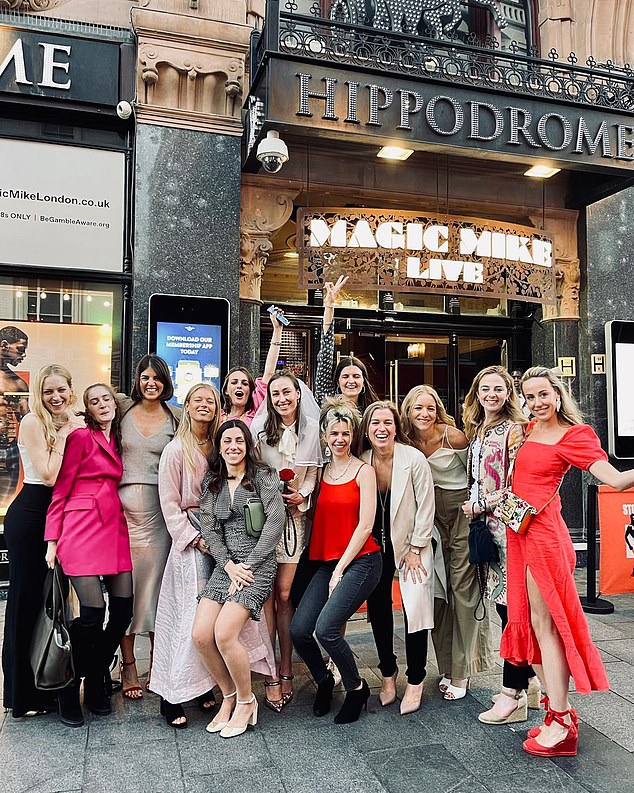 The Marquess of Milford Haven’s daughter, 32, is due to marry Old Etonian banker Alick Dru

Horse-mad Tatiana, whose grandfather was best man for his first cousin Prince Philip, once joked to me: ‘My boyfriend sometimes asks, “Will I ever come before your horses?” but I have to say no.’

San Lorenzo was such a London institution that the Rolling Stones once rang the bell at 3am demanding dinner after a late-night recording session. But, sadly, the Knightsbridge restaurant appears to have served its last plate of pasta.

‘It’s the end of an era,’ a source tells me. ‘San Lorenzo won’t be reopening.’

Opened in Beauchamp Place in 1963, it served the rich and famous for six decades until the pandemic. Although the management had pledged to reopen last September, that didn’t happen and its building stood empty yesterday. 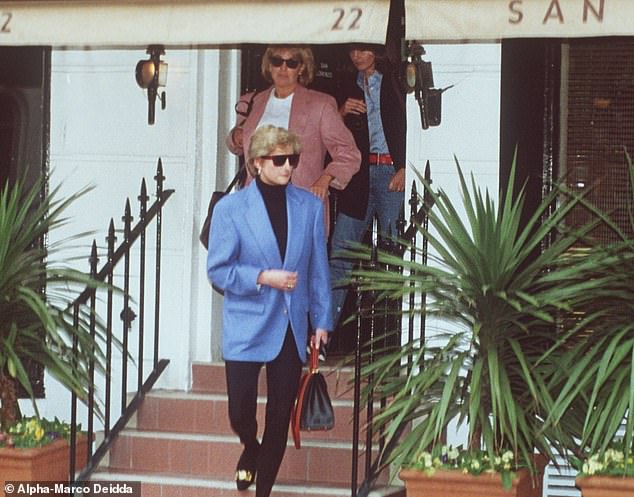 ‘It’s very sad, but like so many businesses in Central London, it hasn’t survived the pandemic,’ the source says.

Its most devoted customer was Princess Diana, who used to call its owner, Mara Berni, her ‘Mother Confessor’ because she was such a trusted confidante. Mara ran the restaurant with her husband, Lorenzo, until her death in 2012 aged 79. Their daughter, Marina, took over.

Diana used to take Prince William, and held trysts there with James Hewitt, James Gilbey and other suitors.

Mara had become close to the Princess after going over to her table one evening, taking hold of her wrist and declaring how unhappy Diana was in her marriage to Prince Charles. Mara became known for her psychic abilities, particularly after she took one look at Madonna in 2000 and announced: ‘You are pregnant.’ Shortly afterwards, Madonna discovered Mara was right and she gave birth to Rocco Ritchie in August that year.

Princess Margaret had been introduced to the restaurant by her friend, the comedian Peter Sellers. Other guests included a young Sir Rod Stewart, who is said to have ordered liver and bacon. He picked up first the liver, then the bacon, wiped them with a napkin, then returned them to the plate and ate them, explaining: ‘I don’t like the gravy.’

For their first dance at a wedding, some couples choose a waltz, while others opt for a bit of a boogie. 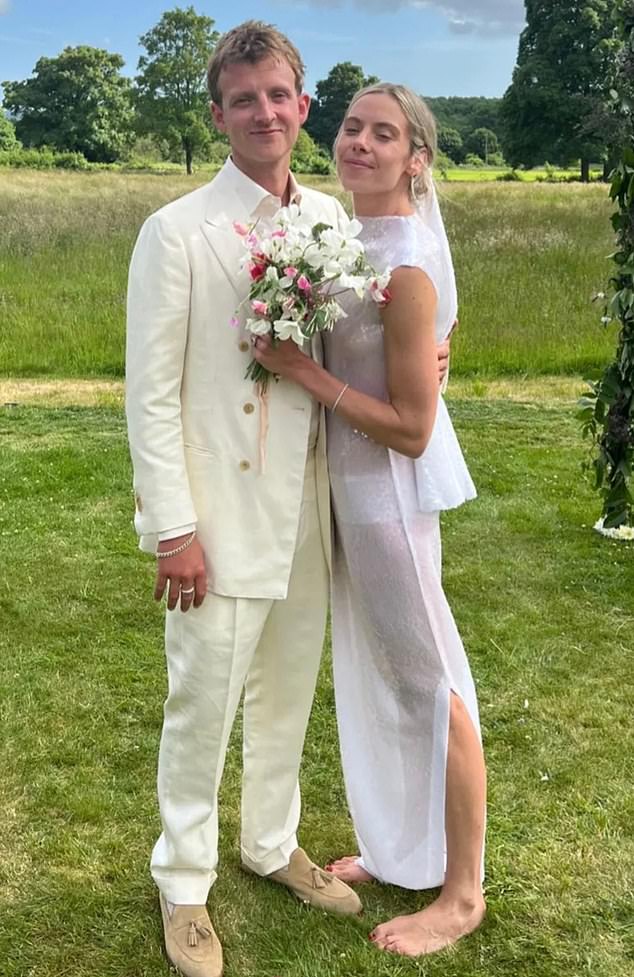 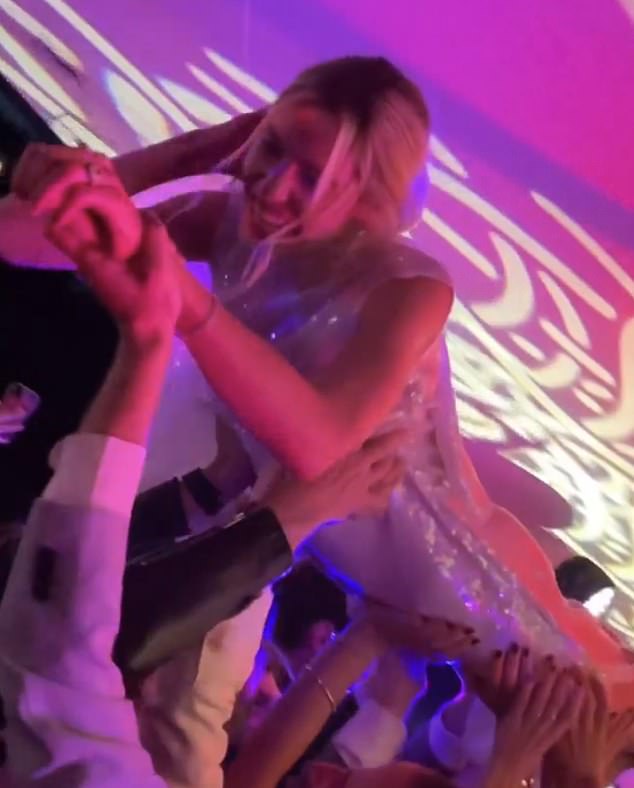 Octavia, 31, then ‘crowd surfed’ on top of guests at the reception (pictured above)

Virgin heir Sam Branson’s sister-in-law Octavia Calthorpe enjoyed something more raucous. Having exchanged vows at the weekend with poet Oliver Feather while barefoot in the countryside, Octavia, 31, ‘crowd surfed’ on top of guests at the reception (pictured below). ‘I’ve never seen a wedding like it,’ an astonished source tells me.

Among the guests were models Cara Delevingne and Adwoa Aboah, as well as heavily pregnant actress Lady Clara Paget.

Octavia, 31, is a breathwork coach who comes from the Anstruther-Gough-Calthorpe family. Her sisters are Poldark star Gabriella Wilde and Sir Richard Branson’s daughter-in-law, Isabella Calthorpe

Superwoman author Shirley Conran is surprised she’s still not a dame. She tells me: ‘I sometimes wonder why I’m not, if you look at the people who are, especially if they’ve given a million pounds to some royal charity.’

Conran, 89, has devoted herself to helping people with anxiety about mathematics. ‘I’ve spent over a million pounds of my money on the maths books,’ she says.

‘There are a hell of a lot of actors who just go along, get paid £25,000 to cut a ribbon at the opening of a supermarket, then they say they’ve worked for charity and get made a dame for it.’ 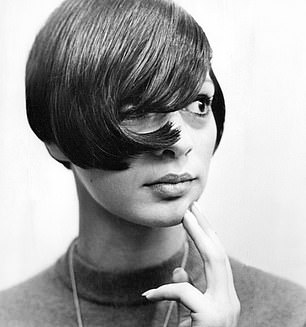 A model for Mary Quant who became one of society’s most popular figures, Jan De Souza, has died aged 80, following a battle with cancer.

Married to Johnny Gold, the founder of Tramp nightclub, she became pals with everyone from Sir Michael Caine to Dame Joan Collins.

Her son, Nick Gold, says his mother had struggled to cope with the death of his father last October. ‘My darling mother has taken her last breath and joined my dad in heaven,’ he says. ‘Life without her soulmate and partner was too much. Now they can be together for eternity.’

Pink Floyd star Nick Mason faced criticism last month when I revealed that he had used the Government furlough scheme during the pandemic to claim up to £100,000 of taxpayers’ cash.

Happily, his bandmate Dave Gilmour, 76, was less  greedy. Newly filed documents disclose that the guitarist’s business, which employs five people, did not use the Government support scheme.

Dave Gilmour Music Ltd made £3million in profits during the worst months of the lockdown.