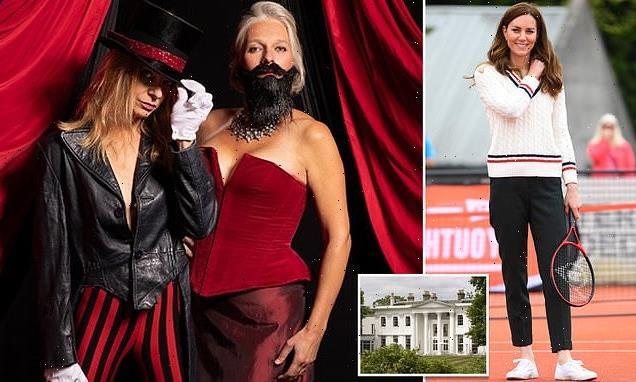 With its stately clubhouse set in 42 acres on the banks of the Thames, the Hurlingham club in Fulham — where the Duchess of Cambridge takes Prince George for tennis lessons — would seem invulnerable to the coarseness of the outside world.

But, I hear, that illusion was shattered at a black-tie party last weekend, when the evening’s entertainment left guests aghast.

There was no inkling of anything untoward as they had drinks and then dinner, says one diner.

‘Hurlingham looked beautiful,’ he adds, ‘like a scene from the Roaring Twenties.’

The sight of the cabaret — a female duo, Louise Innes and Charlie Bicknell, described by one guest as ‘a burlesque cabaret’ — appeared to promise further pleasures, albeit in a slightly different key. 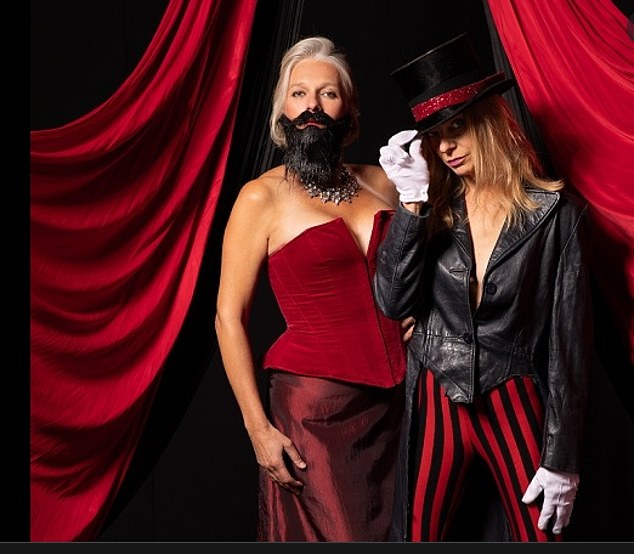 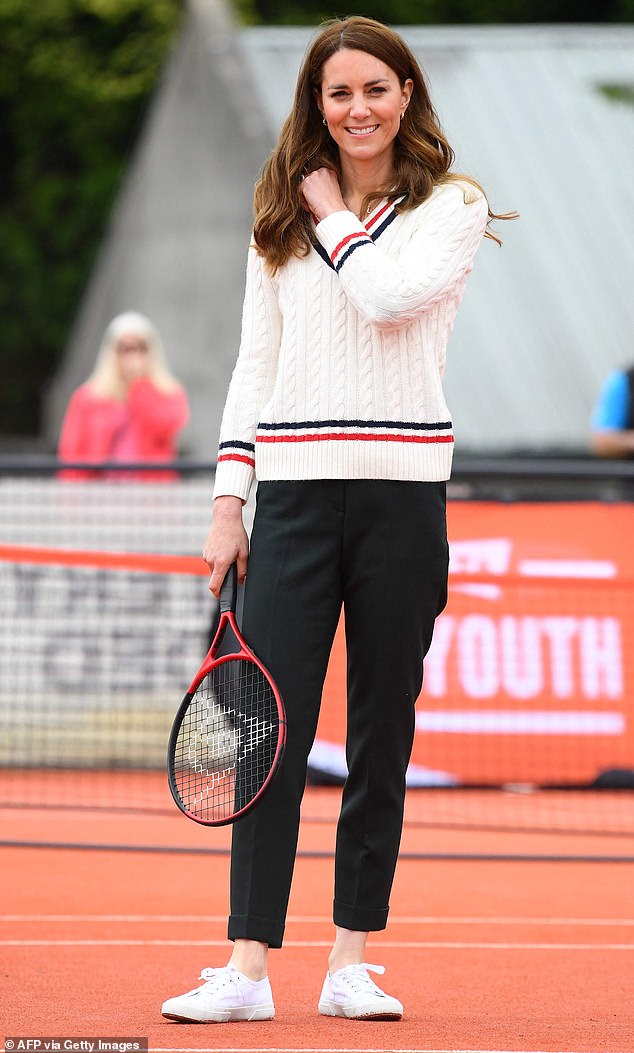 ‘Louise Innes is beautiful and has a beautiful voice, too. Charlie reminded me of the MC in Cabaret — only more flexible.’

What followed made dinner rather less digestible, however.

‘There was something about well-trimmed topiary,’ adds the diner, who explains that certain songs went into intimate detail about female anatomy, with one graphically rhyming Benedict Cumberbatch’s name.

Even the most broad-minded guests were stunned. ‘We looked at each other wondering what to say.’

Innes, a mezzo soprano who made her Covent Garden debut in 2010, declines to comment. 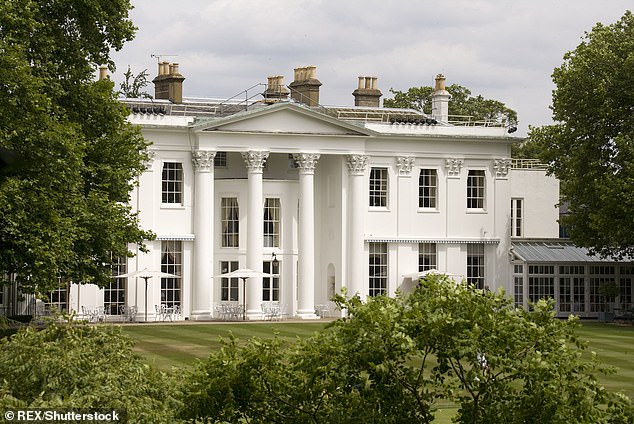 Understandably, perhaps: in addition to her cabaret act, she teaches at Wells Cathedral School and Jeffrey Archer’s alma mater, Wellington School, in Somerset.

But Bicknell is unabashed, calling the party ‘a celebration of growing older’.

Of Cumberbatch, she says: ‘I extol his theatrical successes in the build up to that punchline. In cabaret it’s important to elicit a gasp on occasion.’

And they succeeded. A guest tells me: ‘It scored at least a million points for the most unwoke show since Jerry Springer: The Opera.’ 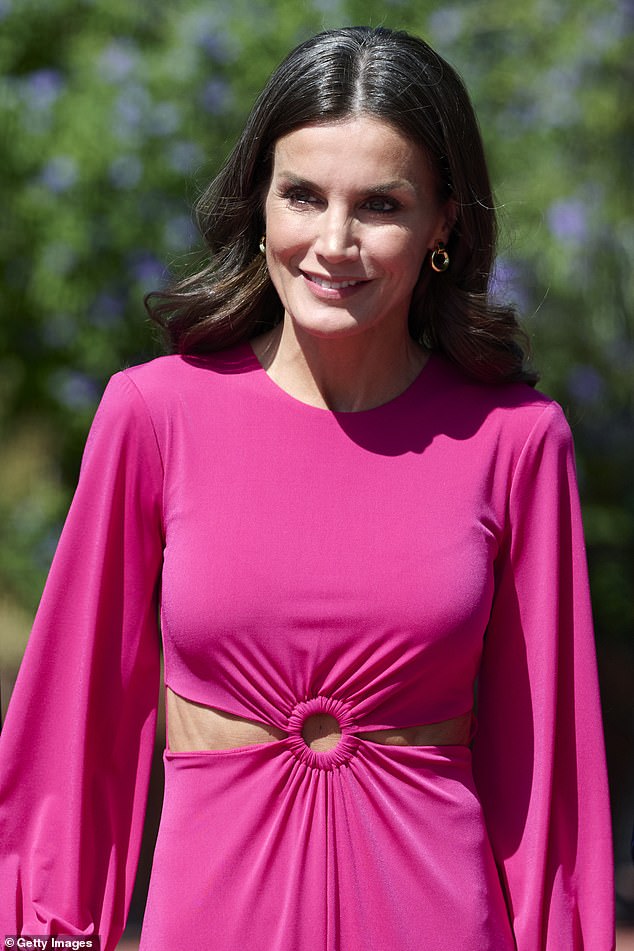 She’s considered one of Europe’s most stylish royals, but Queen Letizia of Spain has caused a furore with her latest outfit.

And the £52 fuchsia frock, by Spanish label Cayro, provoked an outcry, with commentators claiming that the Duchess of Cambridge would never wear such a racy gown for a public engagement. The former TV newsreader was attending a Red Cross fundraising event in Valencia.

‘This is totally out of place for a queen,’ thundered Carmen Lomana, a Spanish influencer. ‘She thinks she is a model.’ Another fashion watcher remarked: ‘In two words, Kate Middleton — she knows how to dress in an appropriate manner.’

Having rejected a knighthood after he masterminded the 2012 Olympics opening ceremony, republican Danny Boyle has now criticised Buckingham Palace for daring to offer him a gong.

‘It was insensitive of them to ask me, to be honest,’ wails the Oscar-winning director, 65.

‘I remember people saying, “Oh, you should accept it on behalf of [the Olympic volunteers]”,’ he adds.

‘That sort of thing makes me vomit. It’s a way of separating yourself.’

The BBC’s new political editor, Chris Mason, is clearly not letting his promotion go to his head.

Although he’s been handed a huge pay rise, the 42-year-old Yorkshireman didn’t head straight to the Queen’s grocer Fortnum & Mason.

He was happy to push a trolley at budget supermarket Aldi in London, where he lives with his wife, Polly, and their two children. 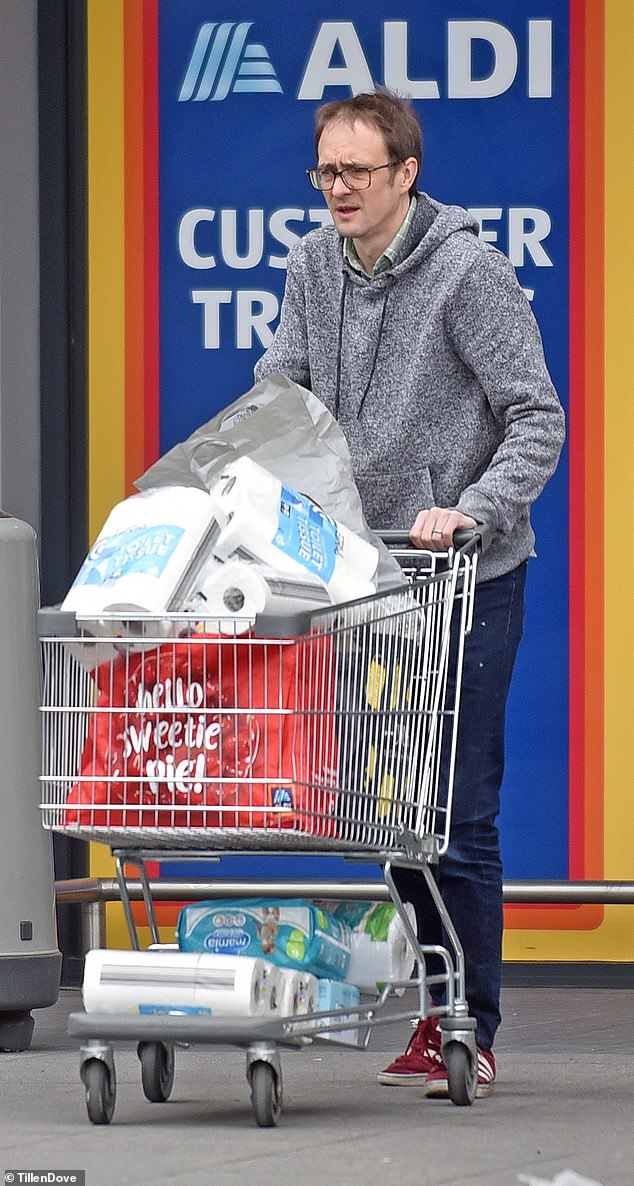 This week, Mason succeeded Laura Kuenssberg, who earned £250,000 per year.

Mason said his former political correspondent salary was £60,000 per year.

MOST artists would be honoured to have a former prime minister and his wife attend their latest exhibition, but Jake Chapman rewarded David and Samantha Cameron by posting photographs of them at the event on social media, accompanied by derisive and obscene comments.

Even as the Camerons were chatting to other guests in East London’s Paradise Row — and perhaps casting an eye over some of Chapman’s creations, which inspired one critic to reflect that ‘gleeful bad taste is everywhere’ — the artist posted a snap captioned, ‘Annihilate this p****’ and another emblazoned with the C-word.

It’s not clear why the Camerons attended the event. Lefty Chapman fell out with Tracey Emin when she voted Conservative in 2010.

But Chapman and his wife, model-turned-nutritionist Rosemary Ferguson — an old pal of Kate Moss — live, like the Camerons, in the Cotswolds.

Judi and Camilla get on royally well

It’s not clear what the Duchess of Cornwall said to Dame Judi Dench when they met at a Mayfair party.

But Camilla may well have asked the Oscar-winning actress, ‘Didn’t you play my husband’s great-great-great-grandmother?’

Dame Judi, 87, who has portrayed Queen Victoria twice on the big screen, enjoyed a joke with Prince Charles’s 74-year-old wife at a party at Claridge’s hosted by Country Life magazine.

Camilla is to be its guest editor in July. 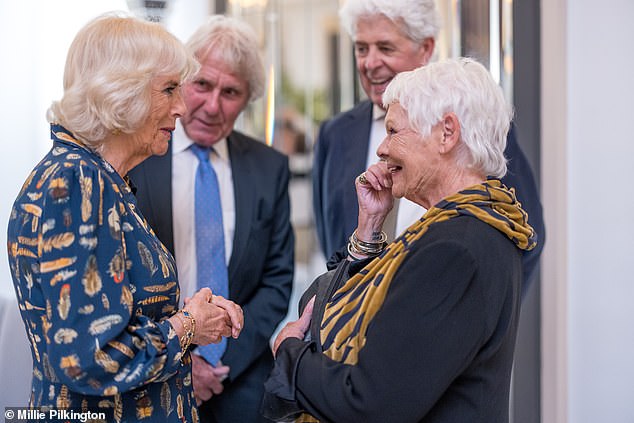 Although Harry Potter star Rupert Grint joined his fellow cast members in condemning J.K. Rowling for her views on the trans debate, the films continue to cast a spell on his bank balance.

Newly filed accounts for the 33-year-old actor’s company, Clay 10, show that it made a £2.3 million profit last year.

The firm, through which he channels his earnings, now has a net worth of £23.4 million.

Grint, who played Ron Weasley, makes most of his money through property investments.