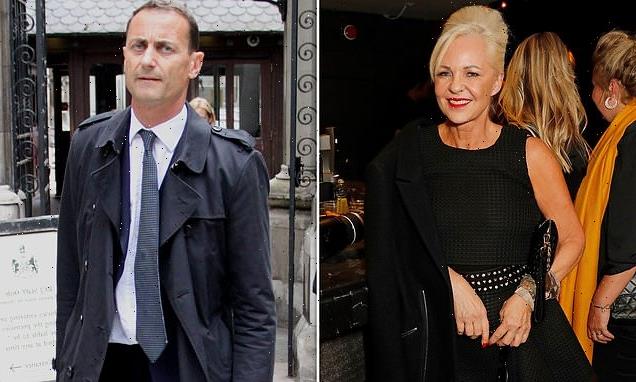 Trouble is brewing on one of Chelsea’s most star-studded and expensive streets — Cheyne Walk.

For I can reveal that socialite Amanda Eliasch, 61, has gone to war with French multi-millionaire financier Hugues Lepic, 57, whom she is accusing of destroying the foundations of her Grade II-listed property with his planned basement works at his £7 million seven-bedroom terrace house.

A furious Amanda tells me: ‘He’s been permitted to do certain work on the house, which at the moment involves putting in a washing machine and dryer, and we’ve had to put up with disruption for a year and a half.

‘My house has already got cracks in it from the work. Lorries are being driven through every day, leaving less than an inch of space on either side and putting these beautiful old buildings at risk.’

Mr Lepic, a former Goldman Sachs employee, has twice been denied by Kensington and Chelsea council over his application for an excavation of a single-storey basement under the property. 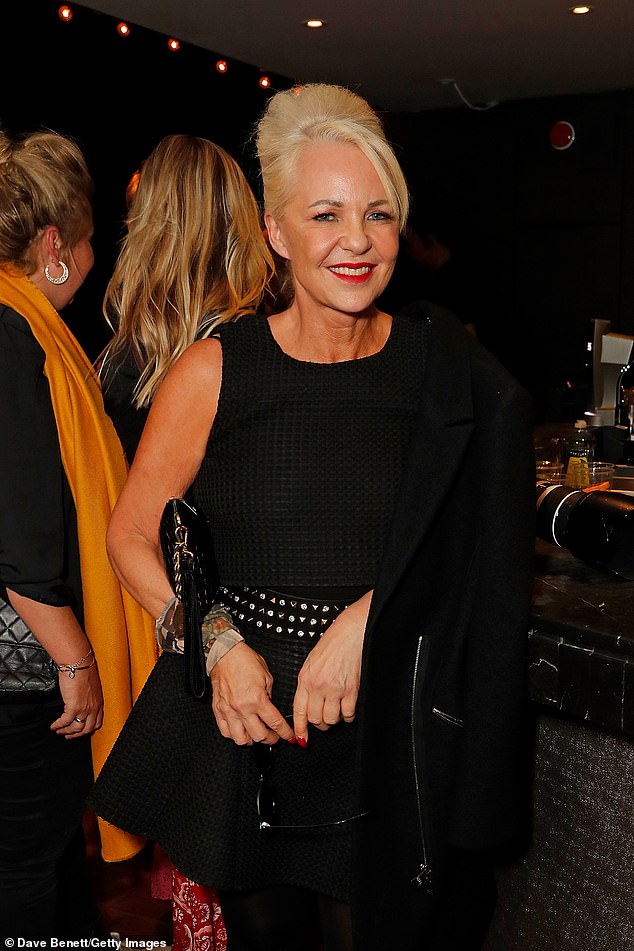 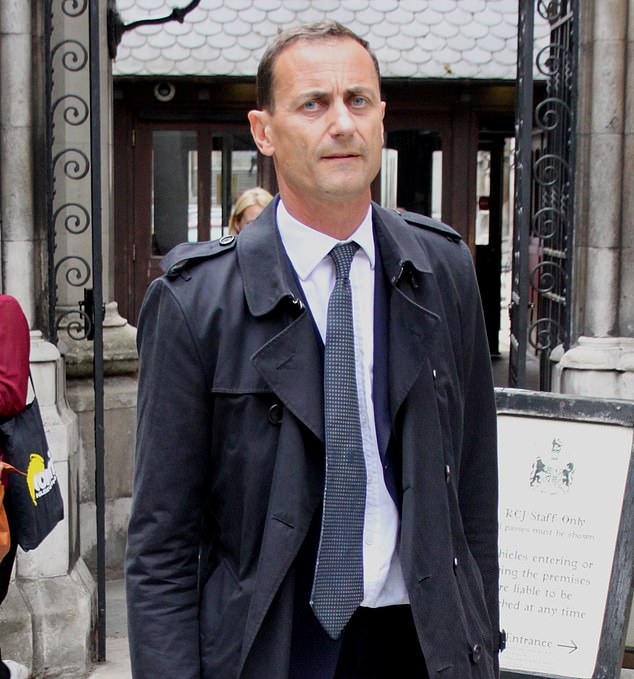 However, the determined moneyman is pressing ahead with an appeal, which he made on March 30, and residents have until May 5 to comment before a final decision is made by the council.

Amanda, who resides in a property previously owned by Earl Cadogan in 2010 — which also sits on the site of a manor Henry VIII gave his sixth wife Catherine Parr in 1543 — says: ‘I worry about these houses.

‘They’re historical, they’re Grade II-listed and they can’t take the disruption — it’s as simple as that.’

Mr Lepic owns the third most expensive property on the street, where the likes of the Rolling Stones’ Mick Jagger, Keith Richards and Ronnie Wood once all owned houses. It has been reported that Jagger moved back in recent years.

This is not the first neighbourly dispute Lepic, who declines to comment, has been involved with in recent times.

In 2015, he was accused of a money-driven bid to evict his elderly neighbours from their Chelsea mews house but was backed by a judge and won the case.

Tycoon and ex-Dragons’ Den star Duncan Bannatyne appears to be enjoying a new lease of life as a silver influencer for the older-male market.

The 73-year-old, no doubt inspired by his wife Nigora’s love of taking swimwear pictures, has followed suit by modelling his own beach wear during their holiday on the Caribbean island of St Barts. 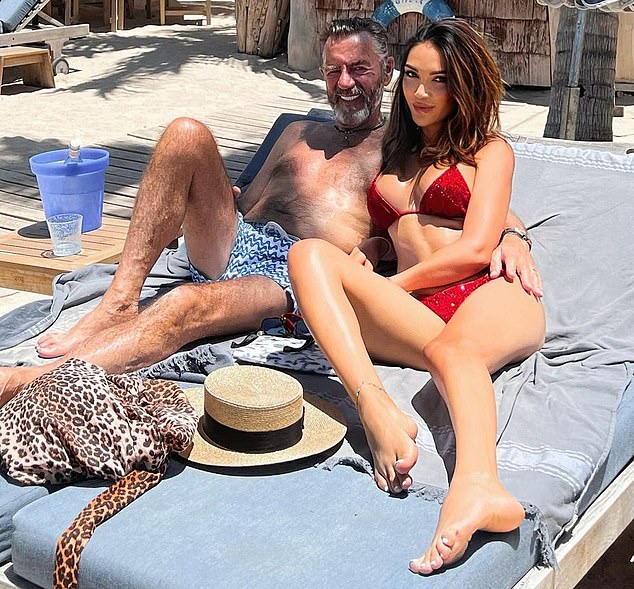 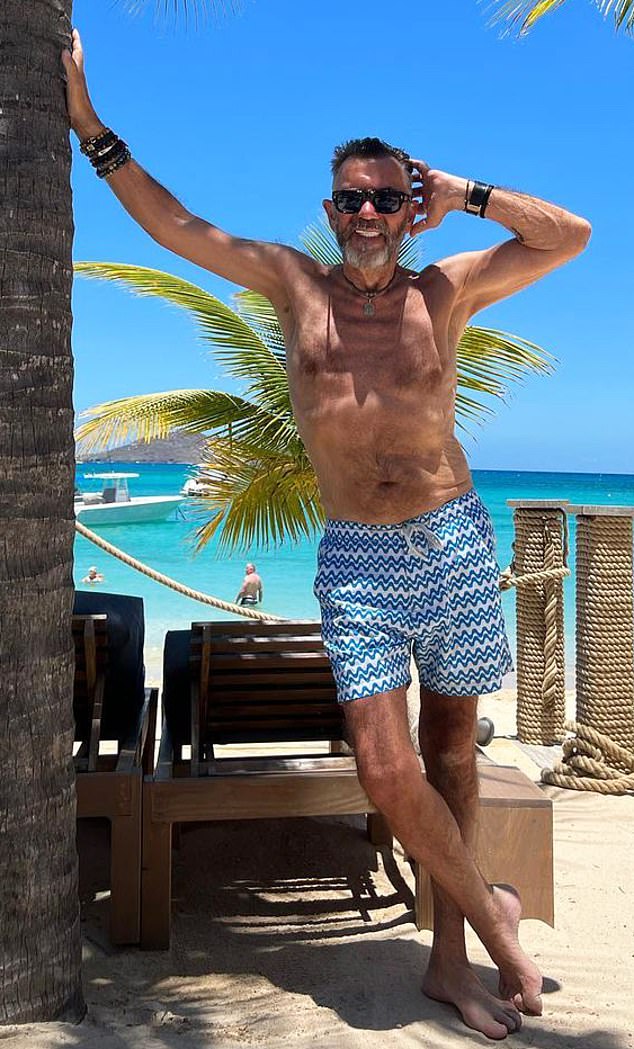 But now it seems Nigora, 31 years his junior, has tired of taking snaps of Bannatyne posing in his swimmers and left an online comment saying: ‘Stop bothering me for photos.’

No doubt all’s well in paradise.

Claire goes walkabout in NY — in her pyjamas

One might think The Crown star Claire Foy was off to a pyjama party with her latest ensemble in New York, where she’s been promoting her BBC drama A Very British Scandal.

The 37-year-old actress wore a snazzy pair of feather trim dragon-printed PJs as she headed out in the Big Apple.

The mother-of-one says she’s learnt to be bold with her choices. 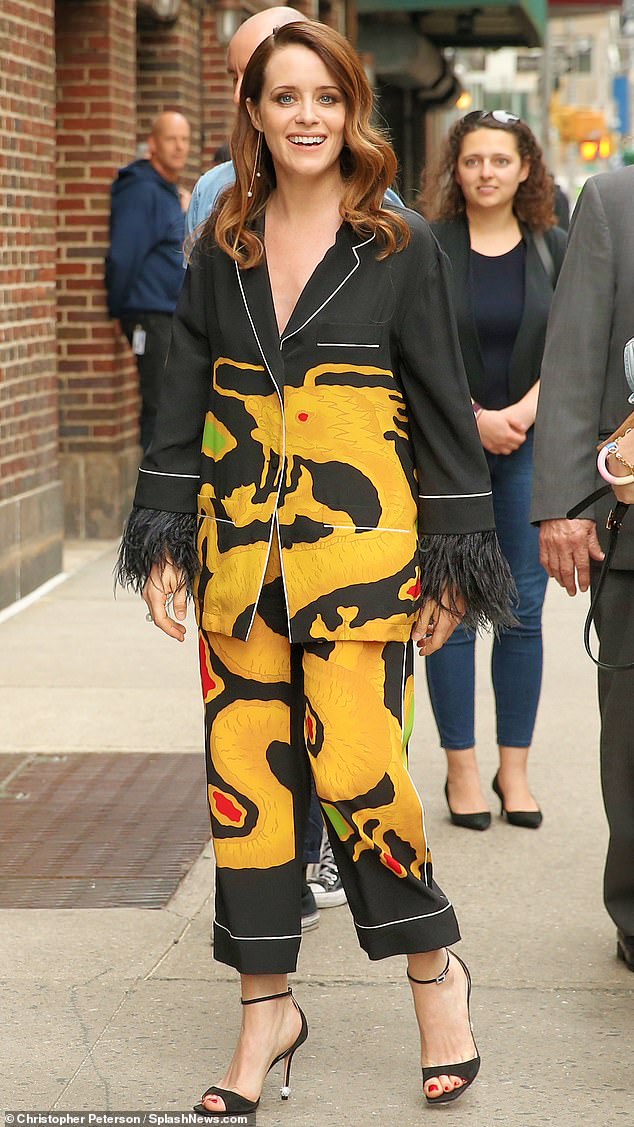 ‘I think confidence on its own is utterly pointless,’ she says.

‘To be confident in yourself is a completely different thing, and I think that’s basically about knowing what you will and won’t stand for.’

While former Wimbledon champion Boris Becker is facing a stint in prison over a £2.5 million bankruptcy scam, his daughter Anna Ermakova has been on model behaviour in his native country of Germany.

The 22-year-old was pretty in pink in a dress designed by Christophe Guillarme as she attended the launch of a new coffee machine in Munich. 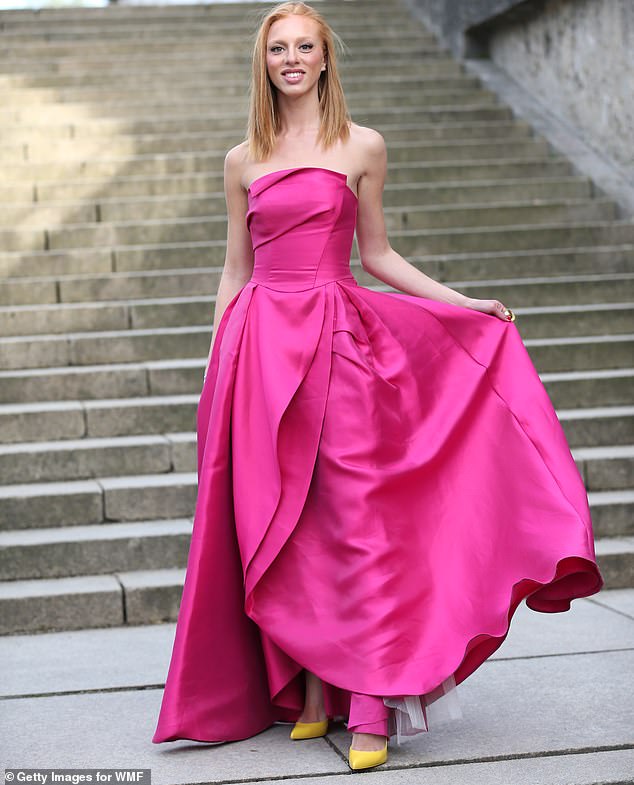 The auburn-haired, blue-eyed fashion star was raised by her mother, the Russian model Angela Ermakova, after being conceived at the Mayfair branch of Japanese restaurant chain Nobu, allegedly in the broom cupboard.

Veteran restaurateur Otto Tepasse caused a stir in the restaurant world when he told me the Ritz had copied his famed pressed duck dish.

Tepasse, who worked at the famed La Tour D’Argent in Paris and Mirabelle in Mayfair before opening his restaurant, Otto’s, in Clerkenwell, now has another bone to pick with the industry.

He is accusing other restaurants of potentially poisoning customers by not preparing steak tartare properly.

‘No one in London makes the dish tableside any more,’ he informs me. ‘They often prepare it and leave it in the fridge all day.

‘Not only does this make it dry rather than succulent, but it risks the growth of bacteria if it’s mixed in a bowl and then left all day.’

Following my disclosure that the Duchess of Sussex has applied to trademark the ancient English word ‘archetypes’, the name of her new podcast series, I can reveal she faces a challenge from a company trying to create a dating and luxury goods brand. 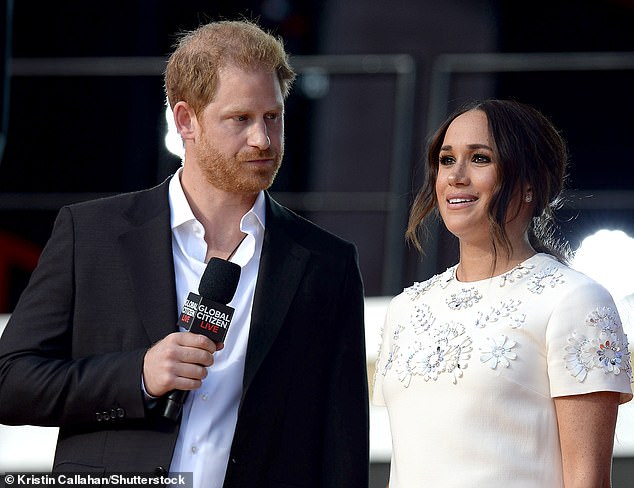 The most worrying aspect for Meghan, 40, will be the company’s possible encroachment into her media space.

Project Miracle would also like its trademark to cover ‘interactive media’.

A ruling on the trademark applications will be made in the coming weeks.

The Earl of Cardigan is celebrating victory over Forestry England’s attempt to block access and charge visitors for parking at Savernake Forest in Wiltshire, an ancient woodland owned by his family.

‘I am delighted the elected representatives of Marlborough and all those that packed out the Town Hall all felt so passionately about their access to this great forest,’ he tells me.

Andrew Lloyd Webber is undoubtedly one of the great impresarios of Theatreland, but has the time come for him to take his final bow?

At 74, Lord Lloyd-Webber says relinquishing control of his musicals has had a positive effect.

He confesses: ‘At my old age, I actually think that productions I don’t have anything to do with seem to be rather better than the ones I do.’