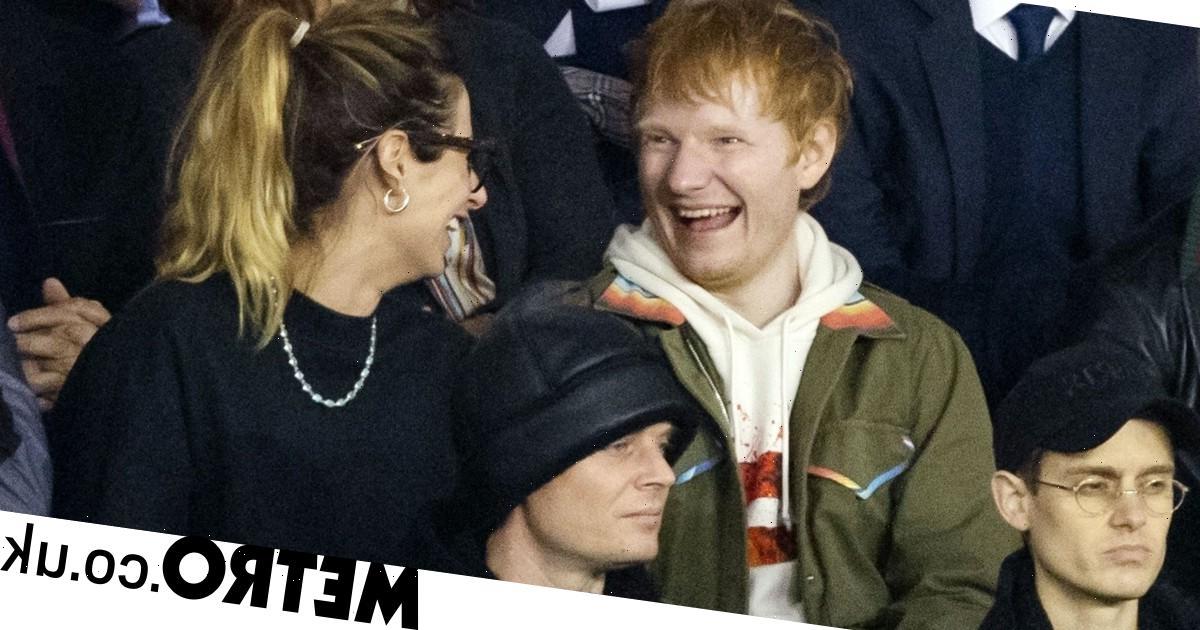 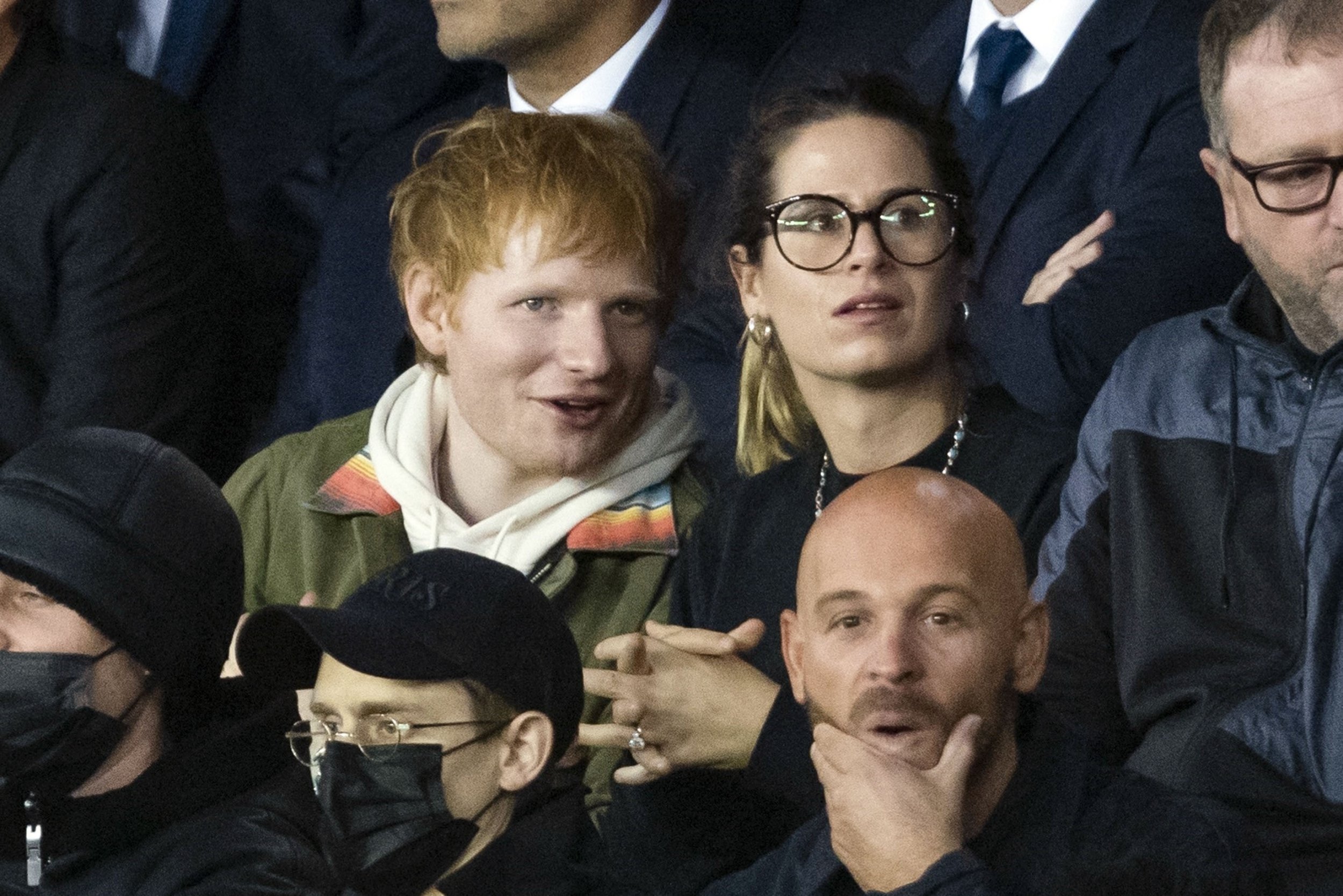 Ed Sheeran and wife Cherry Seabron have been married for nearly three years, and it looks like the sweet couple are still in their honeymoon phase.

The 30-year-old Perfect singer was seen holding hands with Cherry, while watching a UEFA Champions League match between Paris Saint-Germain and Manchester City in Paris, at Parc des Princes.

Ed was casually dressed in an army green jacket and a cream hoodie with a colourful detail round the collar.

His wife Cherry meanwhile looked snug in a brown chunky knit over a black top, with her hair in a ponytail and hoop earrings. The happy couple were also joined by Ed’s dad John.

Ed and Cherry have known each other since secondary school but only started dating in 2015. They wed four years later in 2019 and last year welcomed daughter Lyra Antarctica.

The Bad Habits hitmaker recently admitted he thought about giving up music for good after becoming a dad.

Speaking on SiriusXM, the star said: ‘In my year off, I was kind of searching for who I was because I stopped playing music for a bit. And music is entirely me as a person.

‘And then I had my daughter — well, my wife had our daughter, but I’m a parent. And then I was like, that’s it, this is me.

‘I’m just going to be a dad, I’m not going to play music anymore.’

‘I think it’s more important for my daughter to grow up knowing that her parents love creating and enjoy their jobs, and seeing that rather than like looking at your dad as technically unemployed.’

Ed and Cherry attended school together at Thomas Mills High School in Framlingham, Suffolk, but didn’t get together until 2015 when they reconnected in New York and Ed later invited his crush to Taylor Swift’s 4th of July party.

The couple became engaged over Christmas 2017, after Cherry transferred from her US job to Deloitte’s London branch.