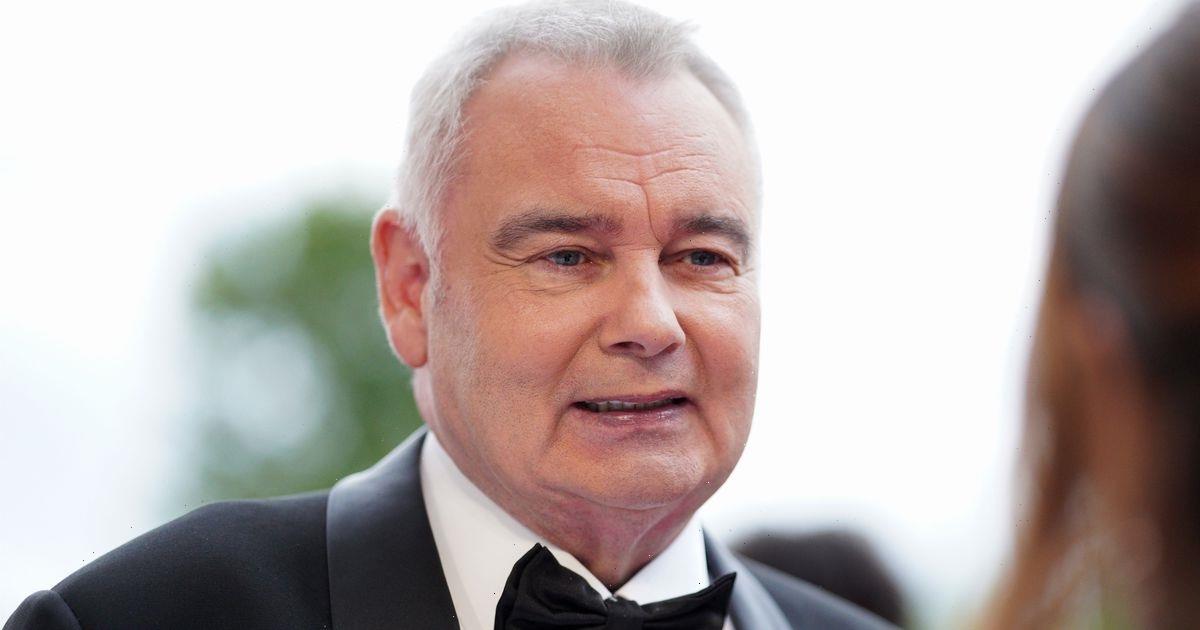 Eamonn Holmes was seen on crutches at Piers Morgan's annual festive party, as he continues his health battle with chronic pain, which he's given an update on.

The 63 year old GB News presenter was seen smiling through the pain as he shook hands with Piers, 57, who has his own show named Piers Morgan Uncensored.

As he leaned on his crutches, Eamonn – who's wife is TV darling Ruth Langsford – looked sharp in a dark suit worn over a white shirt.

He posted the snap to Instagram and wrote: "Big step forward for me tonight – literally. Got myself to a Christmas gathering hosted by Piers.

"Felt really good being out and mixing . Better than medicine. Happy Christmas everyone."

His celebrity pals rushed to comment on the snap, with Geordie Shore's Vicky Pattison writing: "Love you Eamon," whilst Loose Women panelist Katie Piper wrote: "Good to see you smiling."

Eamonn has had a tough time of things this year with his chronic pain, and he suffered a major setback after a horrific fall down the stairs of his Surrey home in November, leaving him with a fractured shoulder.

He was in the midst of recovering from spinal surgery when the incident happened and he had to undergo yet another surgery within the space of just weeks as a result.

At the time, Eamonn's representative told The Express: “As a consequence of being laid low by major surgery, Eamonn suffered a fall at home a couple of weeks ago and had to undergo another operation.

“He’s naturally gutted by the setback, but the good news is the surgery on his shoulder went well. He’s now receiving fantastic care and rest."

Explaining that it means Eamonn is likely to stay off screen for a longer period than he originally expected, they continued: "But despite being in an awful lot of pain, he’s remaining positive and is looking forward to doing what he loves most and being back on TV and presenting on GB News just as soon as he can.”

They added: “Eamonn would like to say thank you for the wonderful care he has received from the NHS. He’d also like to thank everyone who has sent him get-well messages.

The longtime TV presenter recently shared an update on his health, as he said: "It was a massive setback and means I’m going to need to take some extra time off to get myself better. It’s been a hellish few weeks.

"But day by day I’m improving, and I am remaining positive and trying to look on the bright side."

In September, Eamonn was forced to take absence from his presenting slot on GB News to go for more surgery and the necessary recovery time.

Eamonn's health journey has been complicated, and he initially opted for steroid injections in his back after doctors first advised not to operate on his back after he dislocated his pelvis and slipped three discs in his spine.