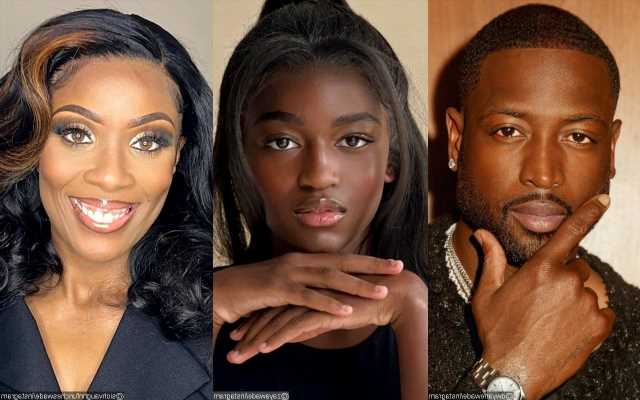 Firing back at his ex-wife Siohvaughn Funches, the former NBA star claims that allowing his 15-year-old daughter to legally change her name and gender will allow her to ‘live more comfortably and honestly.’

AceShowbiz –Dwyane Wade continues fighting for his daughter to make her transition official. The retired professional basketball player has fired back at his ex-wife Siohvaughn Funches, who tries to block Zaya Wade‘s name and gender change.

In a new court filing, the 40-year-old said, “This Petition is not about Siohvaughn or Dwyane or their prior marriage, it is about what Zaya wants and what is in her best interest. This Petition is about empowering Zaya to live her truth.”

“This petition is about allowing Zaya to take on the milestones of being a young adult with confidence and joy,” he continued, noting that the legal change is about empowering “and to ensure that those moments are not clouded by the self-doubt that comes from checking a box or signing a name that does not reflect her identity.”

The former Miami Heat star explained why he stands by his daughter’s decision to legally change her name and gender, “A court order affirming her identity will allow Zaya to live more comfortably and honestly in all aspects of her life — from simple introductions and food orders, to applying for a driver’s license and filling out college applications.”

Denying Siohvaughn’s allegations that he tried to capitalize on Zaya’s identity and transgender journey, Dwyane said, “Siohvaughn’s allegations are libelous at their core, and are, at best, nonsensical.” The documents went on stating, “Dwyane filed this Petition because Zaya asked him to. It is unclear if Siohvaughn’s goal is to relitigate her divorce and custody dispute with Dwyane, or to resume her campaign of personal attacks against Dwyane, but it is clear that her objections have little, if anything, to do with Zaya’s best interest.”

Dwyane insisted it’s for Zaya “regardless of whether it generates interest from the public,” adding, “While it certainly would have been preferable for Zaya’s mother to be supportive of this important part of Zaya’s journey, Zaya should not be forced to put her life on hold while she waits for Siohvaughn to acknowledge and accept her truth.”