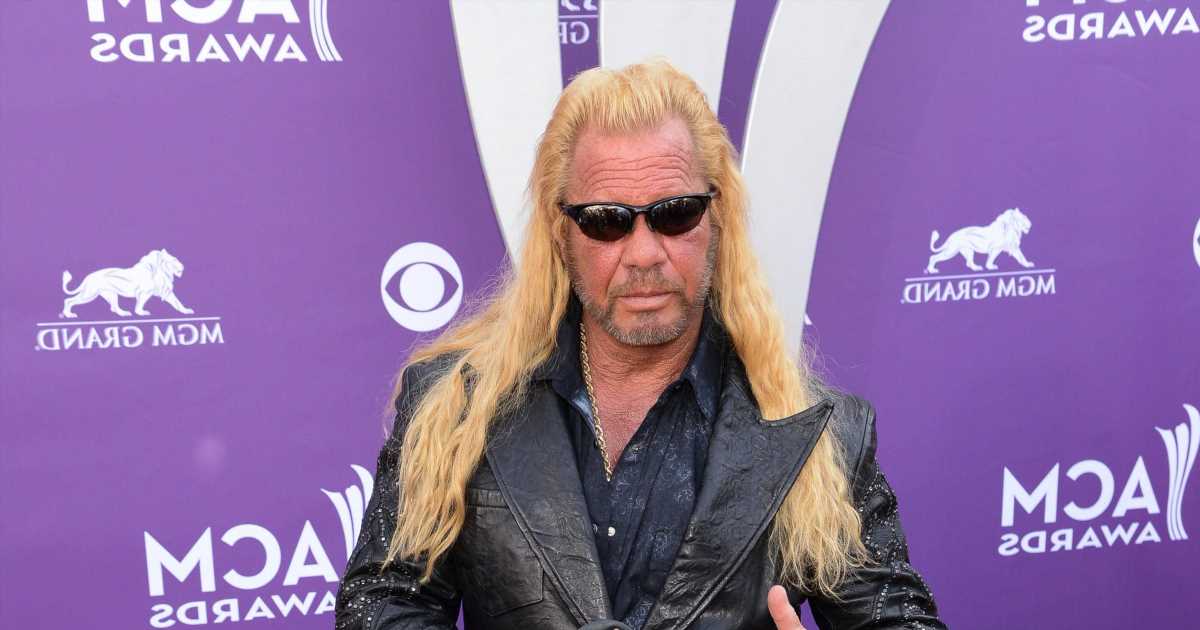 A week after Duane Chapman’s daughter labeled him a homophobe and a racist, the reality TV star is coming to his own defense, claiming he’s not a racist and has “more Black friends than Eminem.” He also said he was given a “pass” to use the N-word. While chatting with Entertainment Tonight on Sept. 1, Dog The Bounty Hunter acknowledged that his “Achilles’ heel” is a leaked phone call he had with his son 15 years ago. In it, he freely used the N-word six times. “I thought I had a pass in the Black tribe to use it, kind of like Eminem,” he said. When asked who gave him the pass, he said, “the brothers.” The aforementioned brothers, he explains, were fellow Texas prisoners from back in the day when Dog was locked up, and they all used the word as a “compliment.” “My pass expired for using it, but no one told me,” he proclaimed. As for his defense that he’s not homophobic, he says he has a gay daughter and several gay staffers.

Click through to see the unexpected person who stole the show the “Impeachment: American Crime Story” red carpet…

RELATED: Celebrity kids then and now

The red carpet for “Impeachment: American Crime Story” on Sept. 1 featured a lot of top line stars, including Sarah Paulson, Clive Owen, Cobie Smulders and Beanie Feldstein, but one unexpected person stole the spotlight from them all: Monica Lewinsky. The former White House aid, whose story is at the heart of the FX series, absolutely stunned in a red, white and black cocktail dress. The 48-year-old, who’s a producer of the show, beamed as the wind lightly blew her dark hair. Twitter even lit up, as people called her “divine” or “beautiful” or “fire.” Monica, who has spent over a decade an activist against online bullying, recently told the New York Times. “When you have made a colossal mistake like I did so early in your life, and lost so much because of it, the idea of making a mistake is catastrophic,” she said. “And yet in order to move forward, I have to take risks. I have to try things. I have to continue to define who I am.”

Did Kanye West cheat on Kim Kardashian during their marriage? He’s certainly hinting that he did. In his song “Hurricane,” which is featured on his new album “Donda,” the rapper implies that she was unfaithful to the reality TV star after welcoming their second child. “Here I go actin’ too rich / Here I go with a new chick / And I know what the truth is / Still playin’ after two kids / It’s a lot to digest when your life always movin’,” he sings. A source told People magazine, “in a way [Kanye’s] testimony of everything he did wrong and his apology and taking accountability.” An insider told Page Six that the “new chick” he raps about is not Irina Shayk, who he had a brief fling with. “If you look closer to the lyrics, he is referring to his infidelity during his marriage with Kim, even after two kids,” the insider said.

RELATED: Celeb couples who broke up and got back together

Scott Disick and Kourtney Kardashian are stuck between a rocker and a hard place. Although the duo hasn’t dated in six years, they’ve always had a very respectful relationship while coparenting their three children. Ever since Kourtney started dating Blink-182 drummer Travis Barker, things have changed. “What’s really got him riled up is the effect Travis and Kourtney’s relationship is having on his relationship with Kourtney,” a source told Us Weekly of Scott. “It’s more strained than ever.” Scott was so upset over the BarKourtney romance that he reached out to one of her exes. That ex, Younes Bendjima, posted the exchange to Instagram, which made Scott look jealous. “He’s trying to be the best parent he can be for their kids and make it work coparenting, but he’s having problems now with Kourtney,” the source said. “He doesn’t think she should be showing off too much PDA because of their rated-R behavior. The kids are still young and can easily find paparazzi photos of them on their phones.” The Younes outing, the source insists, “made everything worse.”

Water, water, everywhere. Cardi B revealed that her Atlanta mansion flooded this week due to Hurricane Ida. The rapper posted a story to her Instagram Story on Sept. 1 that showed water covering the floor of her home. “Storm is no joke,” she captioned the video. She can be heard in the video saying the flood was “wack.” The “WAP” rapper also noted that her bathroom was damaged due to the storm-induced flooding. “Oh, my God, it’s starting to sink,” she exclaimed. Cardi and her husband Offset, who are expecting their second child together, purchased the five-bedroom, 11-bathroom home on Christmas Eve 2019.

The circus that is Britney Spears’ dog fiasco is over. Prosecutors have decided not to pursue misdemeanor battery charges against the pop star. Britney was accused of slapping a cell phone out of a housekeeper’s hands and hitting the woman’s arm. The housekeeper had apparently taken Britney’s two dogs to get medical care and never returned them. Britney felt the housekeeper was working in cahoots with her dad. “Britney is relieved to put this behind her,” a source told Page Six on Sept. 2. “The entire ‘incident’ — if you can even call it that — was blown out of proportion. It should never have been made into a big to-do, and the folks at the DA’s office should not have had to waste their time and resources investigating it. That said, Britney understood that due diligence had to be performed once the complaint was made, and she was willing to cooperate to clear her name.” The district attorney said there was “insufficient evidence that a crime had occurred.”

“Shark Tank” stars Kevin O’Leary and Kevin Harrington are facing a lawsuit after 20 people claim they were scammed by the men. In the court docs, which were obtained by TMZ, the group alleged that the famous investors schemed to defraud people through the use of “fictional executives, false promises of financial success, and even illusions of being on the show Shark Tank itself.” The men, the lawsuit claims, steered the entrepreneurs toward two companies —InventureX or Ideazon — to handle crowdfunding for their startups. The group of 20 said they were “promised that they would receive help with crowd funding to start their businesses” if they paid into the companies. Once they did, they allege that they received nothing they were promised. The group believes the companies might not even exist and suspect that they could be a front for scams. Kevin’s lawyer argued that the reality TV star has done nothing wrong. “It appears that someone has been using my name and likeness without my knowledge, permission, or consent. I’ve never heard of any of these purported companies and have never conducted business with any of the plaintiffs who filed this suit,” the attorney said. “Obviously, I want to get to the bottom of it too, as my rights have been violated. We will make sure that the bad actors are held accountable.”

Seth Rogen, that you? Ever since breaking into Hollywood, the “Neighbors” star has sported  fluffy hair, which has been a lovable signature look for him. That’s now changed. On Sept. 1, the affable star posted a selfie to Instagram showing off a stubble beard and short, short hair. “New hair, same smoldering look,” he captioned the photo. After the posting, several of Seth’s celebrity pals commented. “The Morning Show” star Mark Duplass called Seth a “handsome boy.” Justin Long said the look was a “classic Rogen smolder.” It’s clear, Seth is looking SuperGood.

Sarah Michelle Gellar might want to send a thank you card to the media. If not for a few outlets, she would have forgotten her anniversary, she admitted on Instagram! “Today, on our 19 wedding anniversary, I would like to take this opportunity to thank @goodmorningamerica and @usweekly for alerting my #momsquad that it was indeed our anniversary, and in turn thank my #momsquad for alerting me, as I honestly thought it was tomorrow,” she wrote alongside a picture with husband her Freddie Prinze Jr. from their wedding day. “Happy anniversary @realfreddieprinze  today, tomorrow and any day after that I think might be our anniversary in the future.” 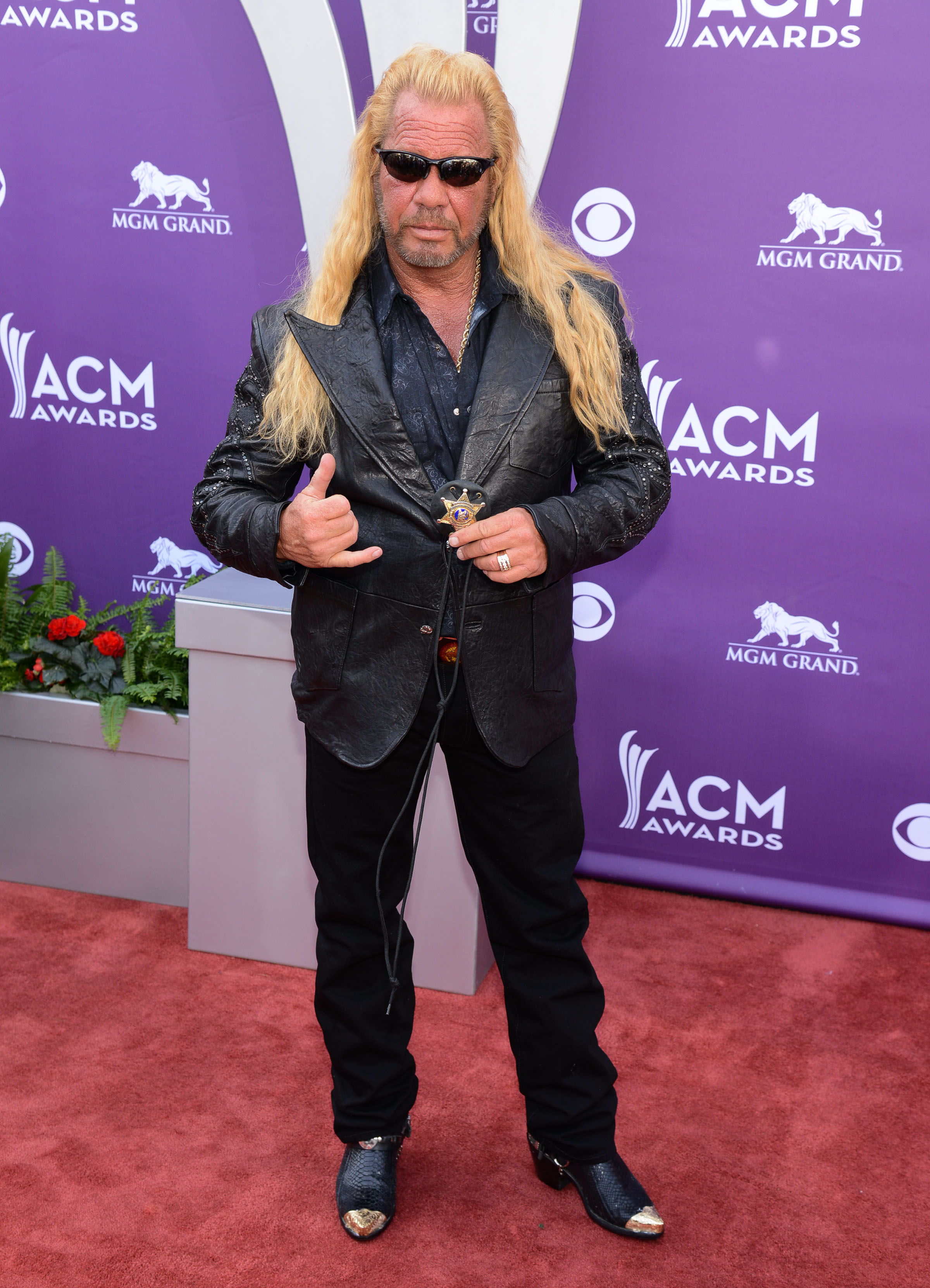 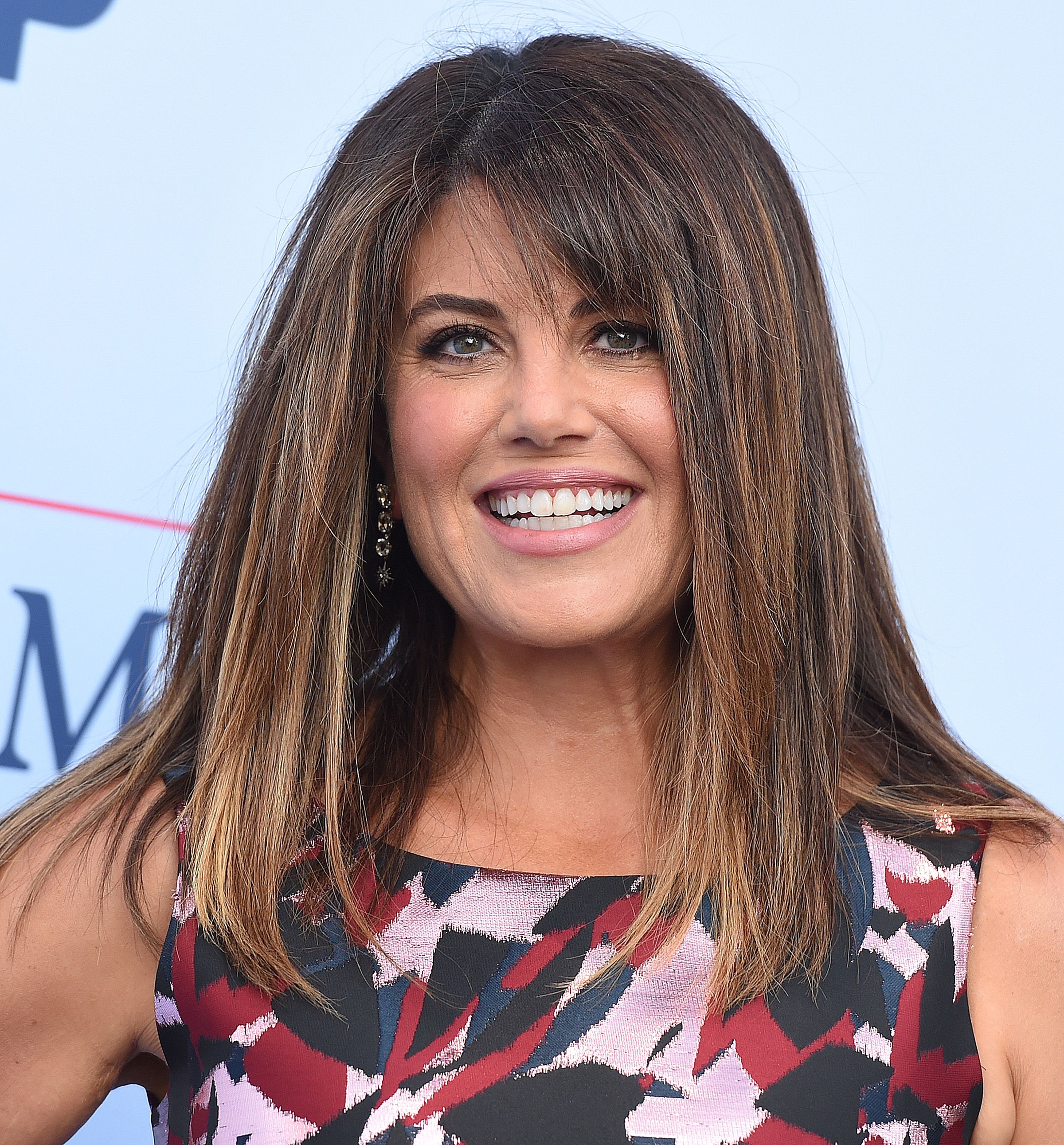 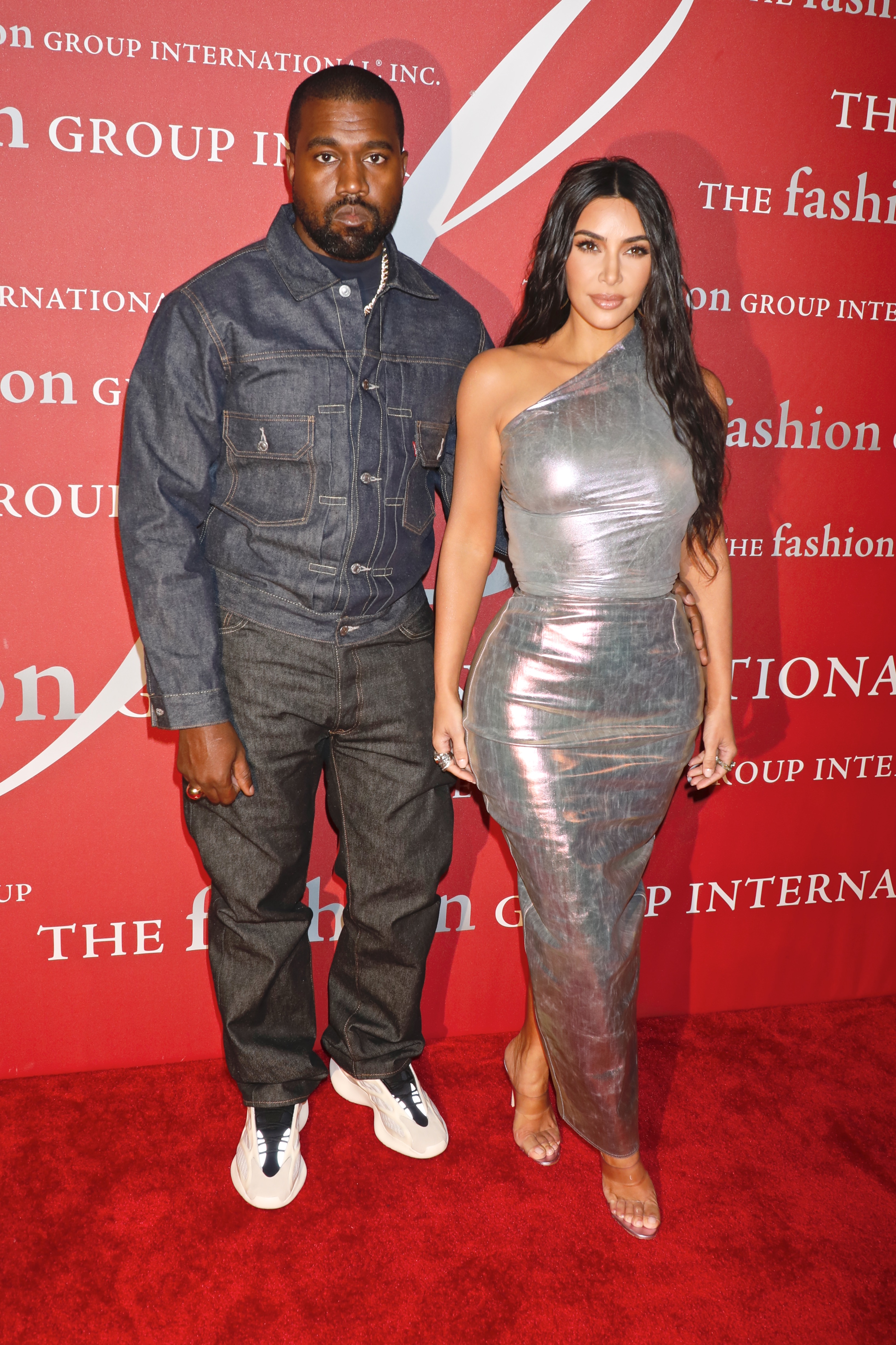 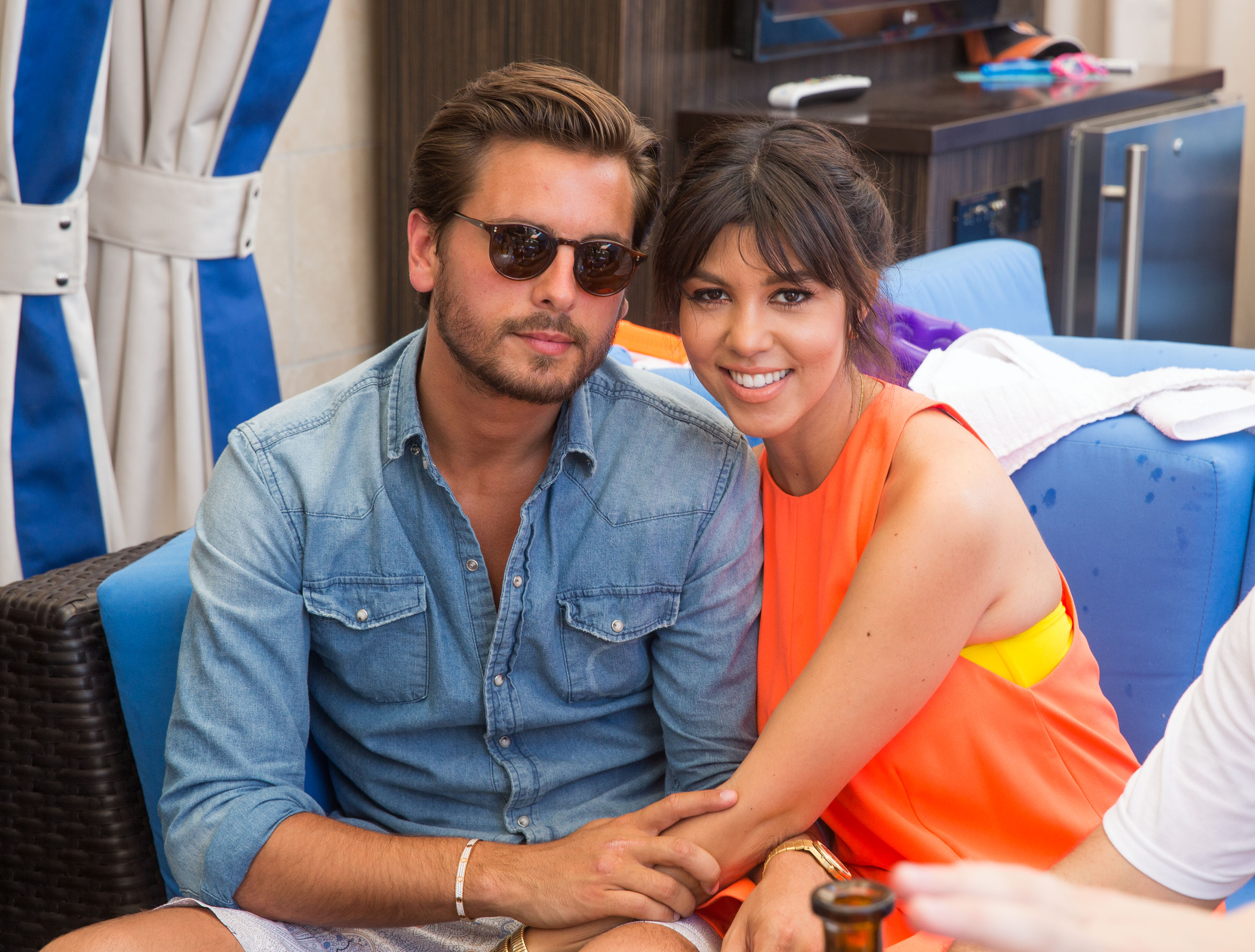 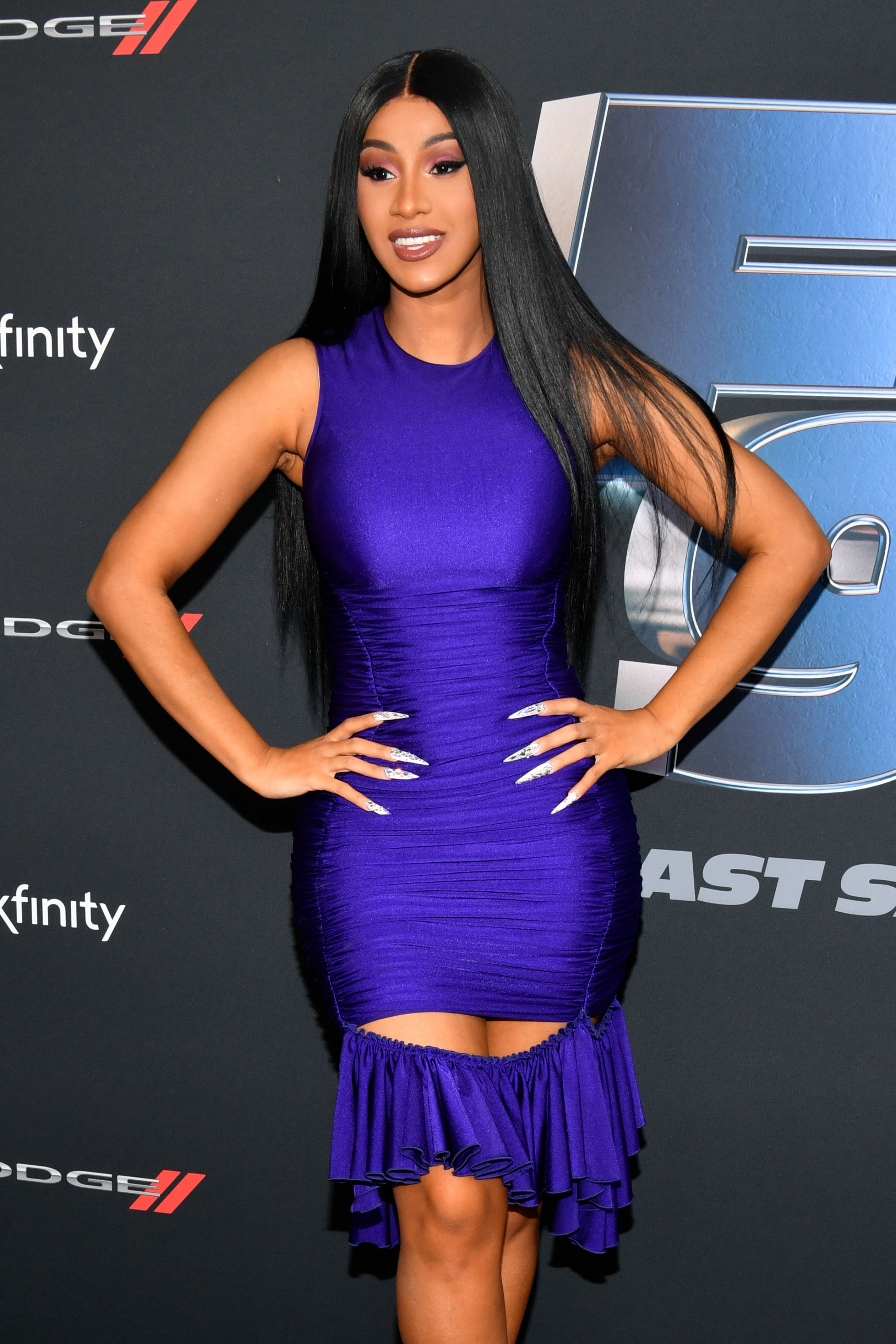 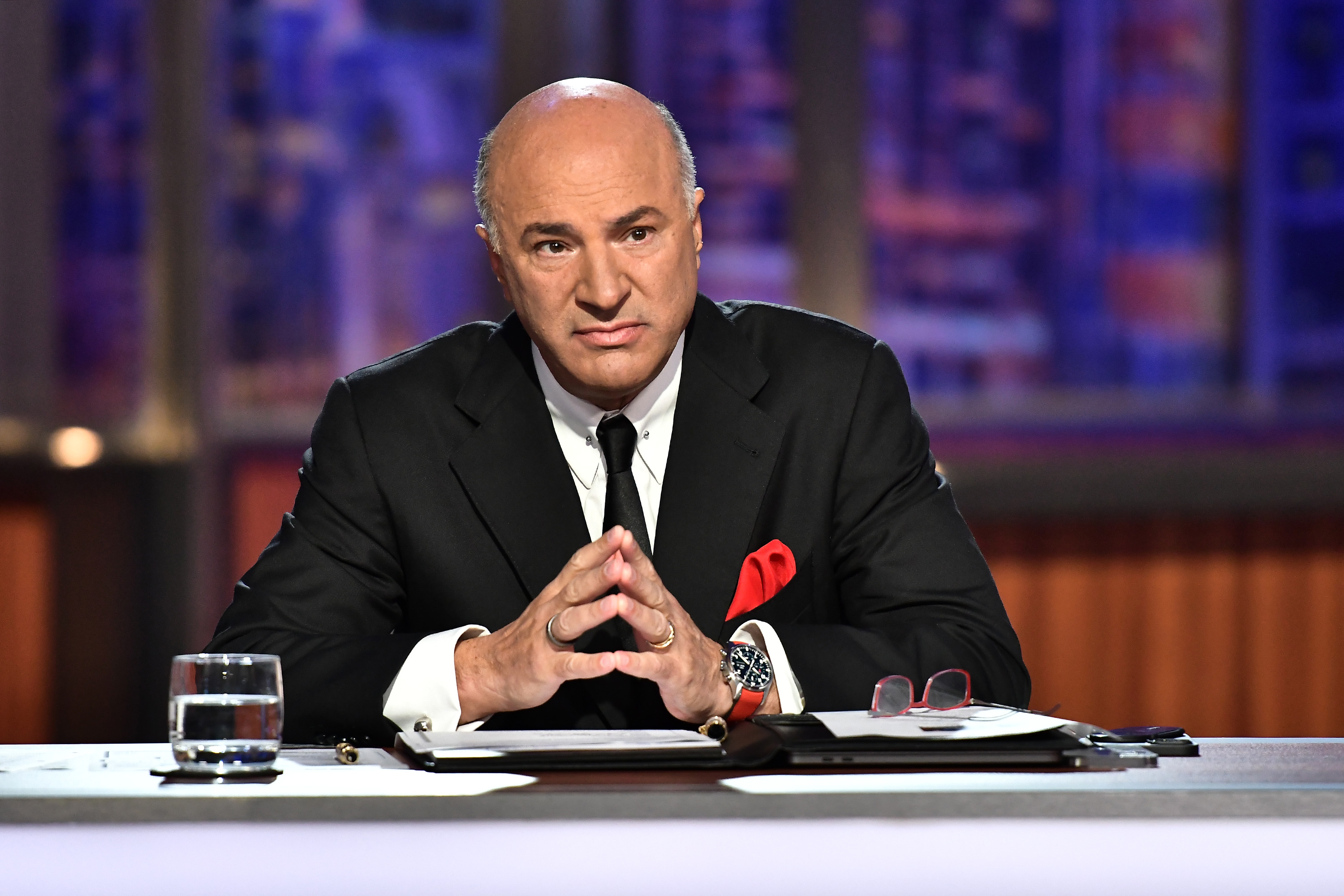 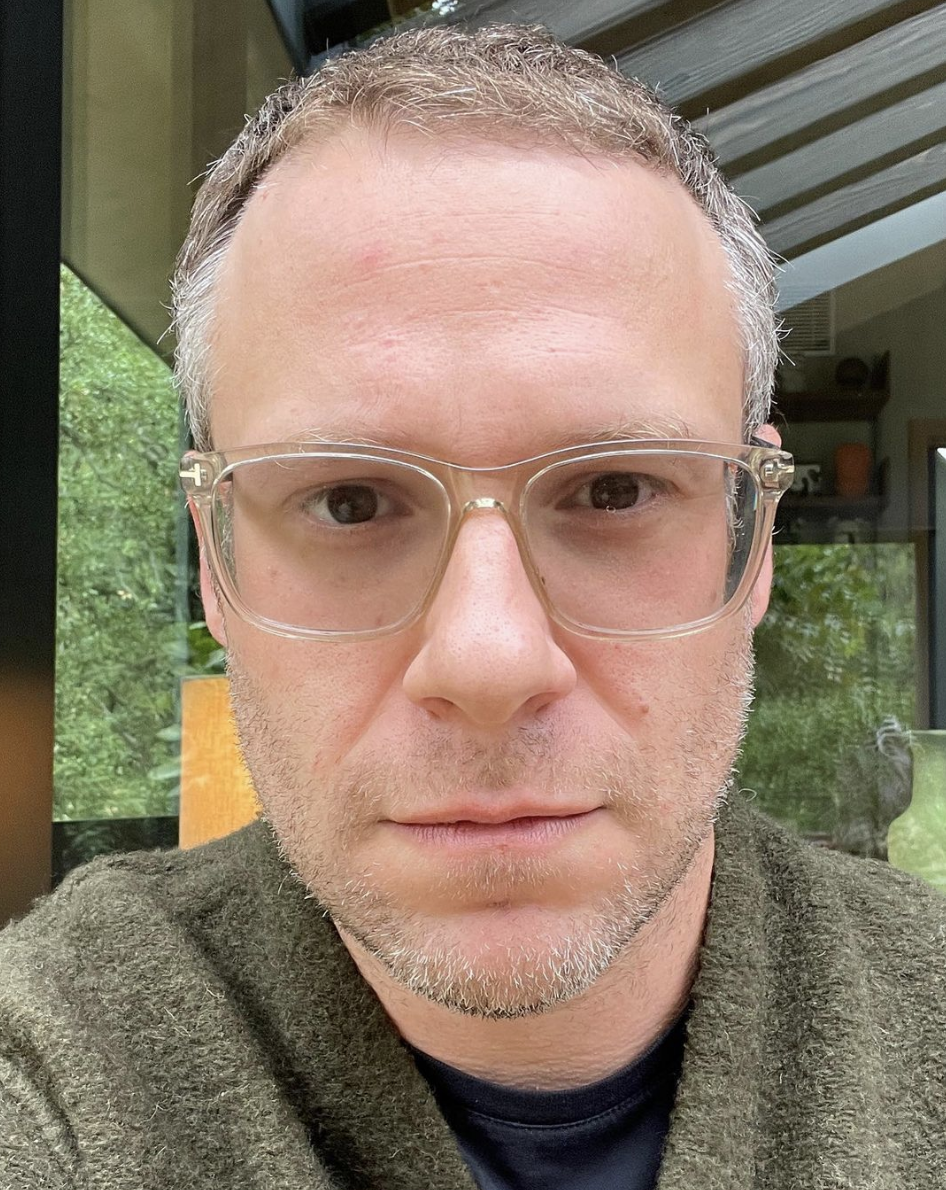 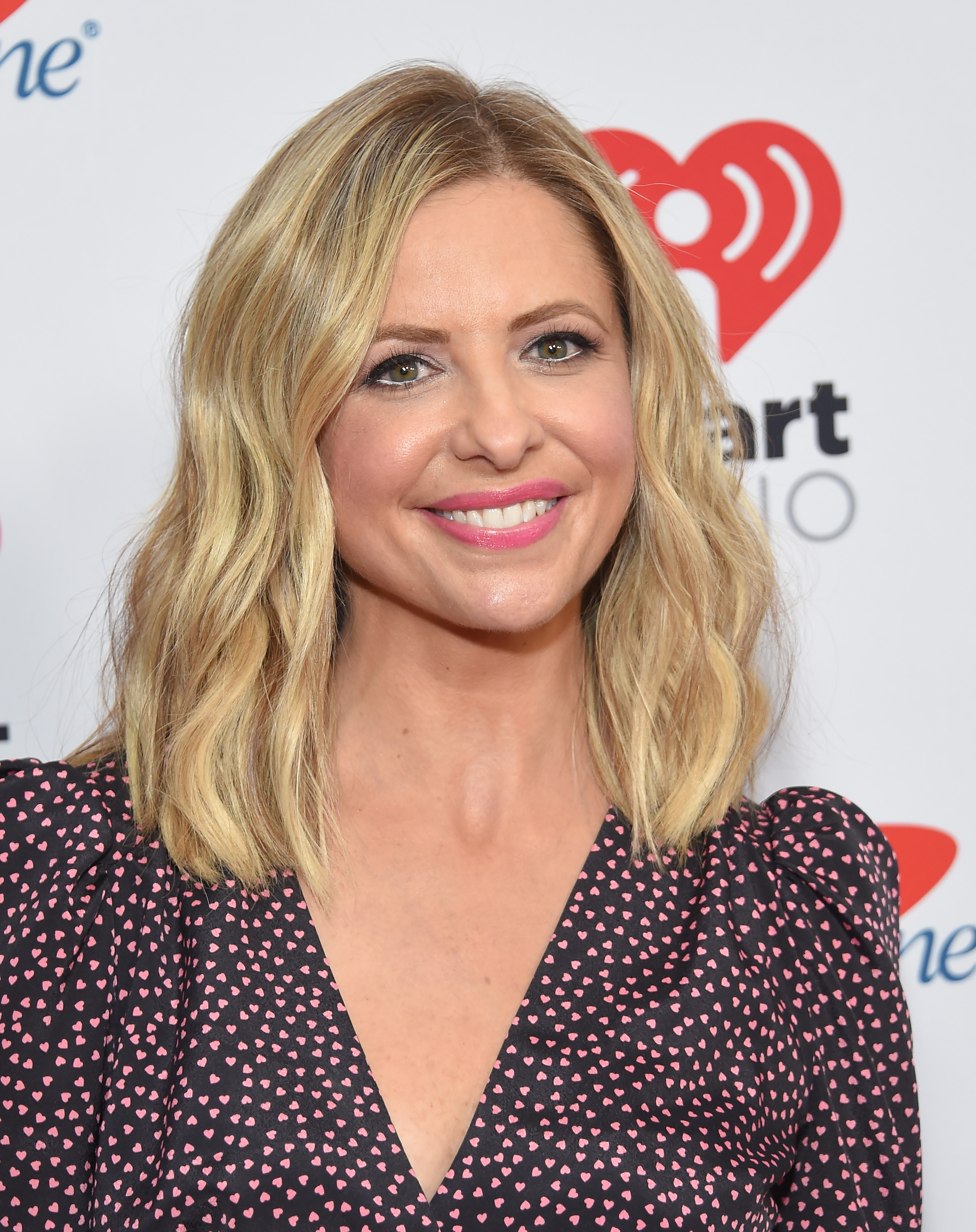 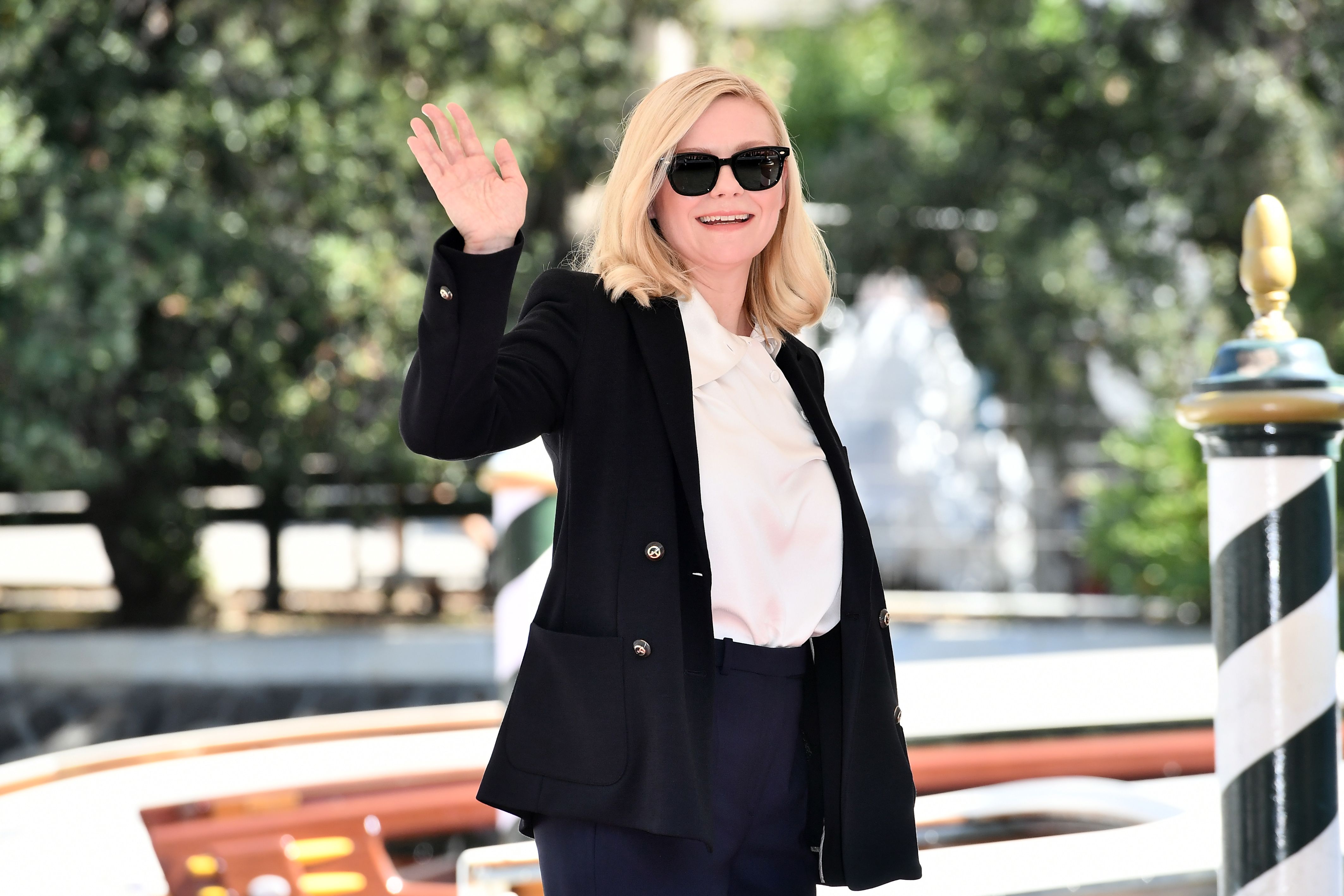