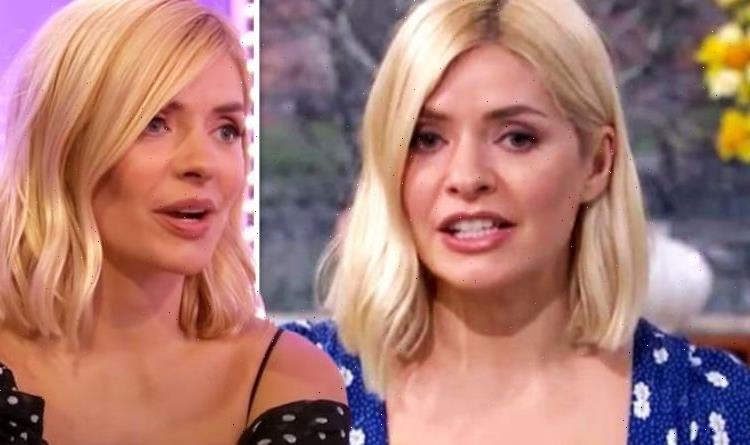 Holly Willoughby opens up about being a working mum

This Morning presenter Holly Willoughby has revealed that she is terrified of being cancelled and is unsure of what to say. The ITV host, 40, who fronts the popular show with co-star Phillip Schofield, made the admission in her autobiography Reflections, where she confessed to censoring her own views.

I find myself almost regurgitating what other people have said

Holly told how she’d find that comments on social media would be twisted to mean something other than what she originally intended.

As a result, the mother-of-three started censoring what came out of her mouth for fear of being cancelled or accused of something she didn’t say.

In her book, the star told how she started parroting other people’s opinions as she was at a loss to say the right thing.

Holly said: “I find myself almost regurgitating what other people have said because I don’t know what to say anymore.”

The star has presented This Morning for over a decade after taking over from Fern Britton, but recently penned her book after feeling like a “spectator” in her own life.

The star now manages herself having established the all-female management company, Roxy, after having a manager for 13 years,

She said: “I hadn’t realised I’d lost a part of me when I gave up responsibility to someone else, but now I am regaining that.”

Elsewhere, Holly told how she felt disrespected by a colleague who “left her in tears” at an event.

One of the remarks included them saying they’d be there to “save her” if she messed up.

She spilled: “When they left the room, I cried. I shouted.

“I called that person every name under the sun and I could feel my anger pulsating through my body.”

The host believes the person wouldn’t have treated a male co-star in the same way.

Holly spoke of the moment in an abstract from her book Reflections.

Opening up about why she’s sharing her story now, Holly recently told how she’s previously been “terrified” of putting pen to paper.

She said: “I live in the public eye, there’s a lot of me out there, probably boring most people, but there’s definitely been pieces of me that I haven’t been ready to share yet.

“Up until now I’ve probably been terrified of the reception of being brave enough to write this all down and put myself out there over [the] fear of being judged in some way.

“It actually doesn’t matter, because it had to happen and I feel good about it,” she told The One Show presenters.

Nowadays, the television star is said to be worth around £10million.

As well as fronting This Morning, she is a brand ambassador for Marks & Spencer and Garnier and as well as owning her own management company.