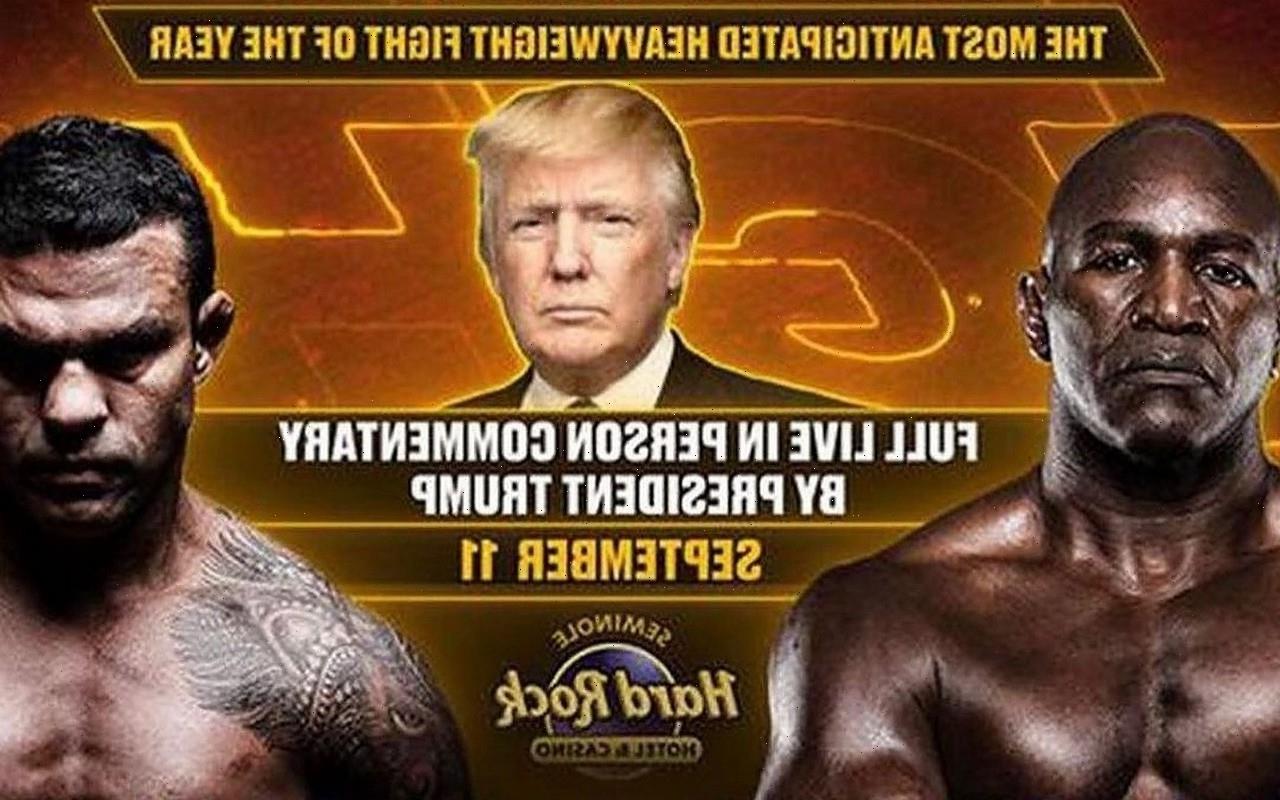 The former President of the United States has been officially announced to serve as a commentator for the upcoming fight at the Seminole Hard Rock Casino and Resort in Florida.

AceShowbiz -Former U.S. President Donald Trump has signed on to commentate on the Evander Holyfield and Vitor Belfort fight on Saturday (11Sep21).

Trump shared the news on Tuesday (07Sep21), revealing he’d be spending the 20th anniversary of the 9/11 terrorist attacks on America at a boxing bout.

According to FITE – the streaming service that will be showing the match – the former leader will be giving “unfiltered boxing commentary” throughout the fight night at the Seminole Hard Rock Casino & Resort in Hollywood, Florida.

Officials at video-sharing site Triller, who are sponsoring the match, confirmed the news to ESPN, writing, “You won’t want to miss this special event.”

Saturday’s headline fight was initially planned as a match up between Oscar De La Hoya and Belfort, but the former Olympic champion had to pull out of the event last week (ends03Sep21) after contracting COVID-19.

Holyfield, who has not fought in a professional bout since 2011, stepped in to trade punches with the Brazilian boxer instead.

In July, Donald Trump was among the audience at the fight between Conor McGregor and Dustin Poirier. It ended with McGregor being taken away from the ring on a stretcher to get medical treatment after he broke his leg.