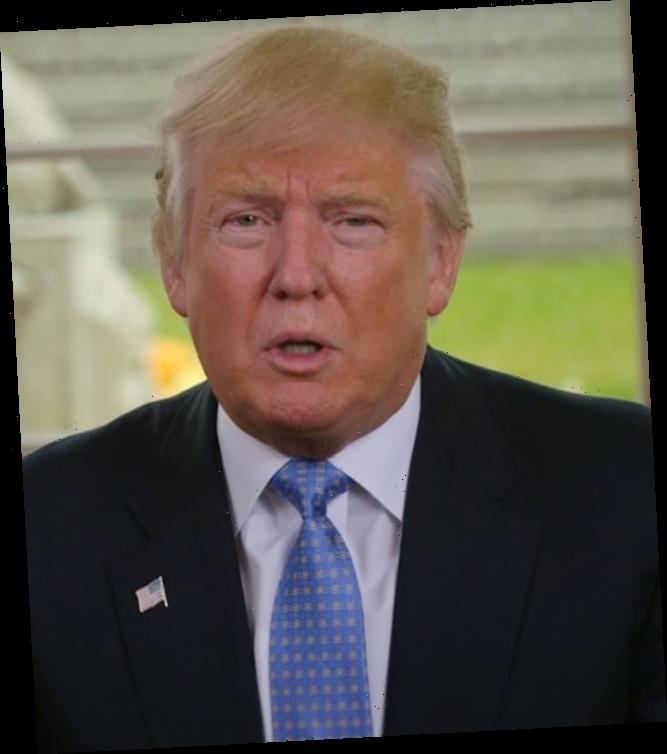 … our long national nightmare is over.

And, truly, not a moment too soon.

Just under two weeks after his supporters raided the U.S. Capitol in a violent act of insurrection, and one day before Joe Biden gets sworn in as his replacement, Donald Trump has addressed the nation.

On Tuesday afterrnoon, the President released a video that ran through his accomplishment, both real and imaginary.

“We have reasserted the sacred idea that in America, the government answers to the people,” he said at one point, adding:

“We fought for the principle that every citizen is entitled to equal dignity, equal treatment, and equal rights, because we are all made equal by God.”

It’s extremely unclear just how Trump and his administration did this.

But who cares about details or facts, right?

“I took on the tough battles, the hardest fights, the most difficult choices,” Trump continued. “Because that’s what you elected me to do.”

He added that his agenda “was not about right or left, it wasn’t Republican or Democrat, but about the good of a nation, and that means the whole nation.”

To critics, of course, this line is downright comical.

No President in modern history has catered more to a select group of people than Donald Trump.

And, perhaps on a related note, no President will leave office with a lower approval rating.

According to Gallup, Trump is jetting off to Florida with a career-low approval rating of 34%; he is the only President since the survey began in 1938 to have never once broken the 50% mark.

“We built the greatest economy in the history of the world. We revitalized our alliances and rallied the nations of the world to stand up to China like never before.”

The week Trump is leaving, it’s impossible to ignore the fact that over 400,000 Americans have died from COVID-19, just over a year since the first reported case in the United States.

Trump has not mentioned this pandemic in weeks, focusing instead of dangerous and false allegations of voter fraud.

Nowhere in his recorded video speech on Tuesday did Trump mention Joe Biden or his family.

He did, however, acknowledge that a “new administration” will take over at noon on Wednesday, January 20.

“I stand before you truly proud of what we have achieved together.

“We did what we came here to do — and so much more,” Trump added today, emphasizing that no new war broke out under his watch.

After previously telling those who defied their Democracy that their “GIANT VOICE” would continue to be heard for years to come, Trump also hinted in his address that we haven’t heard the last from him.

Yes, he’s been impeached for a second time.

He may even be banned from running for President again in 2024.

But Donald Trump doesn’t know how to live outside of the spotlight.

Toward the end of his farewell speech, he therefore said a few words that should frighten the f-ck out of millions of citizens:

“I want you to know that the movement we started is only just beginning.”