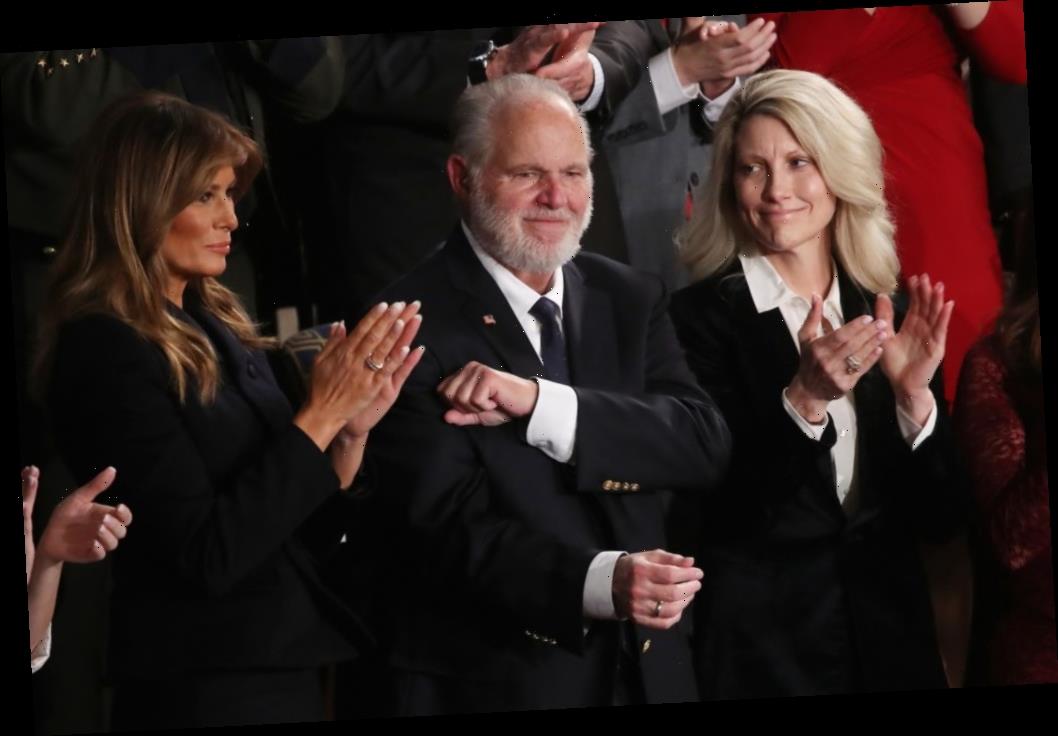 Rush Limbaugh is known for his conservative political commentary, and he’s become an established public figure thanks to his radio show. Rush died on Feb. 17, 2021, and is survived by his wife, Kathryn Adams Limbaugh. So, does Rush have any children with his wife? Here’s what we know.

Does Rush Limbaugh have any children?

Rush is certainly one for relationships, as he’s been married four times. And he’s been with wife Kathryn since 2010. So, does Rush Limbaugh have any children? It seems he chose not to have any kids in his lifetime, though Heavy reports he did once say that the point of marriage was to have children. “Marriage is about raising children,” the publication noted he said. “That’s the purpose of the institution.”

As for why Rush chose to not have kids despite claiming marriage is all about nurturing a family, it seems his own ego may have been a barrier. Heavy notes the Palm Beach Post reported on Rush’s divorce from his third wife, Marta Fitzgerald, back in 2004. The two initially got together after Fitzgerald started corresponding with Rush via letters. While Fitzgerald was married when they initially met, she divorced her then-husband, and the rest is history. But Rush explained his reasoning for separating from Fitzgerald was because he didn’t have much time for love.

“I’m too much in love with myself,” he once explained.

Despite the proclamation, we know Rush married a fourth time. And he had some controversial marriage advice, too. “If you want a successful marriage, let your husband do what he wants to do,” he said.

So, who is Rush’s wife, Kathryn? The 44-year-old married Rush back in 2010. While there’s a 26 year age gap between them, it seems they still had a rock-solid marriage. Kathryn was also the one to make the announcement regarding her husband’s death.

“As so many of you know, losing a loved one is terribly difficult, even more so when that loved one is larger than life,” Kathryn announced. “Rush will forever be the greatest of all time.”

Kathryn doesn’t seem to get too involved in politics, though. She met Rush back in 2004 as an event planner. She planned a golfing charity event he attended, and they hit it off from there.

While Kathryn and Rush don’t have kids, they do have a series of children’s books they work on together. Adventures of Rush Revere aims to teach kids about “patriotic American history” that they may not learn in school. “The mission of the series is to engage young readers by taking them back through time travel to witness exceptional events and meet incredible people in American history,” the website explains.

Does Rush Limbaugh have siblings?

So, does Rush have any siblings? It seems he does. His younger brother, David Limbaugh, is a political commentator as well, Heavy reports. David says he’s “a lawyer, nationally syndicated columnist, political commentator, and author of seven New York Times bestsellers” on his personal website. And he also appears to be quite active on Twitter despite Rush deleting his social media.

So far, it doesn’t look like David has said anything publicly regarding his brother’s death. His most recent tweets appeared to criticize President Joe Biden and left-leaning ideas.

We’ll have to wait and see how David responds to Rush’s death moving forward.