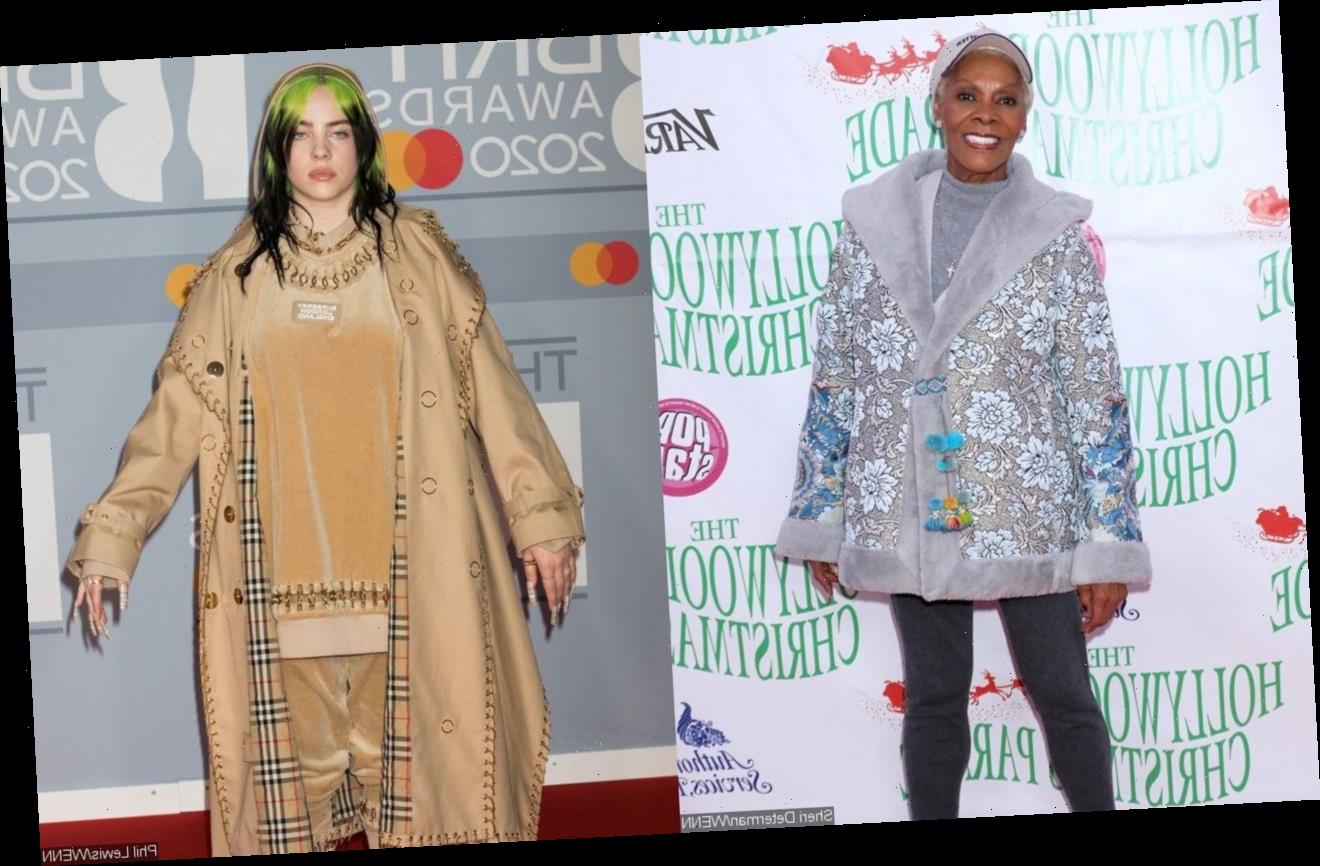 Twitter users erupt into laughter after the singing legend mistakes the ‘Therefore I Am’ songstress’ name for William Eyelash due to a ‘Saturday Night Live’ sketch.

On Monday, December 14, the 80-year-old artist took to the blue bird app to show her appreciation to the “Therefore I Am” songstress and complimented the 18-year-old’s vocal. She, however, failed to recognize Billie’s real name and called her William Eyelash, though she managed to tag Bille’s official account handler @billieeilish. “I took the time to check out William Eyelash. Very spooky. Great vocals. @billieeilish,” so Dionne wrote.

After noticing the tweet, many took to the micro-blogging site to share their reactions to Dionne’s honest mistake. Accepting William Eyelash as a new nickname for Billie, one declared, “I don’t know about the rest of you, but I’m referring to Billie Eilish as William Eyelash forever. In related news, Dionne Warwick is killing it on Twitter.”

It didn’t take long for Dionne to realize her mistake after getting so many responses. Apparently getting the wrong idea about Billie’s name after watching a “Saturday Night Live” sketch, she clarified, “I thought her name was William Eyelash from the @nbcsnl performance. I do know her name is Billie now.”

The 80-year-old singer realized her mistake.

She continued singing praise for the “Bad Guy” hitmaker though, adding, “She is singing like it is Halloween.”

Dionne has started an interaction with younger musicians after mentioning Taylor Swift, Chance The Rapper and The Weeknd on her previous tweets. “Hi @taylorswift13. I hope you’re in good spirits and having a wonderful day. Keep your head high!” she wrote earlier this month, to which the “Willow” singer replied, “I just saw that you tweeted me!! I’m a huge fan and I respect you so much, thank you for wishing me well. I hope you have a wonderful holiday season, thank you for spreading joy.”

She also trolled Chance The Rapper as she questioned his obvious moniker. “Hi, @chancetherapper. If you are very obviously a rapper why did you put it in your stage name? I cannot stop thinking about this,” Dionne tweeted, prompting a quick response from the rapper. “Sorry I’m still freaking out that u know who I am. This is amazing!” he replied. “I will be whatever you wanna call me Ms Warwick. God bless you.”