Is there bad blood between Will Smith and Chris Rock following their violent altercation at the Oscars? According to Sean ‘Diddy’ Combs, their beef is ‘over’ and the two ‘brothers’ have made peace.

After the “slap heard ‘round the world,” can we ever expect Will Smith and Chris Rock to get along? “That’s not a problem,” Sean “Diddy’ Combs told Page Six while attending the Vanity Fair Oscars after-party, following the incident where Will, 53, slapped Chris, 57, for making a joke about Jada Pinkett-Smith. Diddy, 52, said that the feud between the two is “over. I can confirm that.” The rapper and man formerly known as “Love” wouldn’t go into further details, but he said that “It’s all love. They’re brothers.”

Diddy indicated that there would be a great reconciliation between Will and Chris. The Bad Boy icon came out right after the slap, as he was scheduled to introduce a tribute to the 50th anniversary of The Godfather trilogy. Diddy first gave love to the hosts – Amy Schumer, Regina Hall, and Wanda Sykes – as a way to lift up the energy in the room, before turning his attention to his friends. “OK, Will and Chris, we’re going to solve that like family at the Gold Party, OK?” said Diddy. “But right now we are moving on with love. Everybody make some noise!” 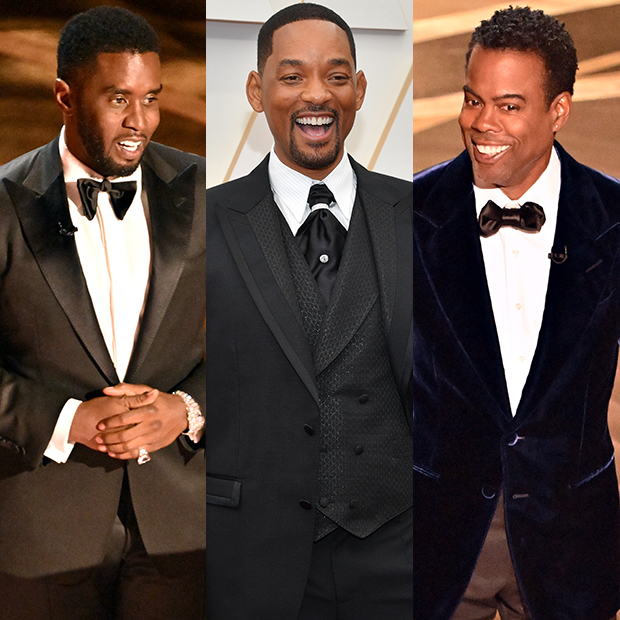 After Will smacked the taste out of Chris’s mouth, the two were expected to work out their issues after the Oscars , with Page Six reporting the two were both set to attend the Vanity Fair bash. The publication reported that “it it’s unclear if they’ll make amends before or during that soirée,” but as soon as Will shouted at Chris to “keep my wife’s name out of your f-cking mouth,” security immediately went into red alert, strategizing and planning because Will had twenty-plus attendees in his party. 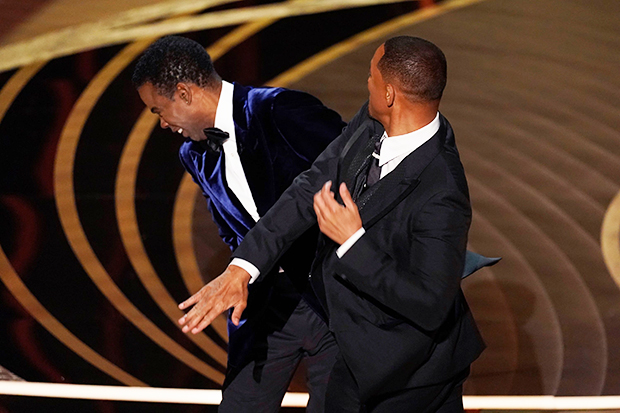 Chris didn’t appear at the Vanity Fair party. Chris reportedly left the Oscars after the slap, and headed straight to Guy Oseary’s post-Oscars bash, per Page Six. While at the party thrown by Madonna’s longtime manager, Chris was supposedly unfazed by the whole incident. Page Six also reports that Chris had always planned to leave right after the Oscars, since he and Guy are close friends.

Will did attend the Vanity Fair party, and like Chris, the King Richard star seemed unfazed by what transpired hours earlier. The party’s DJ even played Will’s songs “Gettin’ Jiggy With It” and “Miami,” and when that happened the former Fresh Prince of Bel-Air star began rapping along while dancing with his Academy Award in his hand.