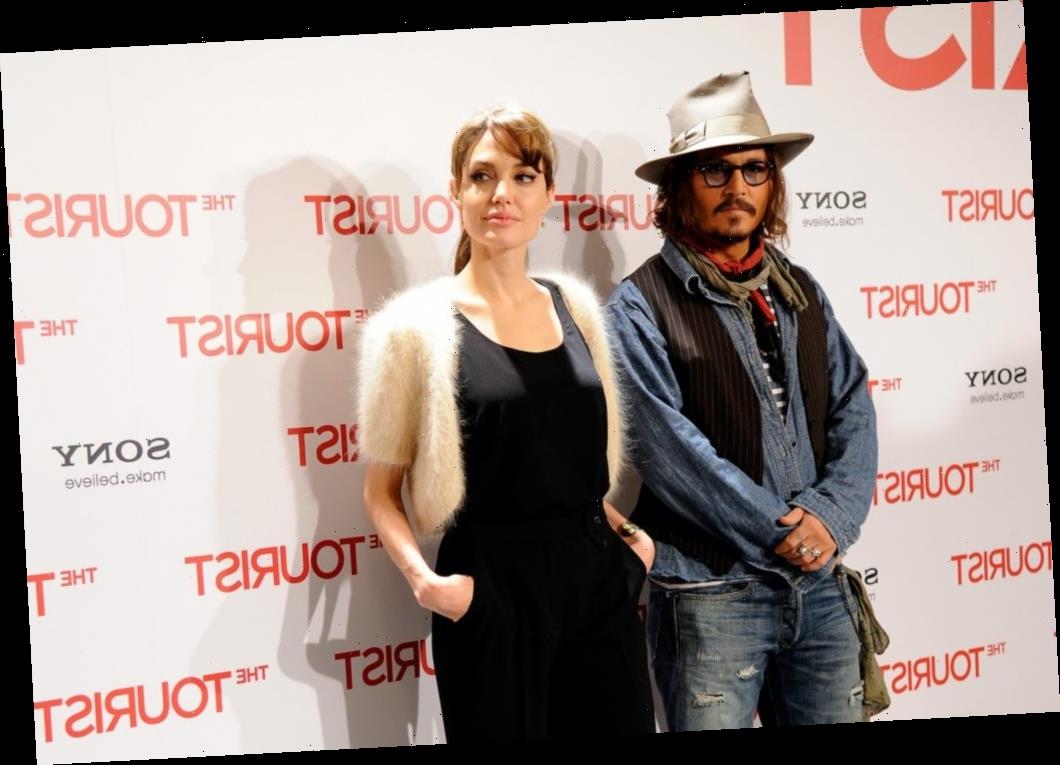 Johnny Depp and Angelina Jolie are both massive names in Hollywood, and they have been for decades. The two are known for the countless films they have starred in, their engagement with the wider world, and their various relationships. Therefore, they have to have interacted over the years — though they only starred together in one film. Nonetheless, people have been fascinated with the pair, and wonder if they ever had a fling. Both actors have hinted at some sort of connection, though they were never public about a relationship in the same way other celebrity couples are.

But did Depp and Jolie get together? And if so, when, and for how long?

Johnny Depp is a veteran actor

Depp entered the national consciousness as an actor in 1984, in the slasher classic A Nightmare on Elm Street. From there, he was able to move into the lead role on the TV show 21 Jump Street, but he soon decided he preferred films that were more offbeat, giving him an air of being alternative. He’s known for his frequent collaborations with director Tim Burton, and by the 2000s, he would also become known as Captain Jack Sparrow in Disney’s Pirates of the Caribbean franchise. The 2010s were not as kind to him, and many of the films he was in were not well-received, however, he continues to act and pursue other ventures.

Angelina Jolie is a massive celebrity

Jolie’s fame came a few years later than Depp — in fact, many directors found themselves intimidated by her. Therefore, she acted in many student and independent films, as well as music videos. Her first break came in 1995 with the cyberpunk cult classic Hackers, and she broke into the mainstream with a Golden Globe after acting in a miniseries about George Wallace. She received more major roles, and by the 2000s, she was one of the most well-known actors in Hollywood.

On top of Jolie’s acting work, her humanitarian is well-known. Jolie has worked with the United Nations High Commission for Refugees and has adopted children in locations where she has worked. To this day, Jolie is involved in advocating for many different causes, including refugee welfare, children’s immigration rights, education, and conservation. Even offscreen, Jolie is a fascinating person.

In 2010, Jolie and Depp starred together in The Tourist. This film was not a huge hit, but working with Depp had always been a dream for Jolie, so she was happy to take the role, saying she “thought he was the coolest thing for years. I practically grew up with him, and had such a crush on him in Edward Scissorhands!” Likewise, Depp described Jolie as being an “enchantress” and a “walking poem.”

It is unclear whether the two actually dated; Vulture reports that in the court cases surrounding Depp’s divorce from Amber Heard, that past relationships with actors were brought up. Among those actors that allegedly once dated Depp? Angelina Jolie. The reliability of these claims and the details of their relationship are still unclear: Jolie seems to have had some apprehensions about kissing him while they were acting together in The Tourist, and the two have not been seen together publicly in a romantic context. Nonetheless, there is some evidence that there was a romantic connection between Depp and Jolie, and maybe in the future we will learn more.