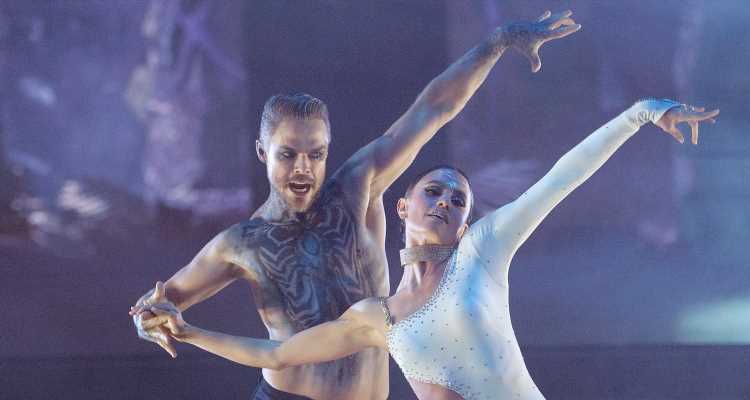 Derek Hough and Hayley Erbert hit the dance floor on Horror Night on this week’s Dancing With The Stars!

The couple performed a Tango on the Monday night (October 25) episode of the dance competition series.

“So fun to be back in the ballroom tonight ? #DWTS,” Hayley wrote on Instagram after their performance.

Derek and Hayley‘s dance on this season comes almost exactly a year after their performance of a Paso Doble on week six last year. That was their first in a couple of years.

Just last month, Hayley joined Derek at the 2021 Creative Arts Emmy Awards, where he won his third Outstanding Choreography Emmy for his work on DWTS.

ICYMI: It was recently announced that Derek will be part of this upcoming TV special…