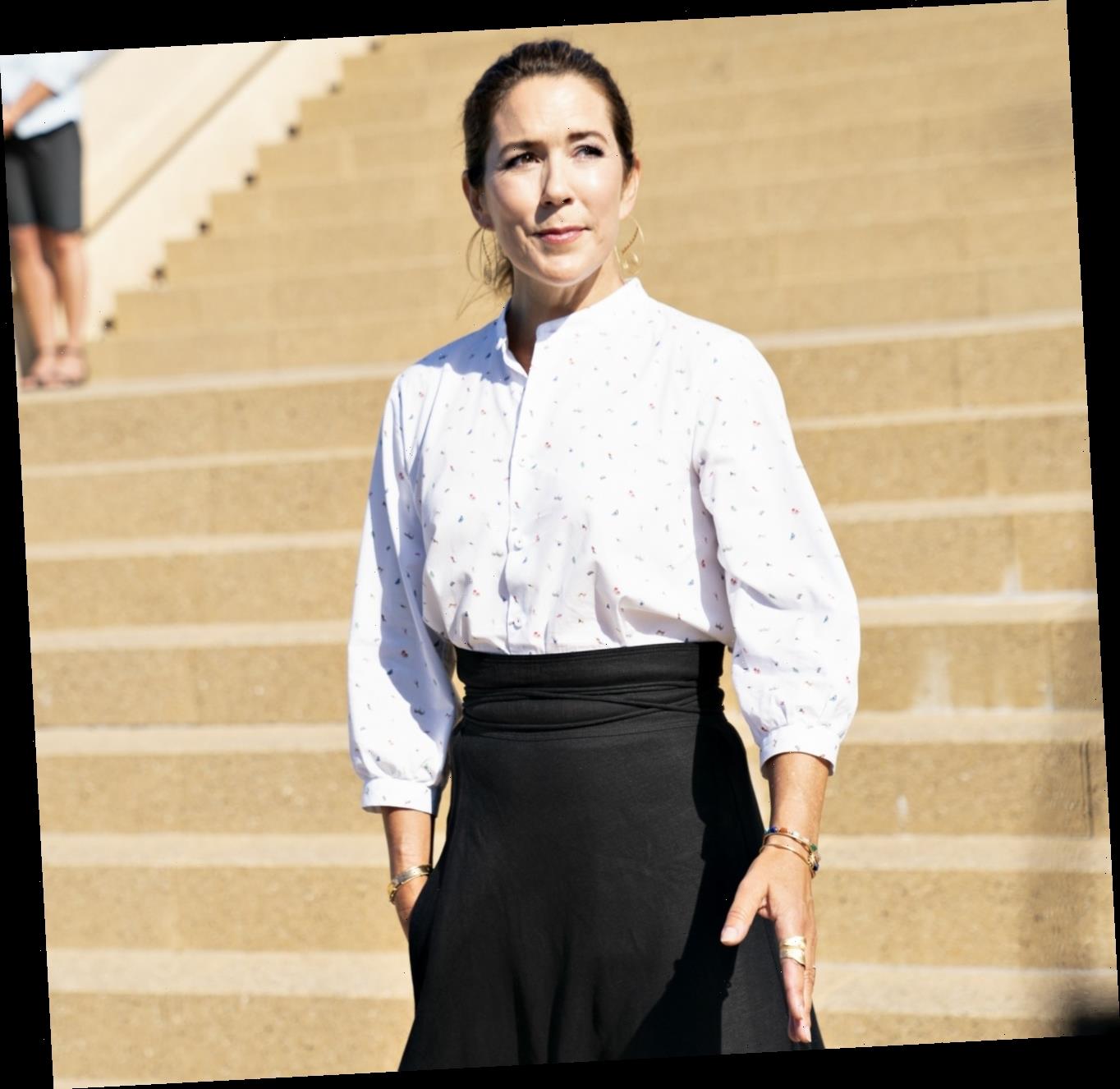 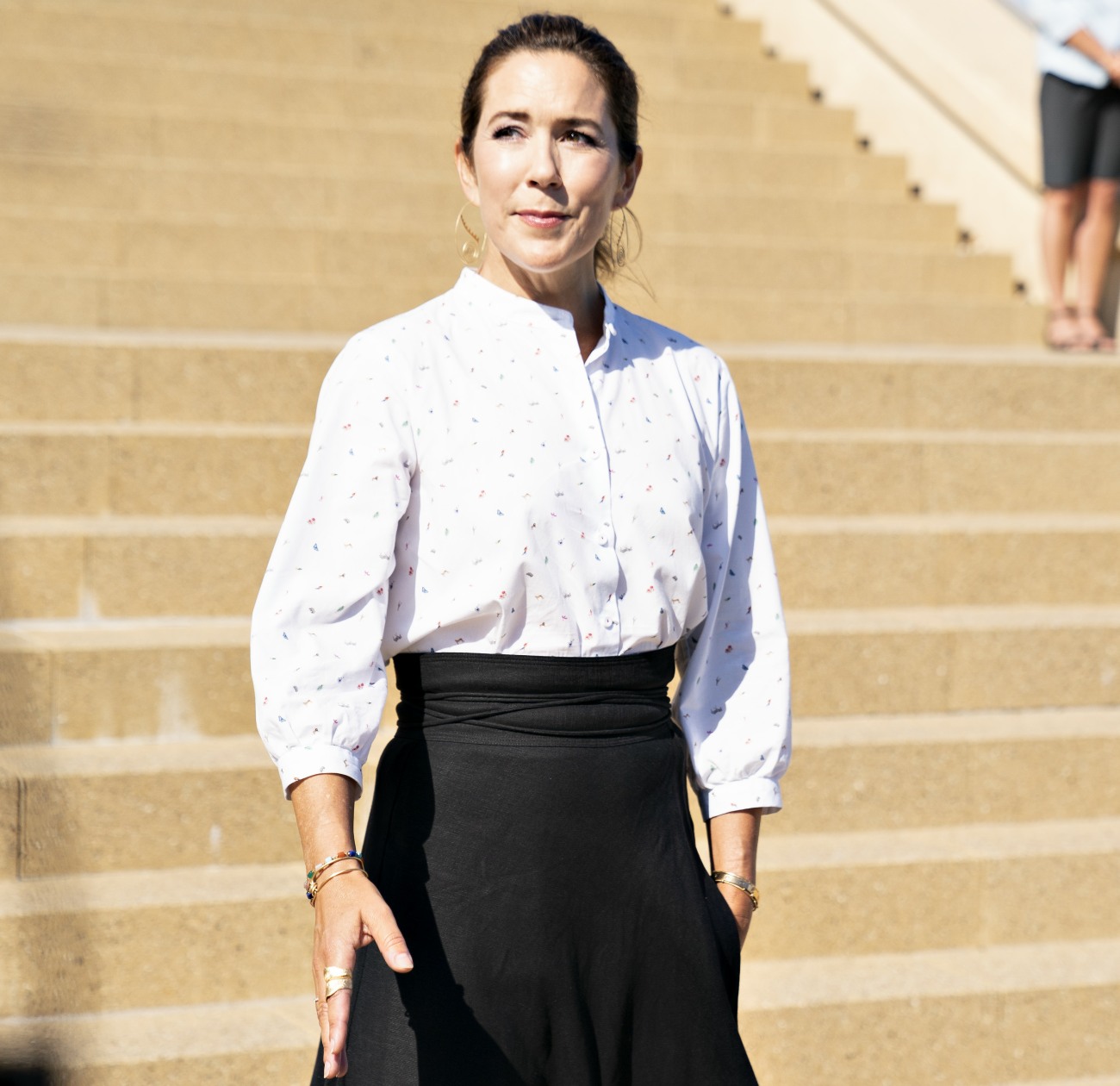 Back in the day, British tabloids constantly compared the Duchess of Cambridge to Denmark’s Crown Princess Mary. I think they did that to embiggen Kate, because Kate is younger and perhaps there was the presumption that Kate would outshine CP Mary and become a really big deal. Years passed and while Kate is definitely more “famous” than Mary, Mary seems like she’s better at her job and like she actually enjoys being royal.

Like most of the European royals, CP Mary has spent the summer slowly going back to work in the new pandemic reality. Last week, she was appointed the new president of the World Wildlife Foundation and to celebrate the appointment, CP Marry went to an aquarium to release 50 sea rays into the wild. Unfortunately, upon her arrival at the aquarium, as she walked up to greet various aquarium officials, she shook hands with people. She apologized afterwards:

Crown Princess Mary of Denmark is apologizing for her “mistake.” The 48-year-old royal visited the Grenaa sea aquarium on Wednesday, marking her first royal engagement since the summer holidays.

Upon her arrival, Mary shook hands with one of her hosts for the day, going against the Danish National Board of Health guidelines amid the COVID-19 outbreak. The following day, Princess Mary expressed her regret on Instagram.

“On land, at sea and in the air — we have to get used to wearing a mask. It is important that we all follow the health authorities’ recommendations together,” she captioned two photos of herself wearing face masks, translated from Danish. “Yesterday I was in Grenaa for my first official visit after the summer holidays. At sea and in the air it went fine, but on land I made a mistake and I unfortunately shook hands. It reminded me how important it is that we help each other live up to the recommendations. Stay safe and take care of each other.”

Back in March, health officials around the world told people to stop shaking hands. In April, Dr. Fauci even said that even when all of this is over, people should stop shaking hands permanently. But people have still been shaking hands or fist-bumping or what have you. I imagine it’s an easy mistake though, especially for public figures who are used to glad-handing constantly. I appreciate that CP Mary apologized and raised the handshake issue again, because I’m sure people have forgotten. Also: I hope everybody has permanently stopped touching their faces too. 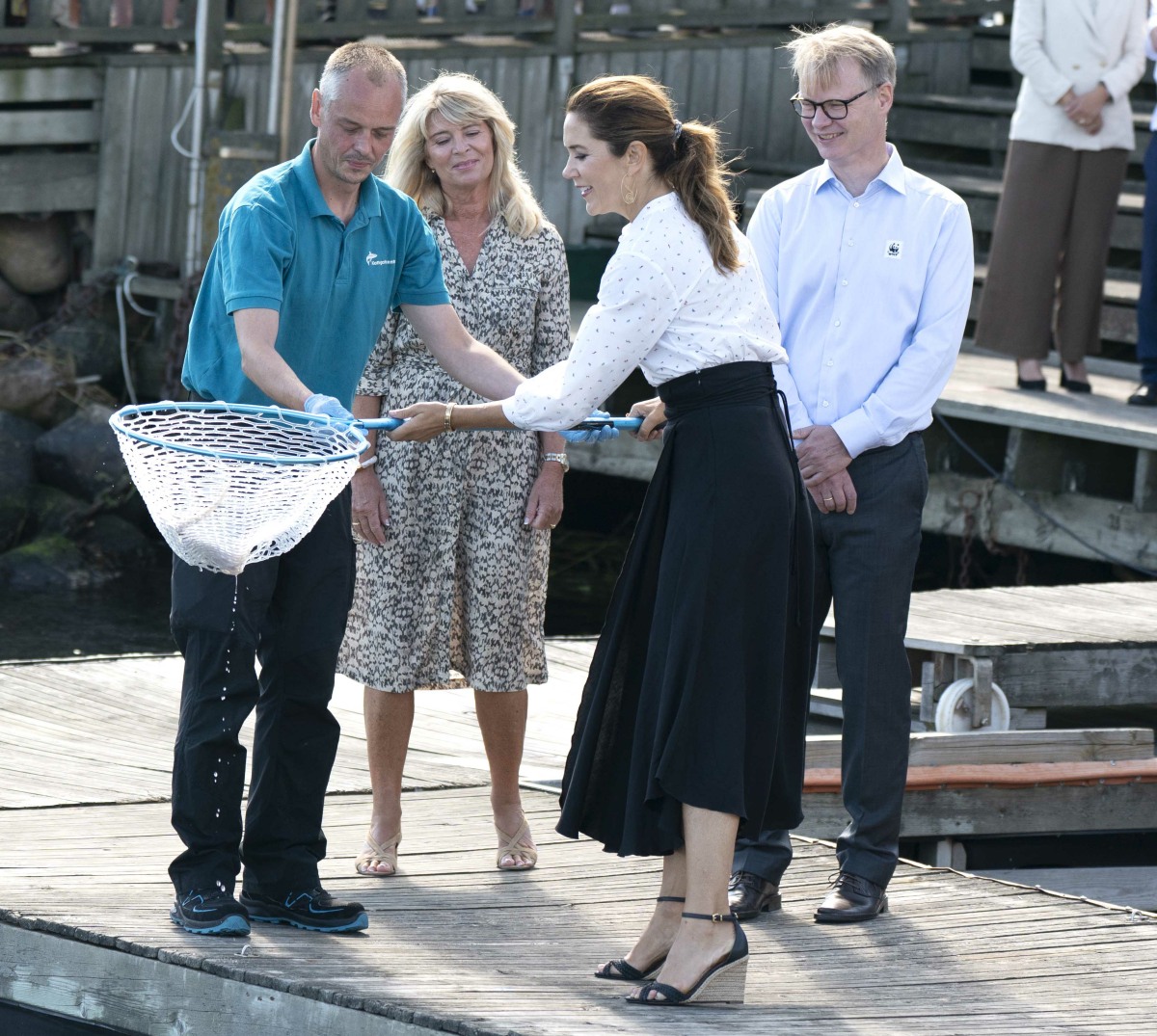