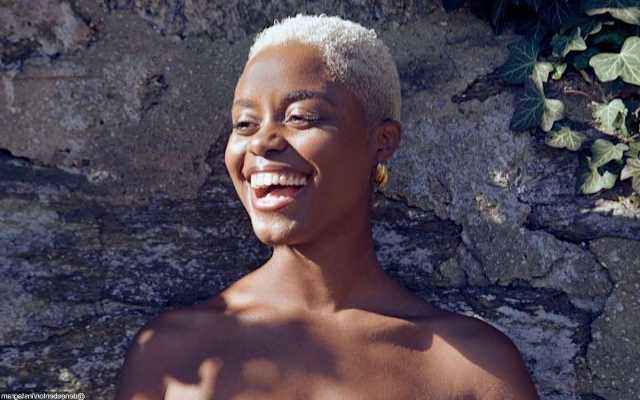 During an interview for PEOPLE’s 2022 Beautiful Issue, ‘The Gilded Age’ actress reveals that hair, for most black women, ‘holds so much’ as it ‘can be such a source of shame.’

AceShowbiz –Denee Benton felt “sexy” when she shaved her head. The actress, who is known for her role as Peggy Scott on historical TV drama series “The Gilded Age“, recently swapped her curly afro for a shorn look and revealed the change was inspired by the lyrics of a song by Grammy Award winner India.Arie.

“I had a relaxer my whole life,” the 30-year-old star said. “And then the summer before my sophomore year I was listening to a lot of India Arie and ‘I Am Not My Hair’ and I shaved it off.”

The former “Hamilton” star went on to claim that as a black woman hair can often be a “source of shame” and felt “sexy” when she eventually opted for the new do.

“Especially as black women, our hair holds so much. It can be such a source of shame. So, to release that for the first time, it really made me feel like I was unstoppable. I felt sexy,” she told PEOPLE. “But it really just depends whatever feels good to my soul. That’s my way of beauty. The most consistent is a fresh cut, fresh eyebrows and a maxi dress with back out, no bra, some Birkenstocks and gold hoops. I could really wear that uniform every day.”

Denee added that she is used to wearing “so many” period costumes on the set of her historical drama series, she allows her to have “more fun” with her style when shooting is over.

“I’ve done so many 1800s corsets and the makeup is so natural that I actually think that doing period dramas has made me have more fun in my day-to-day. got purple long tips after we finished shooting [Gilded Age] because I just wanted to break out of the held mould,” she said. “It’s pushed me to take advantage of the times where I get to be more bold.”