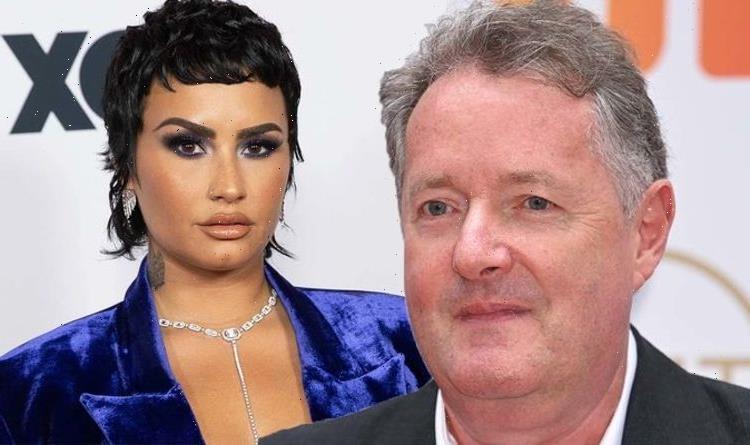 Piers Morgan, 56, has taken to his Twitter account to mock singer Demi Lovato’s stance on branding extraterrestrials “aliens”. The former Good Morning Britain presenter shared his scathing reaction with his eight million followers alongside an article on the pop star’s views.

He simply added: “FFS,” along with an eye roll emoji.

It comes after Demi addressed their refusal to use the term “alien” during an interview with E! News.

The pop star denied rumours they have a new unreleased song called “Aliens”.

They pointed out that they would not use the term “alien”, as it’s a “derogatory term for anything”.

“I call them ETs,” the singer, who is currently promoting the docuseries Unidentified with Demi Lovato, added.

The 29-year-old reiterated their position during an interview with Australian news outlet Pedestrian TV.

They explained how Unidentified was a “natural next step” at a time when they were “dipping their toes into a lot of different waters”.

Demi said: “I have been a believer my whole life.

“And I just thought, you know, I’m in a position in my career right now where I’m dipping my toes into a lot of different waters.

“And this was just kind of a natural next step.

“I wanted to film everything that goes down when I go and search for these UFOs so that my fans can come along for the ride.”

Piers was not the only one who was left baffled by Demi’s latest claims.

ThisGuyGio tweeted: “Why has anybody taken whatever she said seriously over the last year or two.

“Isn’t she the same one who made a comment calling diet food ‘triggering’?!”

FliesWhen added: “Well, Demi IS the high priestess of the English language.

“The word is used in many ways and it is becoming alien to the average person to have to filter everything through the politically correct meter!

“This policing has gone too far already!”

“How is word ‘alien’ offensive?”