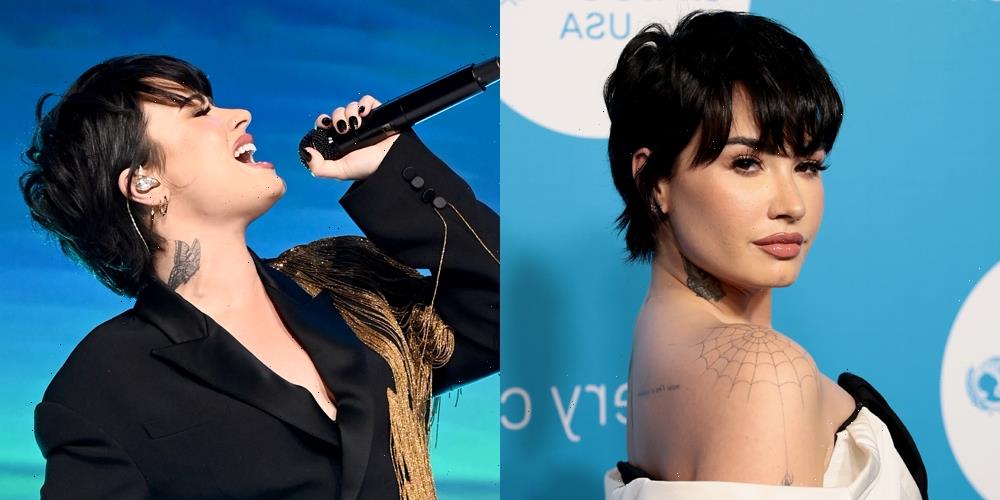 The 30-year-old entertainer was one of the performers for the event on Giving Tuesday, which celebrated the bold impact UNICEF makes for children around the world.

“Thank you for having me @unicefusa 🖤,” Demi shared on Instagram the next morning.

Also in attendance were UNICEF Ambassador Alyssa Milano and UNICEF supporter Laurie Hernandez, who both gave presentations that night.

During the event, Demi hit the stage to perform, singing “Substance,” “Heart Attack,” “4 Ever 4 Me”/”Iris”, and “Cool for the Summer.”

The UNICEF Gala raised over $3.5 million for children around the world, including those impacted by climate change in the Horn of Africa, children who have been displaced due to emergencies such as the war in Ukraine or flooding in Pakistan and delivered emergency relief transportation vehicles.

Click through the gallery to see more photos of Demi Lovato, Alyssa Milano and Laurie Hernandez at the UNICEF Gala…