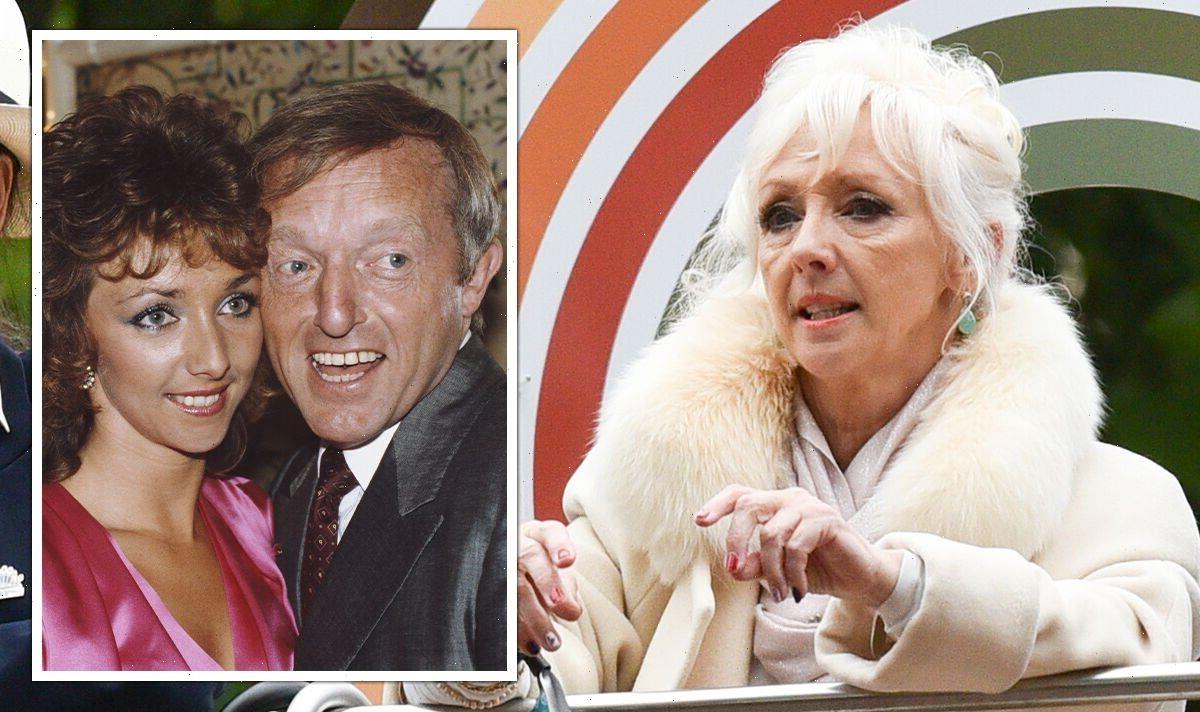 GMB: Debbie McGee does the splits

Debbie McGee, 64, and her late husband Paul Daniels shared their home in Henley-on-Thames, Oxon. However, now the home is in jeopardy as it was bombarded by floods when a nearby river broke its banks.

According to The Mirror, Debbie’s home is currently valued at £3million, but it is not the first time it has been at risk of sinking.

In early 2022, Debbie faced a similar deluge in her home.

Currently across the UK, other public figures are raising awareness of the flooding as it affects their own properties too.

In Herefordshire, Monty Don shared some snaps on Instagram showing water as far as the eye could see.

His home flooded as the county was given six flood warnings earlier this month.

It is more of a heartsore predicament for Debbie as she shared the home with her late husband Paul Daniels before he tragically passed away in 2016.

The magician had been diagnosed with an incurable brain tumour and died at the age of 77.

Debbie, who was 56 when her husband passed, first met Paul in 1979 at the Britannia Pier Theatre.

The couple started performing together as Debbie assisted the magician on stage and their relationship grew.

Despite their genuine affection for each other, Debbie was often criticised due to the large age gap.

She recalled being whisked away by Paul’s romantic gestures throughout their relationship.

Debbie shared on Kaye’s How To Be 60 podcast: “Other men hated him because he did all sorts of things which were just so wonderful!

“He said ‘I wish I’d never married you and then we could do it again!'”

Speaking to another Loose Women star, Coleen Nolan, Debbie revealed that being in the public eye had actually helped her grieve her husband’s death.

She said on the Let’s Talk About Grief podcast: “People said to me, ‘What’s it like being in the public eye and going through it? It must be awful’.

“When you’re somebody who nobody knows, you walk around with your grief inside and they don’t know why you’re being grumpy or sad.

“But when you’re in the public eye, they know what you’re going through.”