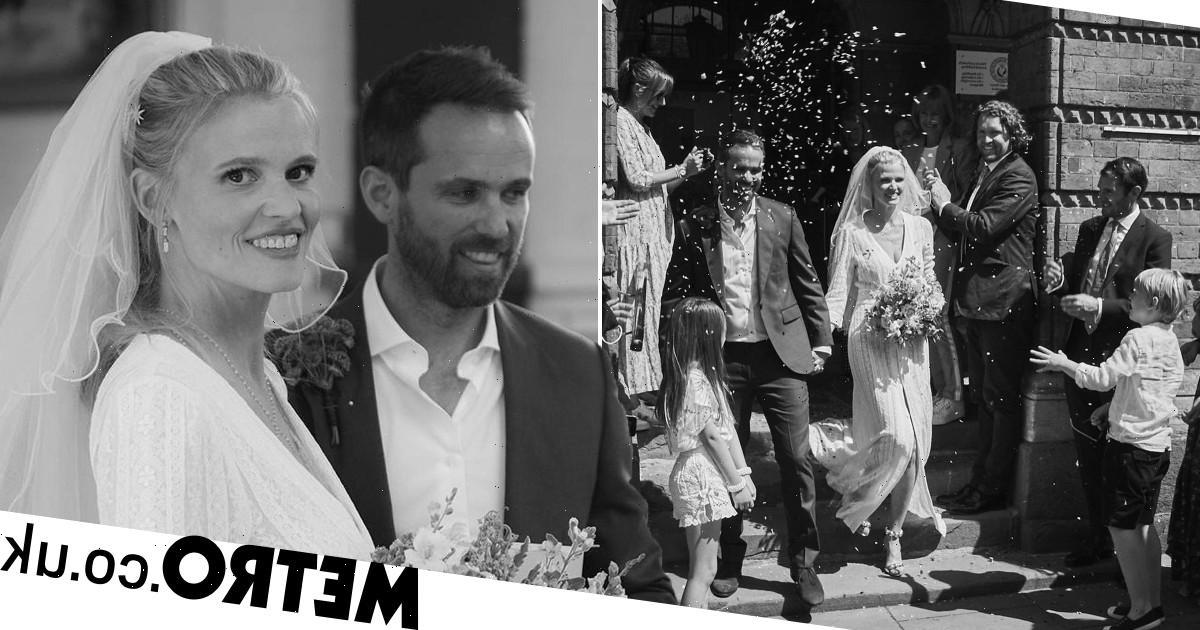 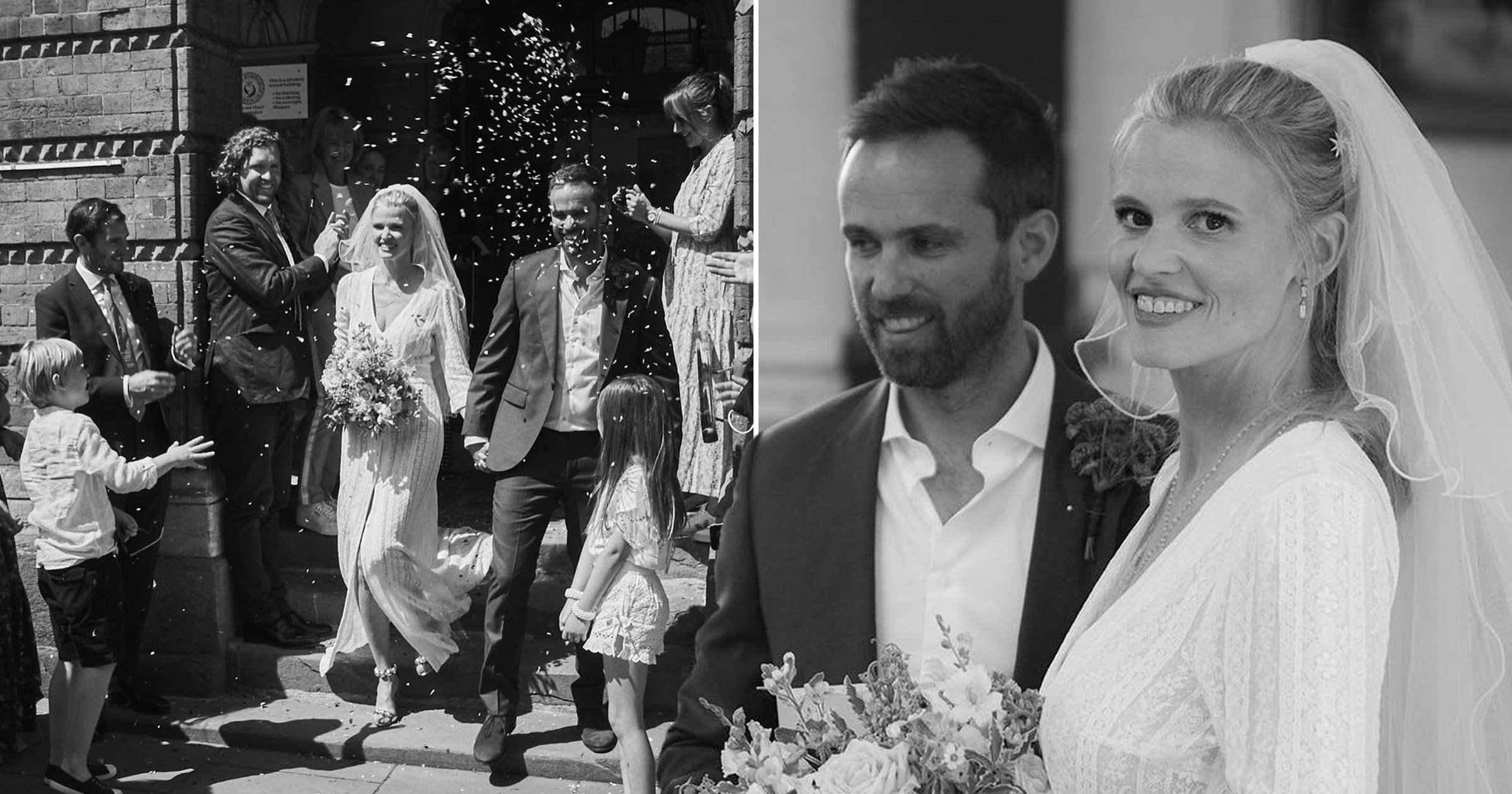 Lara Stone has walked down the aisle again after marrying partner David Grievson in a stunning wedding.

The model, who was previously married to comedian David Walliams, revealed she tied the knot with Grievson over the weekend.

Sharing part of their special day with her Instagram followers, Lara posted a selection of black and white photos from the ceremony, including one of them emerging from the Town Hall in Hungerford, Berkshire as newlyweds as their guests threw confetti on them.

Lara, 37, wore an elegant long-sleeved gown with lace and bead detailing complete with a veil and train and finished off with a pair of strappy sandals.

In one photo, Grievson is seen wearing a white shirt and trousers with his blazer jacket off as he and Lara shared their first dance. Of course, the model kept her sense of style on her big day with a pair of sunglasses as they circled the dancefloor.

However, a rather cute guest threatened to steal their thunder as a dog was spotted lurking in the background at the side of the dancefloor while being chased by a small child.

‘Got to marry my love this weekend ❤️❤️❤️,’ Lara captioned the image.

Ever the jokester, Grievson, also 37, quipped in the comments section: ‘That’s me.’

The couple’s engagement was revealed in February 2020 when Lara attended a Vogue dinner with a sparkling diamond ring on her finger.

Lara and Grievson began dating in 2018 after meeting on Tinder, almost three years after her divorce from Britain’s Got Talent judge Walliams, with whom she shares son Alfred, eight.

Opening up about how Alfred adapted to her romance with Grievson, Lara told The Telegraph magazine in 2019: ‘Sometimes really different people work together – but maybe not for ever. It’s awful getting divorced.

‘The first time I left Alfred with David, he was really clingy. It’s now five years and luckily our son was really young. He didn’t really notice anything. It’s only now that he knows that we used to be married.’

Lara and Walliams tied the knot in 2010 after a year of dating before ending their marriage in 2015.