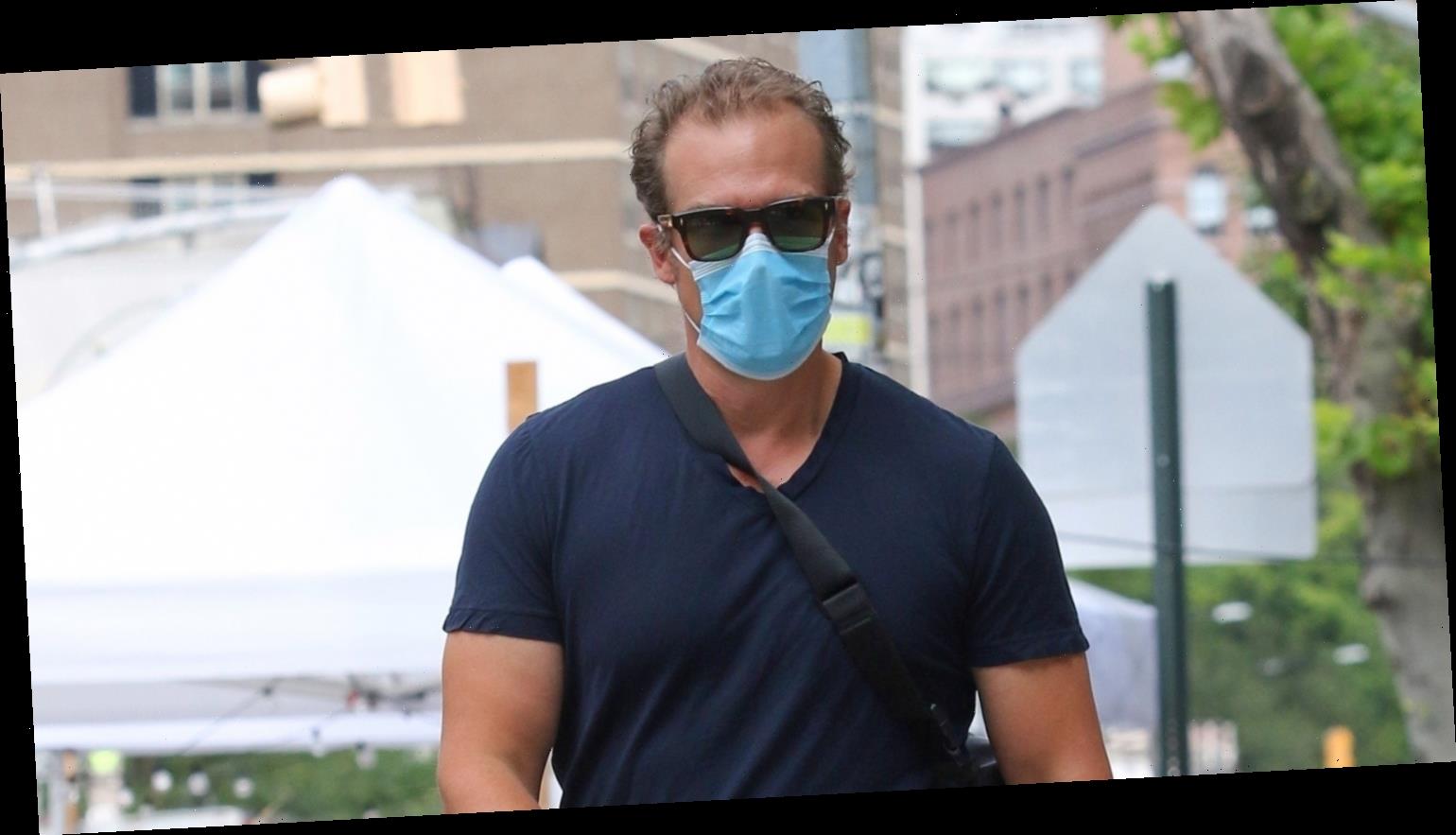 David Harbour is stepping out for the first time since trying the knot!

The 45-year-old Stranger Things actor stepped out for a solo bite to eat on Monday afternoon (September 14) in New York City.

PHOTOS: Check out the latest pics of David Harbour

David stayed safe in a mask as he arrived at the restaurant, but then took it off while he enjoyed his ice cream treat outside. He also showed off his new wedding ring!

Last week, David and Lily Allen announced that they had gotten married during a super intimate ceremony in Las Vegas.

The only people at the wedding were Lily‘s two daughters Ethel, 8, and Marnie, 7, whom she shares with ex Sam Cooper.

You can see photos from their wedding here!