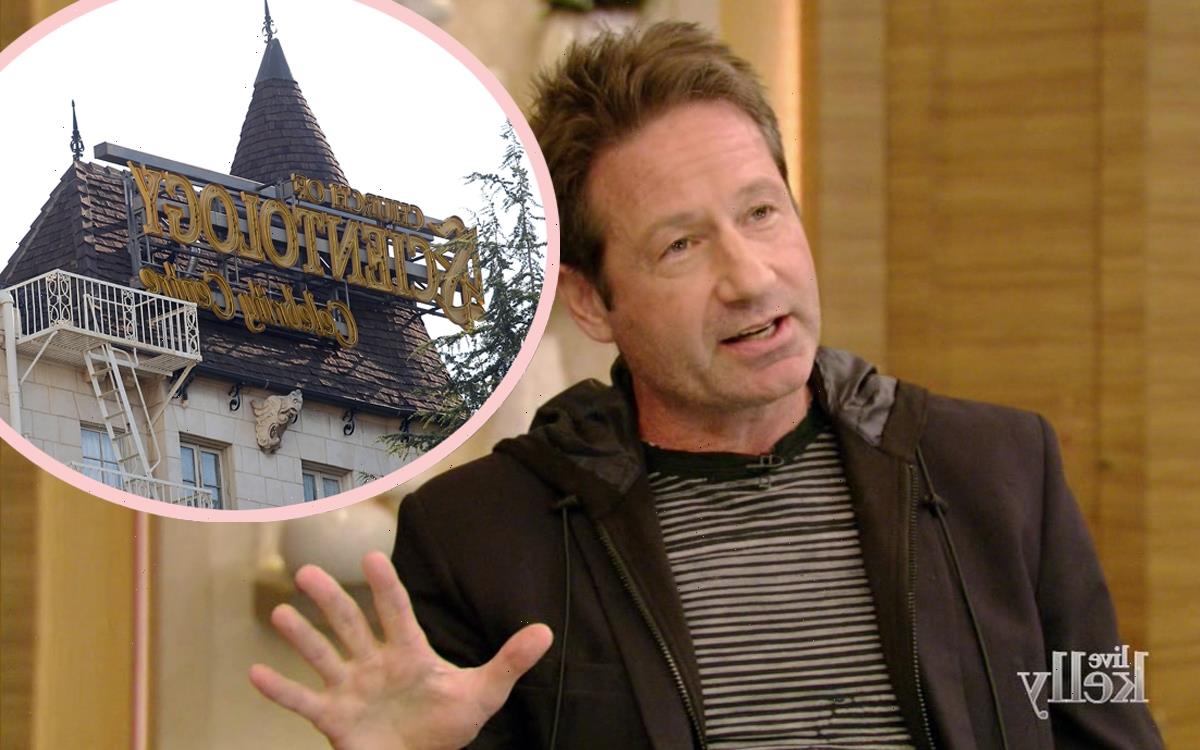 The Church of Scientology is so big and imposing and scary! After all we’ve heard about how hard it is to escape, how much money it costs, all the alleged crimes and coverups, one might wonder how these celebs get caught up in it in the first place!

Well, that’s one mystery Special Agent Fox Mulder can solve for us. (Or Agent Denise Bryson if you’re a Twin Peaks fan.)

Either way we’re talking about David Duchovny, who has a wild story about a time the organization tried to recruit him at a wedding!

While promoting his new album Gestureland in a profile for The Daily Beast, Duchovny was asked about his friend and Californication co-star Jason Beghe, who escaped the Church after years as part of the organization.

Speaking about the years Beghe (whom you might know as Jeffrey from Melrose Place) was involved with the Church, Duchovny admitted:

“Well, Jason and I drifted apart during that time, because Scientology hangs with their own when they’re doing it. We’d see each other from time to time, and I noticed that his vocabulary was different.”

“The way he described the world and his experiences, particularly his psychological experiences, was not cult-ish and had changed completely.”

David regrets not trying harder at the time to get him out of it, but it just didn’t seem so bad from the outside. He said:

“Either I didn’t have the balls to slap him and snap him out of it, or he said it was working for him, or… maybe I failed him as a friend during those years?”

It was during that time that he attended Beghe’s wedding — and the Scientologists “made a play” for him.

While he didn’t recognize how dangerous it was for his buddy on the inside, the X-Files vet did sniff out this little trap! He recalled:

“I did go to his wedding at the Celebrity Centre in Los Angeles, and they made a play for me. I did squeeze the cans and I did a session on the E-meter, and I realized immediately, because they’re asking very personal questions, that they were gathering information that I didn’t want to give out to a stranger. So, the session didn’t go well. I didn’t play by the rule, and I never went back.”

If you’ve seen the Going Clear documentary — or just lived in El Lay long enough — you know the deal. Some equipment with meaningless graphs and dials so they can tell you how special you are. Thankfully Duchovny wasn’t vain enough to be fooled by the flattery. Which is a little surprising, considering…

He was also clear that his friend had nothing to do with that. He told the outlet:

“Jason, to his credit, never tried to recruit me. He only ‘recruited’ me in the sense of saying, ‘This is great, and I think you should try it,’ not anything harder than that.”

Phew! We’re just glad we didn’t lose Mulder to Scientology. We know how much he wants to believe, after all…