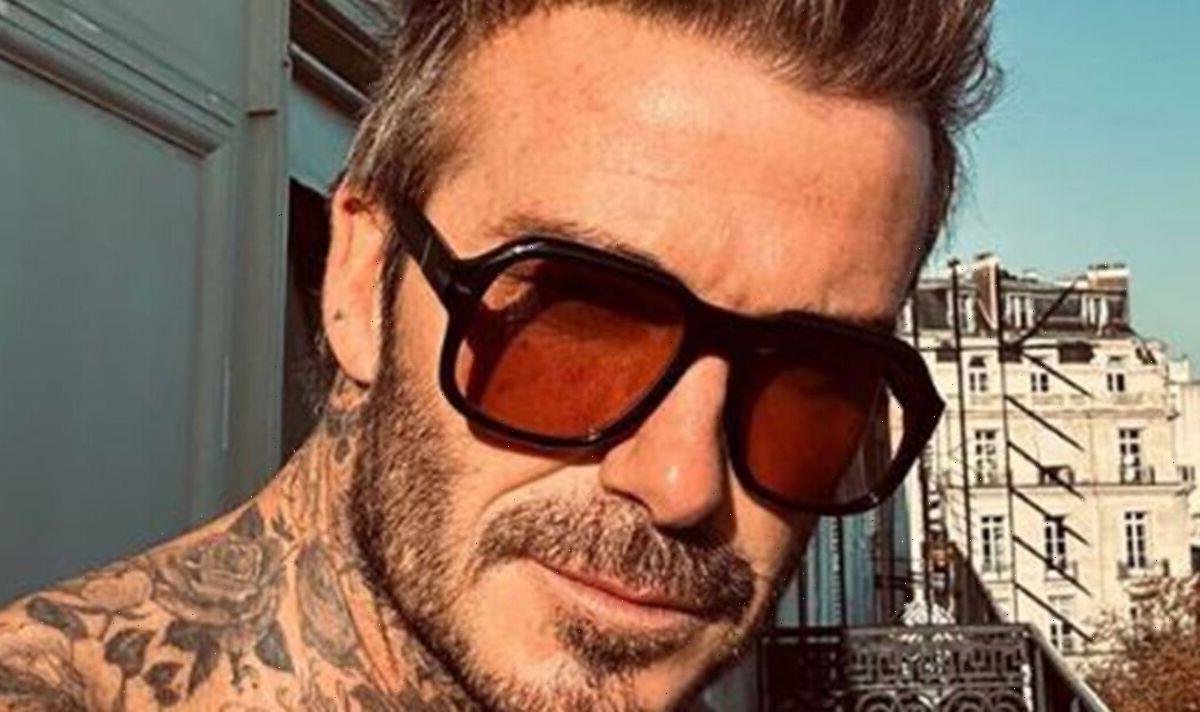 David Beckham jokes that wife Victoria is 'getting old'

David Beckham has taken to Instagram to reveal he’s considering wearing sunglasses to bed following wife Victoria Beckham’s new bedtime habit. The sportsman, 47, posted a sleepy selfie which saw him lying in bed with wife Victoria as he struggled to get some shut eye due to his other halve’s new purchase.

Gonna have to wear some @dbeyewear for bed soon

In view of his 75 million followers, the former England player shared a bedtime snap which showed his wife-of-20-year’s new habit before she fell asleep.

David penned: “So my wife has a new light for her book from Amazon WOW @victoriabeckham.

“To be clear there are no other lights on in the room.”

He went on to share a sticker which read: “Love and light”. 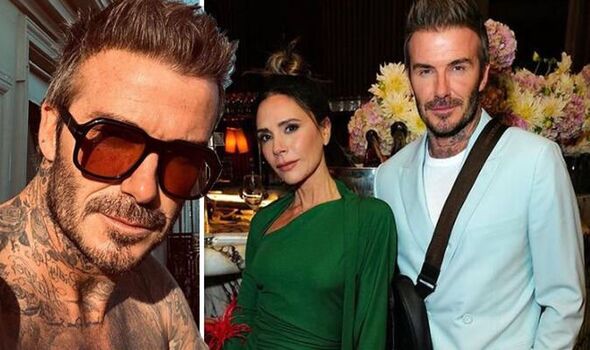 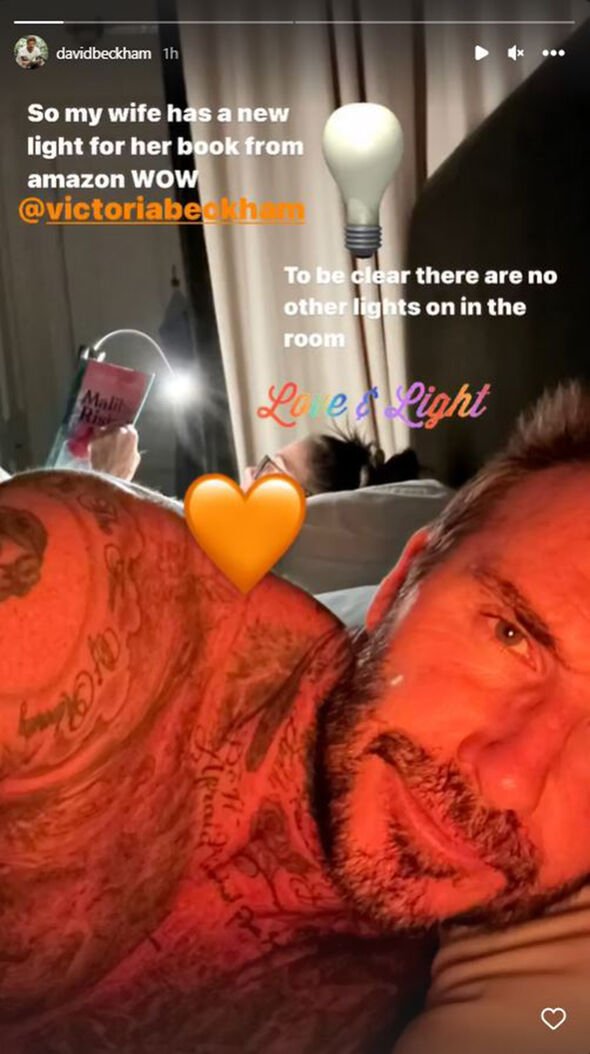 In the picture, a topless David lay on his side as he took a selfie, revealing his plethora of neck and chest inkings.

Victoria could be seen in the background reading a book with glasses on and her hair tied into a topknot.

The image was illuminated by a bright reading light the mother-of-four had clipped to the top of the novel, which brightly lighted the scene.

In his next snap, David came up with the perfect solution to his wife’s new nighttime habit. 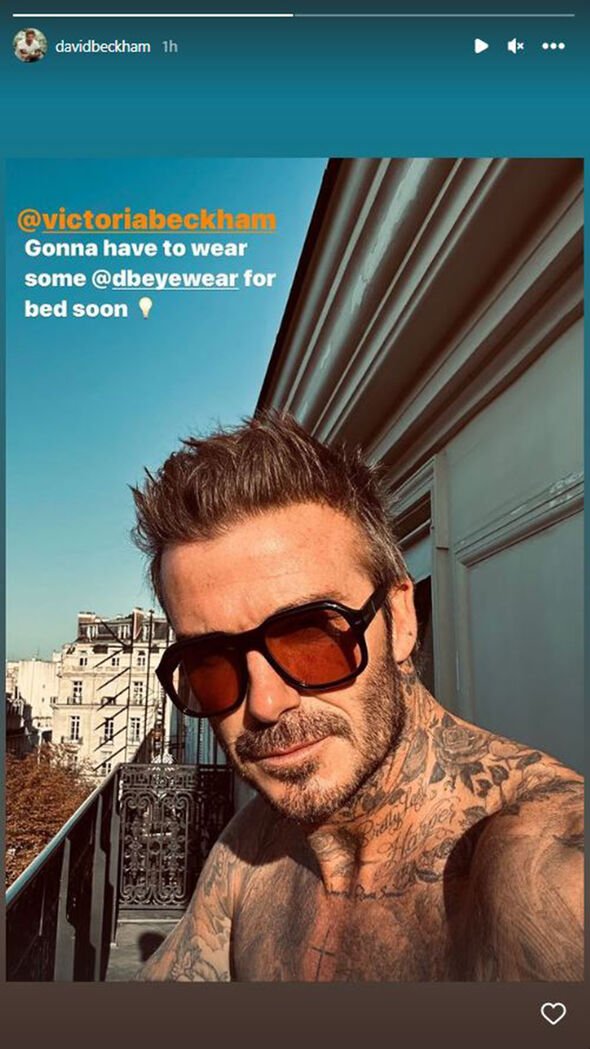 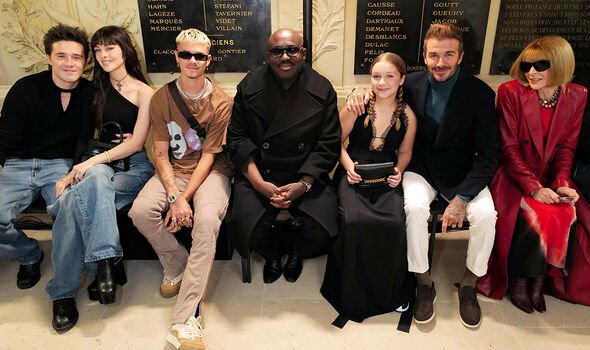 He wrote: “@victoriabeckham gonna have to wear some @dbeyewear for bed soon (sic).”

It comes after the sportsman shared an eye-popping shirtless snap in Paris, after attending his wife’s Spring/ Summer 2023 show at Fashion Week.

David looked handsome as he snapped a picture in front of the Eiffel Tower from his hotel, while revealing his heavily tattooed chest.

David captioned the picture: “LOVE YOU PARIS”, while tagging his brand DB Eyewear.

The star also spent precious family time with three of his children, daughter Harper Seven and two of his sons, Cruz and Romeo.

David documented their time in Paris which included eating snails and freshly baked croissants on their balcony.

In a post on his grid, the footballer gushed over his designer wife, telling her he and their family are “so proud”.

“Today we celebrate YOU @victoriabeckham.

“You have worked so hard to get to this moment so enjoy it but remember it’s only the beginning for you & team VB we are so proud of you.”

The star tagged their three sons and added the hashtag “HarperSeven.”