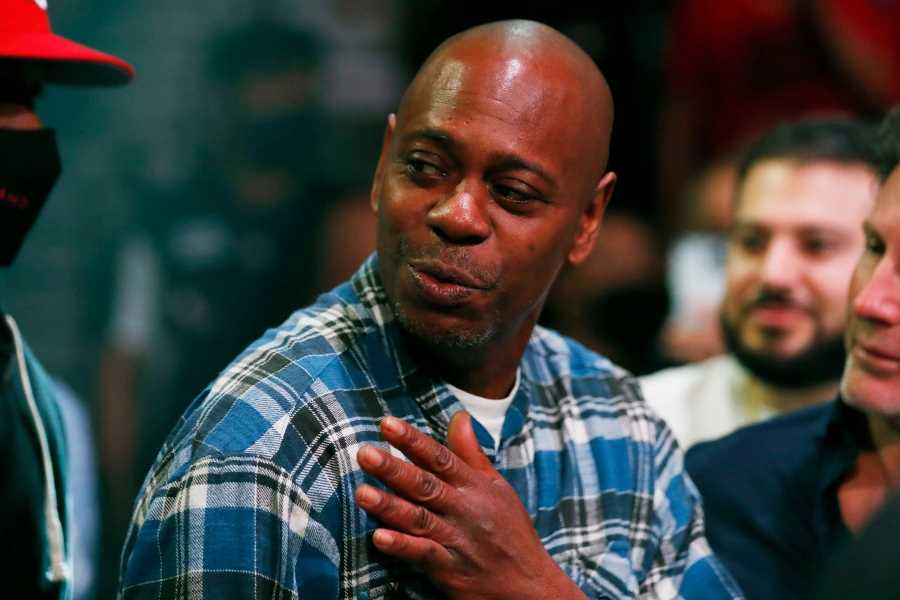 The man accused of barging onstage and tackling Dave Chappelle while possessing a replica gun with a switchblade pleaded not guilty to the attack in a Los Angeles courtroom Friday. A lawyer for the comedian requested a comprehensive stay-away order.

Isaiah Lee, 23, appeared in custody wearing a quilted blue protective vest and waist shackle. His right arm was bandaged and in a sling. He stood silently and didn’t address the court while his public defender, Chelsea Padilla, argued he should be released on his own recognizance because he had “no prior history of violence” and was on the cusp of transitioning to permanent housing through a community based nonprofit. Padilla said Lee had eight days to sign his lease or lose his place in line for the supportive housing.

The Private Lives of Liza Minnelli (The Rainbow Ends Here)

Padilla, who fought in vain to exclude media from the hearing, argued that police reports said her client’s alleged “weapon was not brandished at any time.” She said, at most, the allegation is that Lee was trying to reach for the replica gun during the scuffle that ensued after the initial tackle. She then confirmed her client suffered a “broken arm and significant facial injuries” in the ensuing melee. She pointed out that “video has been released of about 12 people stomping Lee while he was on stage.”

Los Angeles City Attorney Henrico Bautista revealed in court that Padilla’s motion to seal the arraignment included the argument her client has an undisclosed “mental health condition” and is receiving “mental health treatment.” Bautista said Lee “reached into his waistband and tried to use a folding knife” after he “charged a vulnerable victim onstage who was not expecting it.”

Before the judge denied Lee’s release and ordered him back to jail with bail set at $30,000, Chappelle’s lawyer appeared by phone and asked the court to issue a strict protective order that would kick in upon his release. He specifically asked that the order include the comedian’s residence in Ohio and “any venue at which Mr. Chappelle is performing.”

The judge granted the order, saying Lee must stay 100 yards away from Chappelle at all times and steer clear of his residences, venues where he’s performing, and the Hollywood Bowl, where the Tuesday night takedown occurred.

Lee was charged Thursday with one misdemeanor count each of battery, possessing a deadly weapon with intent to assault, unlawfully crossing from a spectator area onto a stage at a theatrical event, and interfering with or delaying such an event with unlawful conduct. The top two counts carry maximum sentences of up to six months in county jail.

Chappelle shared new details about the incident during a last-minute “secret show” at the Comedy Store’s 70-seat Belly Room on Thursday night, according to The Hollywood Reporter. Fellow comedian Chris Rock, who was slapped by actor Will Smith at the 2022 Oscars and also was at the Hollywood Bowl Tuesday night, joined him on stage as the men traded jokes.

Rock then said of Smith, “I got smacked by the softest n***a that ever rapped.”

Chappelle further revealed he was able to convince police to let him speak with Lee before the suspect was carted off to a hospital in custody. The comedian said Lee appeared to be mentally disturbed and told him he was trying to draw attention to the problem of gentrification in his grandmother’s Brooklyn neighborhood.

Lee’s brother, Aaron Lee, previously told Rolling Stone that Lee moved from New York to California after his grandmother died. He said his brother has been in and out of homeless shelters in Los Angeles in recent years and has struggled with his mental health. It wasn’t immediately clear if Isaiah Lee was referring to his deceased grandmother.

“He does take psych medicine, and that probably was a factor. And then maybe something triggered him acting like that. I don’t know,” Aaron Lee says. “He’s not the type of person to attack you for no reason. But if he’s not on his medication, and if he feels everyone is against him, maybe that’s it.”

Lee was charged by the Los Angeles City Attorney Thursday after the Los Angeles County District Attorney rejected the case saying the evidence didn’t rise to the level of felony conduct, even though Lee allegedly had a replica gun with a switchblade in his hand during the incident.

Replica handgun recovered from the suspect.

“What should have been an evening of laughter at the Hollywood Bowl this past Tuesday night was suddenly interrupted when suspect Isaiah Lee allegedly charged onto the stage and tackled comedian Dave Chappelle,” City Attorney Mike Feuer said in a video statement. “This alleged attack has got to have consequences.”